We’ll hit illegal foreigners, then big business, but we’re not ... 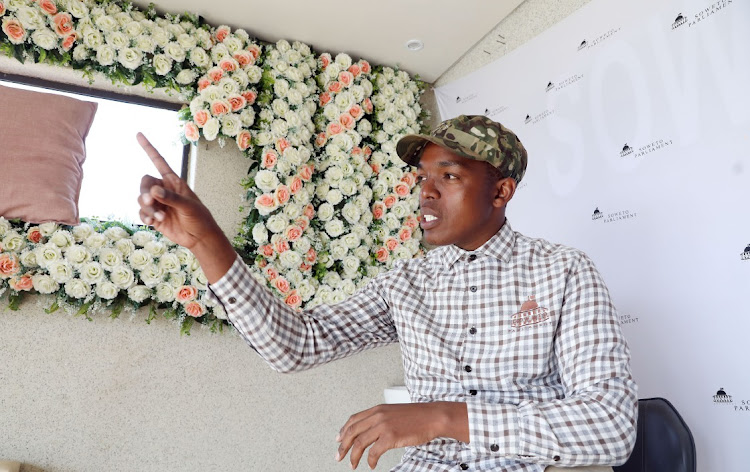 Nhlanhla Lux Dlamini says nothing will stop him and his movement from driving illegal foreigners out of South African townships and rural areas.

And, he said, those who believe the movement is xenophobic live in their own world.

The community activist is the leading figure in what has come to be known as “Operation Dudula”. It has been raiding homes and informal markets in Gauteng in search of undocumented foreigners.

According to Dlamini, mainstream politics has failed South Africans, who find themselves playing second fiddle in their own spaces, which have been “captured by illegal foreigners”.

It is for this reason he and others decided it was time to take matters into their own hands and “clean up and take ownership of our spaces”.

The offensive against illegal foreigners is just the beginning. The fight will intensify and be directed at big business to open up the industry to black people.

“We are not going to act like politicians and have a 20-year plan for such a simple thing of dealing with illegal foreigners,” said Dlamini.

Malema is working for his organisation, not for the country. That is the big difference. His [mission] is to serve his party’s needs, while ours is to serve the country’s needs. We cannot be compared with such nonsense. They do PR and we do real work on the ground.

Dlamini said the mission will operate wherever illegal foreigners are found.

Malema and politicians such as the Patriotic Alliance’s Gayton McKenzie and ActionSA’s Herman Mashaba are merely engaged in “PR stunts” to make their political parties relevant, charged Lux, saying this is why Operation Dudula is a grassroots, people-driven movement.

“Malema, for instance, is working for his organisation, not for the country. That is the big difference. His [mission] is to serve his party’s needs, while ours is to serve the country’s needs. We cannot be compared with such nonsense. They do PR and we do real work on the ground.”

Dlamini said his vision is to build a country of active citizens as confidence in politicians is at an all-time low.

To achieve this, every township and small town in the country must establish its own parliament to discuss issues that impact people’s lives and then take action.

This is not to create a parallel government, but to force the government to do what it has failed to do – serve people.

“I do not have ambitions for political office. I have already been offered those stupid things, but I hate politics. I would be selling out if I ever dare join the current political environment.

“Right now in our activism work, our operations are more successful and impactful than those of politicians, who are a losing team.

“From our vibrant structures that will be emerging from our communities we must then take power from politicians or at least share it with them, but we cannot vote and sit back hoping politicians will do the right thing.”

Dlamini said outside their day-to-day operations Operation Dudula is launching branches across SA.

Theirs is an unstoppable train determined to reclaim jobs and businesses for South Africans.

“People are scared of being called xenophobic, which is nothing but a hiding excuse for illegal foreigners.

“To me it does not matter. You can call me anything you like. You can call me xenophobic all you want, I do not care. Mine is to ensure that our mission is completed and the future is guaranteed and secured for South Africans.”

EDITORIAL | Grow a backbone and be decisive on Israel, Mr President