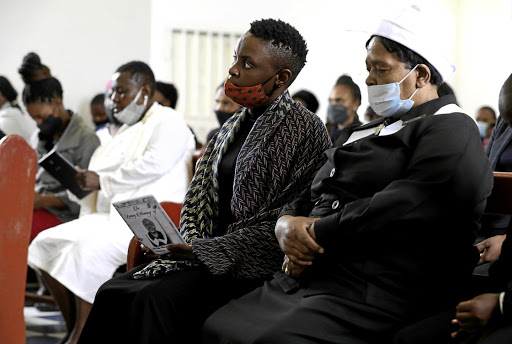 STRIPPED OF A LOVED ONE Lungelo Xakaza, the daughter of the late Fikile Ntshangase, and Nozipho Xakaza at Ntshangase's funeral at Umphumulo, in KwaMaphumulo, outside Durban.
Image: Sandile Ndlovu

To celebrate our award-winning journalism, Sunday Times Daily is republishing some of the best articles of the year, including those that walked away with an accolade in the Vodacom journalism awards. Sunday Times journalists Matthew Savides and Orrin Singh, photographer Sandile Ndlovu and audio producer Paige Muller were jointly awarded in the Sustainability category (KZN region) for a series of stories on the murder of anti-mining activist Fikile Ntshangase, who was gunned down in her Zululand home. The articles looking at the deadly clash over a mine expansion were also published on Sunday Times Daily and TimesLIVE, and as part of the “Boots on the Ground” podcast series.

These were the last words of Fikile Ntshangase, an anti-mining activist gunned down in KwaZulu-Natal nine days ago.

At about 6.30pm last Thursday, as she chopped vegetables, she was on the phone to a friend, Victor Langa. Ntshangase was deeply religious and Langa was playing her a gospel song. Then gunshots rang out.

It wasn't a thunderstorm. His friend was dead. Assassinated. Langa was the last person to hear her voice. A short while later neighbours ran to the house. Three men were seen running away. No arrests have been made. 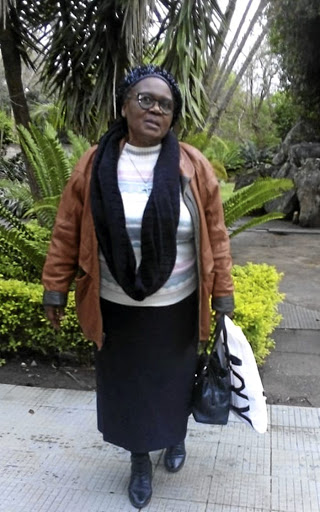 Ntshangase was lying face-up in a pool of blood. At least one shot was fired as she lay on the ground. A single bullet hole in the floor of her Somkhele home indicates this.

The activist's death has been blamed on a "culture of intimidation" within a community deeply fractured over a proposed 220km² expansion to the Somkhele anthracite mine on the border of the Hluhluwe-Umfolozi Park. The expansion is the subject of three court cases, one of which will be heard in the Supreme Court of Appeal this week where it is argued that the mine should be interdicted from operating until it obtains environmental authorisation. In a parallel case, set for March in Pretoria, community members want the mining rights granted in 2016 to be set aside. Meanwhile, Tendele Coal Mining is suing the 19 families who are refusing to move to determine the amount of compensation they are entitled to - a possible precursor to eviction proceedings.

The family of 63-year-old Ntshangase is not one of those but she took a leading role in the Mfolozi Community Environmental Justice Organisation (MCEJO), a vocal opponent of the mine.

Tendele has operated the Somkhele mine since 2007. In 2016 permission was granted for an expansion.

Though the area is not currently being mined, it is this right that has put the community at loggerheads.

Kirsten Youens, an environmental lawyer who will be in the appeal court in Bloemfontein this week, said two anti-mining activists survived attacks in April.

Tholakele Mthethwa, a member of one of the 19 affected families, was targeted in a drive-by shooting, and gunmen confronted Sabelo Dladla, 27, the main applicant in both legal battles.

Dladla has since withdrawn from both applications.

"For the last year there's been a general feeling of intimidation," said Youens. "It's gone way past intimidation now. I don't know how these people are actually surviving. They are the most incredibly courageous people."

Johan Lorenzen, another lawyer involved in the cases, believes Ntshangase's anti-mining stance was central to the hit. "If this was linked to the mining… it's understandable why she would be chosen," he said.

• 2007 - The year mining rights were granted for the Somkhele mine

Lorenzen has hired two private investigators to assist in the investigation. They were at Ntshangase's post-mortem examination on Tuesday, when six bullets were recovered from her body.

Ntshangase's daughter, Lungelo Xakaza, 30, said: "She was very feisty and outspoken. She made sure that what she felt or what she thought was heard."

She said her mother had recently become concerned about the way meetings against the mining were going.

"She started telling all committee members [of the MCEJO] that she felt unsafe," she said.

Xakaza, Lorenzen and Youens confirmed that Ntshangase was offered R350,000 to support the mine. She refused and was prepared to sign an affidavit stating who had made the offer. Exactly two weeks later she was dead. 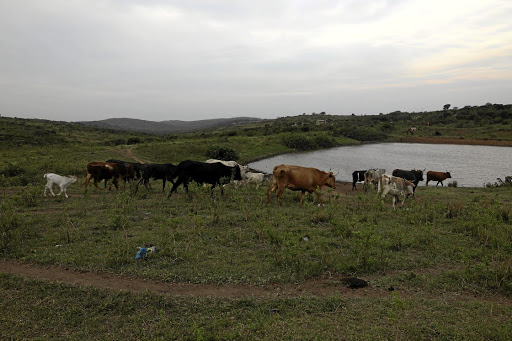 Residents of Ophondweni, in Mtubatuba, allege that several people who have objected to the expansion of the Somkhele mine in the area have been victims of violence and intimidation.
Image: Sandile Ndlovu

The local induna (headman), Langalethu Mkhwanazi, said a meeting was held on Tuesday but Ntshangase's death was not the main discussion point. He said the traditional council, in spite of the violence, "cannot change its tune" in support of the mine. Jobs in the impoverished community, he said, were the key - because "that will help people".

Mkhwanazi suggested the activist's death could be linked to "internal conflict" over community meetings, claiming some members were paid to attend, or to an inheritance. Lawyers denied both claims.

Tendele chief executive Jan du Preez said the mine was working closely with community leaders, an interministerial task team assembled by the KwaZulu-Natal premier and the minister of mineral resources, to ensure stability in the area.

"We remain committed to a sincere engagement with MCEJO and all members of the community in an effort to find a solution that benefits all and to listen with respect and humility to their concerns," he said,

Du Preez said if Tendele did not obtain permission to expand, the mine would close within two years.

Kill or be killed: that’s the reality for kids in the Cape’s ganglands

Game of thrones: A battle for Zulu riches