Paramount, which says a rival stole its intellectual property, has obtained a rare Anton Piller order 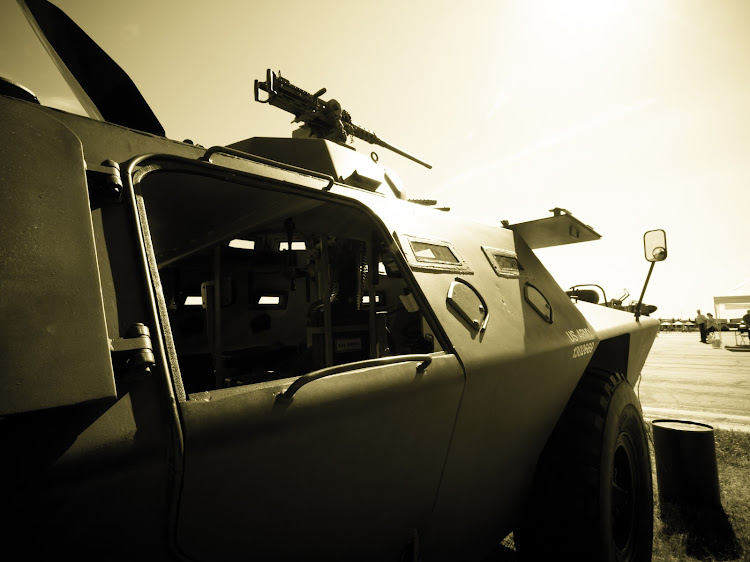 Two local arms manufacturers are locked in a court battle over a dispute about the ownership of the intellectual property (IP) of an armoured military vehicle.

According to attorneys Cliffe Dekker Hofmeyr’s website, an “Anton Piller order is an extremely powerful order and exceptional form of injunctive relief. It allows for the search of premises for vital documents and/or material set out in the order and the removal of such documents to be placed in safekeeping pending the normal discovery process and trial.

“An Anton Piller order is therefore highly invasive, brought without notice and theatrically adds an element of surprise.”

According to legal experts, such a secret order is rarely granted because of its invasive nature and is granted to preserve evidence that would otherwise be lost or destroyed.

In an affidavit before the court by John Craig, Paramount’s director and executive chairperson, says he only became aware that Twiga has been successfully marketing a vehicle branded as the Nyati to customers abroad after news reports in early August.

The reports also mentioned that the Nyati’s development and testing was concluded early in 2021 and that a technology transfer agreement was under way with a launch customer elsewhere in Africa.

According to Craig’s statement, he noticed a “striking similarity” between the Nyati and Paramount’s Gila vehicle, which was originally designed between 2006 and 2012. It was first designed by a now defunct company called Industrial and Automotive Design (SA), better known as IAD.

Shares in IAD were purchased in 2012 by Paramount Combat Systems, a Paramount Group company which was liquidated in 2018. Paramount Land Systems, the current applicant in the court case, purchased all IP from the liquidated company, including the data pack for the Gila.

When IAD was selling the Gila, it contracted Ivema, another SA company, to handle marketing and sales. Damian de Lange, a former general in the SA National Defence Force (SANDF), was the CEO of Ivema until 2011. During this time about 57 vehicles were produced and delivered to clients.

The reports also mentioned that the Nyati’s development and testing was concluded early in 2021 and that a technology transfer agreement was under way with a launch customer elsewhere in Africa.

As the seller of the Gila, Ivema was provided with a complete electronic version of its data pack, as prospective clients usually insist on records of all the details and testing of a product before considering buying it.

According to Craig, it appears De Lange kept copies of the Gila data pack after Ivema was deregistered.

“The respondent has now used the Gila data pack to develop the Nyati vehicle,” he states.

JJ Weideman was one of the key designers of the vehicle and is now employed by Paramount, with other designers. Craig says every drawing in such a data pack contains the initials of the designer of a component. The full pack consists of more than 1,600 drawings.

The computer-generated, measured drawings and a flow-chart show in detail how the vehicle is assembled and can thus (if obtained by another manufacturer) be used to build a similar vehicle.

De Lange became CEO of Twiga in 2011 and, according to his LinkedIn profile, the company concentrates on Sub-Saharan Africa, South America and parts of Asia in the “development of indigenous and local capabilities through client-driven acquisition programmes”.

According to Craig’s statement, the original designers have done a technical comparison and analysis of the two vehicles. They all reached the same conclusion — that the vehicles are mostly “virtually identical”.

As an Anton Piller order usually deals with infringements of the Copyright Act, Craig argues that Paramount is the legal owner of the copyright to all the design components of the Gila and therefore has a range of exclusive rights to what happens with the data pack.

These include any reproductions in any manner or form and making adaptations to the work without any licence agreement or the permission of Paramount.

Twiga and Paramount did not respond to enquiries. The former was emailed questions a week ago. According to the Anton Piller order, granted by acting judge Elizabeth Baloyi-Mere, Paramount is not allowed to disclose any of the details gained during the execution of the order.

A group of independent consultants in the defence industry, as well as a professor and independent forensic computer analysts, formed part of the “raid” group on Twiga’s premises in Persequor Techno Park, Pretoria.

The group had permission to search cloud storage, the computer server and all hard drives, or any other electronic or data storage devices on the premises. The information gained has to relate to Paramount’s case. Twiga also had to supply all passwords and procedures for the team to gain access to its computer systems.

DA gets its Gauteng coalition ducks in a row

‘It was very easy to say he died of Covid’: ‘poisoned’ top cop’s family