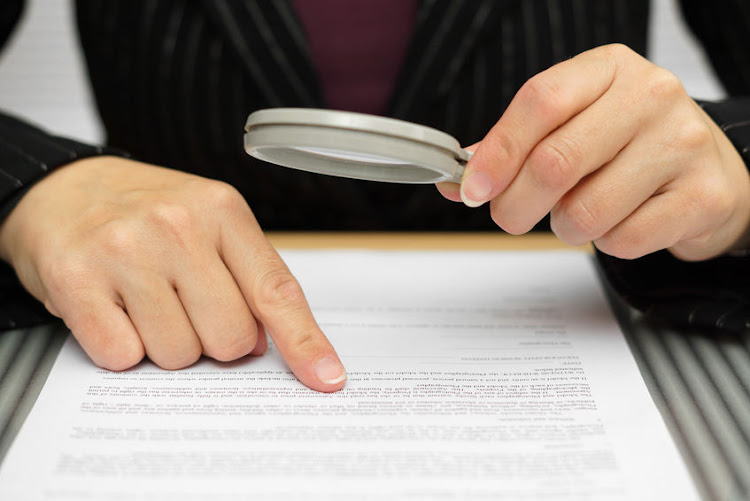 A KZN woman has lost her court battle to have her relationship with her married boyfriend be declared a universal partnership
Image: 123rf/ bacho12345

The girlfriend of a wealthy “philanderer” has failed in her attempt to have their relationship declared a universal partnership to lay claim to half his estate.

Sylvester Ndoora was married and had four children with his wife, Kheta, and four other children by four other women, when in May 2015 he met Makhwenene Magwaza, who worked as a business adviser at his bank.

He did not disclose he was married, “presenting himself as a single, unmarried man”, Pietermaritzburg High Court acting judge Rob Mossop said in his recent ruling against Magwaza.

“There can be no doubt that Ndoora was a philanderer in the true sense of the word ... He appeared to love life, women and fathering children,” judge Mossop said — a fact alluded to by Kheta Ndoora in her opposition to the application.

Ndoora was a hydrogeologist by trade but had diversified and at the time of his death from natural causes in December last year was a director of five companies.

In her claim, Magwaza said when they met, Ndoora lived alone in a house in Bisley in Pietermaritzburg.

At his instigation, she had bought, and paid for, another property in the city so that they could live together.

Ndoora did not contribute one cent towards this, she alleged.

It was only in 2018, that she became aware of the existence of Kheta, whom he had married in Zimbabwe in 1998.

She said during their relationship, she had contributed vastly to his businesses, had helped him to “network”, had assisted in filling out potential tender documents and had been responsible for his “personal image and health” — down to what type of clothes to wear.

Apart from R210,000 she spent renovating the Bisley house, she had also done the interior decoration, had provided him with advice on the potential purchase of two other properties, had managed his diabetes and made sure he was properly insured and on medical aid.

He had taken her to Zimbabwe four times to meet his family, he had bought her a car and they had become engaged at Sun City in 2019.

But judge Mossop said there were many disputes of fact and Magwaza had a “weak case”.

Kheta Ndoora, in her affidavit, said she and Sylvester jointly owned the Bisley house. Her husband had only stayed there when he was doing business in Pietermaritzburg and lived permanently with her in KwaDukuza.

She said when she went to fetch his clothing after he died, the house was not renovated and had the same furniture as in 2014.

From documents provided to the court, judge Mossop said it appeared that Magwaza had once done some work for one of Ndoora’s companies, but she had been paid for it.

“The allegations about her contribution to the success of the deceased are bereft of any detail. She does not explain what networking means. There is no evidence to demonstrate the financial growth (of his companies) she claims,” Mossop said.

He said while some of the evidence pointed to “a level of intimacy” between Ndoora and Magwaza, they did not fulfil the legal requirements of a “tacit agreement” that there was a universal partnership.

In fact, he said, there were compelling facts that showed there was no such agreement, even on Magwaza’s own version in which she claimed to be a victim of his “wicked scheme” and she had been a “mule” to enrich himself by exploiting her position, power and influence.

Magwaza also claimed that Ndoora had “hoodwinked” her.

“If her description of his conduct is accurate, such conduct is not reconcilable with an intent to pool assets ... or to agree to the creation of a universal partnership ... it does not appear to accord with his freewheeling lifestyle,” Mossop said.

“The only person he had any fixed arrangements with was with his wife.”

The judge said Ndoora had kept control of his assets and had hidden the true state of his personal life from Magwaza.

With regards to the enrichment claim, he said it was not clear how much was alleged to be involved “and it is for the parties to properly plead their cases and not for the court to speculate”.

He dismissed the application, ordering that Magwaza pay the legal costs.