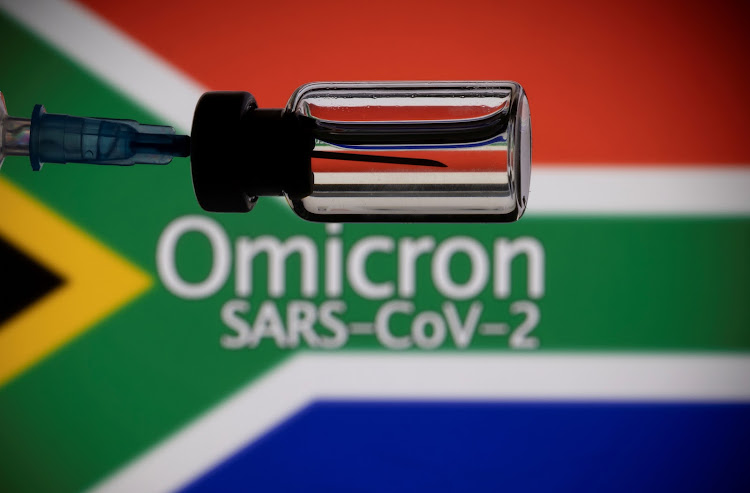 SA is seeing an increase in Covid-19 reinfections due to the Omicron variant but symptoms for reinfected patients and those infected after vaccination appear to be mild, a scientist studying the outbreak of the new strain said.

The new variant, which has caused global fears of a surge in infections, was first detected in Southern Africa and is fast overtaking Delta to become the dominant variant in SA, where case numbers are rising dramatically.

“Previous infection used to protect against Delta but now with Omicron that doesn’t seem to be the case,” said Anne von Gottberg, microbiologist at SA’s National Institute for Communicable Diseases.

She told an online news conference hosted by the World Health Organisation (WHO) that she and her colleagues believed reinfections with Omicron and breakthrough infections in vaccinated patients would feature less severe symptoms.

Previous infection used to protect against Delta but now with Omicron that doesn’t seem to be the case.

Von Gottberg said the travel bans imposed by many countries on passengers from SA were having a negative impact on the logistics of scientific research into Omicron.

“There are fewer flights to choose from to bring in reagents, to bring in equipment, in addition to sending out specimens and isolates for people to be able to then work with Omicron,” she said.

Isolates are cultures of micro-organisms isolated for study.

African leaders have complained about the travel restrictions, saying their countries are being penalised for their transparency in reporting data on the new variant.

More than 50% of African nations can now do the genomic sequencing to identify the variant, the WHO said, and those that cannot are partnered with nations that can.

WHO officials said Covid-19 vaccination was improving in Africa, with five countries including SA now having vaccinated more than 40% of their populations, though coverage remained low elsewhere.

At a separate online news conference, the head of the Africa Centres for Disease Control, Dr John Nkengasong, said supplies of vaccines to the continent had improved.

“Vaccines are beginning to flow to the continent in a predictable and steady manner,” he said, adding that the challenge now was to ensure those supplies were used, in a context where vaccine hesitancy remains high.

“The uptake is not as we would have loved to see,” he said.

Some African countries had delayed the deliveries of vaccines, including those of doses provided under the AU’s African Vaccine Acquisition Task Team, he said.