A family that sprays together, stays together ... sprays Toyotas, that is

Meet the Fouries, whose passion for the brand has turned their Klerksdorp home into a museum crammed with classics 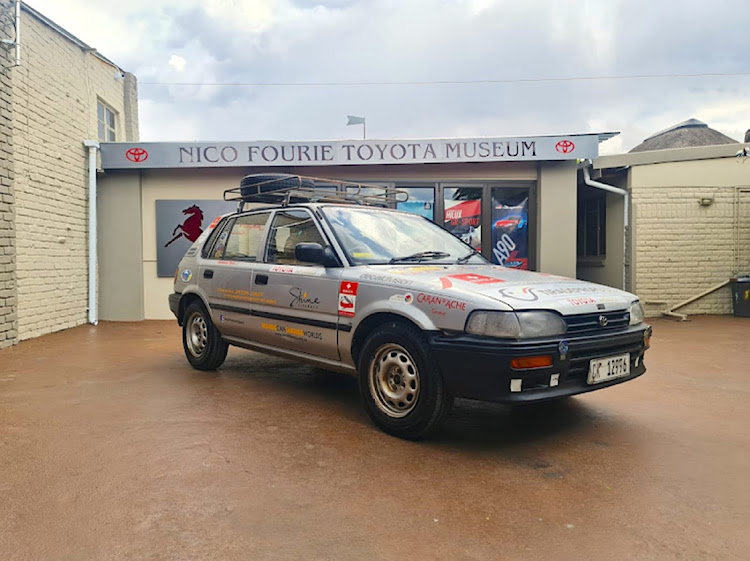 Tanya Fourie and her son, Dirco, 12, are petrolheads.

Their modest Klerksdorp home is crammed with classic Toyotas in a collection that husband and father Nico — who was at his auto workshop during Sunday Times Daily’s visit — has been assembling for the past 30 years.

The family currently owns dozens of cars, almost all of them Toyotas, most of which have been painstakingly restored, literally from the tyres up.

Showing Sunday Times Daily around the showroom tacked on to the back of their house — officially called the Nico Fourie Toyota Museum — where some of the world’s rarest Toyotas are parked bumper to bumper, Tanya says she and her family are simply besotted with cars.

“What you see is our passion. We live for cars,” she says. “The great thing about it is the three of us can do it together.” 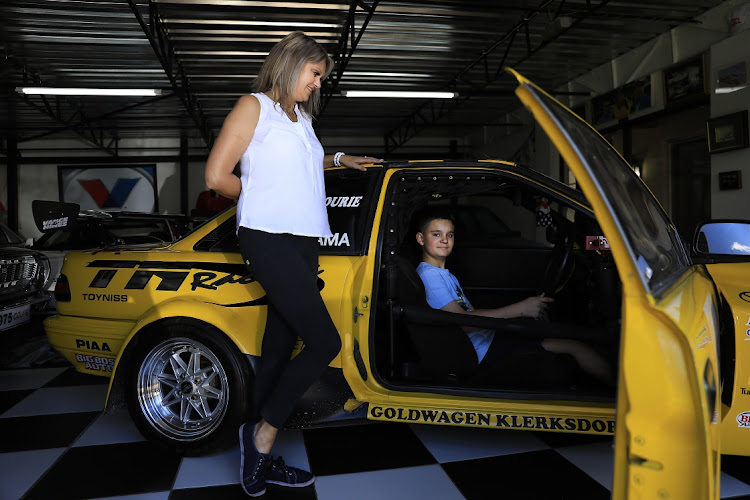 As he keys the ignition of a bright red — and rare — SR5 Coupe, Dirco points out that the collection now stands at 71 cars, including such gems as three KE30 coupes — one for each of them — Cressidas, vintage Hilux bakkies and an immaculate Corolla 16-valve Sprinter.

Finding the cars is a labour of love in itself. Sometimes their friends tip them off about cars for sale. If Nico wants a specific car, he’ll search for it on Facebook or in the classified ads.

“His father had a Corona Mk 1 bakkie,” says Dirco, “but his very first car was a Corona Mk II.”

Nico trained as a mechanic, working first at Nissan and later at Toyota, and now runs an auto-repair business in the town. Half his workshop stores the overflow from the museum.

One benefit of collecting Toyotas is that they are reliable and also do not attract the same sky-high prices that other collectible cars do.

“It’s better to drive a Toyota because you can actually repair it.”

“We just prefer the older ones,” she says. 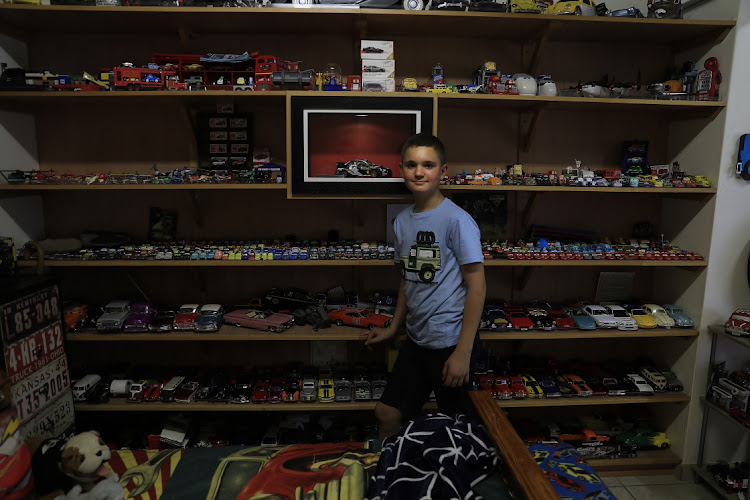 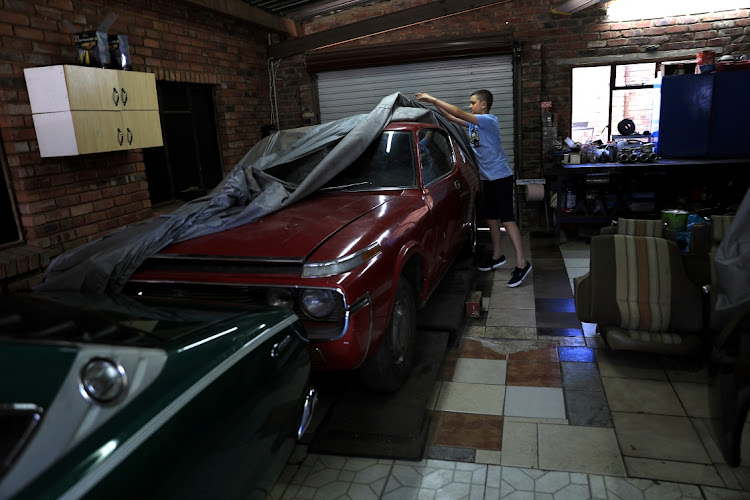 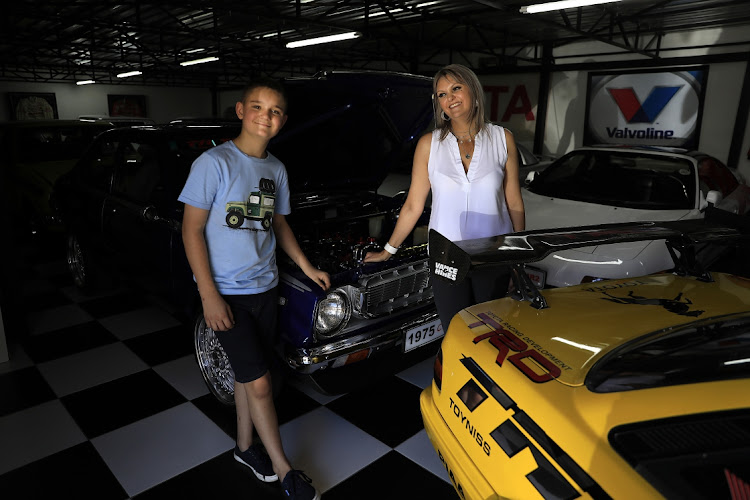 Dirco gives a running commentary as he walks around the museum: “This one has Weber carbs. This one doesn’t have the turbo. This is a Corona Mk II two-door — it was an old lady’s car. This one has tiger hex rims.”

“We’re grateful that he shares the passion,” she says. “Because the children of today don’t care about anything; they just sit and play games and stay indoors. Mine is always busy with one or other car.”

The rarest cars in the collection are a two-door Toyota Crown — the only one in SA — followed by a pair of 1964 Tiara bakkies.

There are also two SR5 LDVs — nicknamed “Tolla” and “Van der Merwe” — that the workshop uses as runabouts in town. Tolla, currently sporting a neat yellow paint job, has more than a million kilometres on the clock.

It has also been written off four times in accidents.

“Every time, he [Nico] says ‘bring it to me’ and he rebuilds it,” says Tanya.

Rebuilding cars is part of the deal and they are not afraid to get their hands dirty.

Parts are readily available for almost all the cars, although many have to be imported for the more rare models.

When he was five years old, Dirco selected the metallic blue paint job — he knows all the codes for every paint scheme, just ask him — for a KE30 coupe that Nico was busy restoring for him.

Tanya’s own coupe has been tricked out with a button clutch, difflock and chromed tappet cover and pipes.

He says I’m wasting his time with school because he can drive, build cars and fix engines.

“I don’t think just any woman can drive it,” she says. “It’s a bit hectic with the clutch and the turbo. You have to know what you’re doing — you can’t just go at 20km/h, you must just go!”

Outside, Dirco shows us his pride and joy — a beautiful green coupe that he rebuilt without help from his parents.

“This was a brak,” he says. “It had rust everywhere. The boot couldn’t even open.”

He resprayed the car himself and painted the engine with a small brush. He climbs behind the wheel, turns the key, and the 1300cc motor burbles into life.

“He loves this car,” says Tanya.

Dirco plans to follow his father into the trade.

“He says I’m wasting his time with school because he can drive, build cars and fix engines,” Tanya says.

The museum’s latest acquisition is “Tracy”, a well-travelled 1997 Toyota Conquest that octogenarian Julia Albu drove alone from Cape Town to Cairo and then around Europe in 2017.

Albu became an overnight media sensation as she drove through Africa. After her death in August, her family sold the car to the museum.

“I would love to do something like that,” says Tanya.

The museum is open at weekends to anyone interested in cars.