The Anthropause: did lockdown let Earth breathe or create false ...

Experts from Wits have expressed hope and horror in equal measure 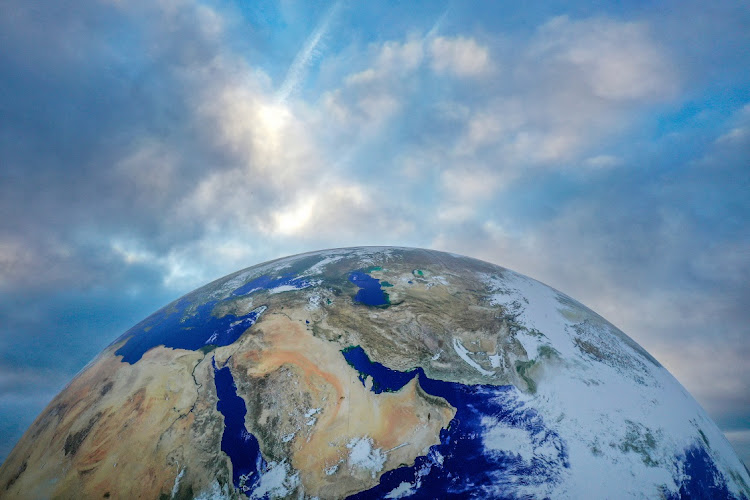 BRIEF REPERFECTION For a brief moment, human beings stopped overconsuming natural resources when they were forced to stay at home because of the pandemic.
Image: Christopher Furlong

When the global village was locked down because of the Covid-19 pandemic, there was a brief window when the environment was relatively free of human activity.

That era, called the Anthropause by scientists, led to some genuine gains, such as a huge drop in carbon emissions and air pollution.

It also led to a flurry of fake photographs that had many believing dolphins were frolicking in the canals of Venice and other such unlikely happenings.

So was this really a chance for Earth to rejuvenate without buckling under the weight of overconsumption of resources by human beings or was it merely a chance for scientists to take out their measuring cups with a convenient “before and after” moment?

On Wednesday, experts at Johannesburg’s Wits University weighed in on this fascinating debate in a webinar organised by the health sciences faculty. They did so from across a wide spectrum of optimism and pessimism.

Prof Amanda Esterhuysen, head of Origins Centre at the university, said since the post-World War 2 era, the “impact of humans on Earth has increased and accelerated at a dramatic” rate and virtually continued non-stop ever since.

She said the hard lockdown raised the question of whether we as a species had been “able to reset and build back better” or whether “we simply pressed play and let life continue as before”.

Given the history of plagues such as small pox and Spanish flu, and the two world wars, it is clear “human beings have shown innovation and that there has been change” brought on by those events.

However, “political systems” are very slow to reflect the changes individuals can make in their daily lives.

The Anthropause has not reduced inequality or social justice, and it has not enhanced sustainability on a global scale. It gave scientists an opportunity to observe and collect data, but the ecological effect of the pause will be very short-lived.

She said: “The Anthropause has not reduced inequality or social justice, and it has not enhanced sustainability on a global scale. It gave scientists an opportunity to observe and collect data, but the ecological effect of the pause will be very short-lived.”

Where it could be “more enduring”, she said, is “as a symbol that can influence long-term behavioural and political responses”.

This was the first time in history the experience of lockdown was shared and spread across communication channels, Esterhuysen said.

“Based on this, the key question is whether that symbol has inspired governments to push for reform or whether it was misleading in the sense that the portrayal of it creates too much comfort about the resilience of nature.”

This false sense of nature’s ability to bounce back might cause people to “justify yet another online purchase” or a government to “open another mine”.

The ensuing comfort of believing nature bounces back ignores the role of economic and political systems that allow the exploitation of Earth’s natural systems and all meaningful discussion then falls away, she argued.

Researcher Celine Klinkert said human beings are capable of changing their ways, so hope is not lost.

With population growth and the use of fossil fuels for the past century, we’re staring at a planet that’s severely damaged by “overconsumption” by one species on that planet, and that’s us, she said.

But we have agency over this.

Since the 1980s, the concept of sustainability has been given many different definitions, but remained “rather vague”, according to Klinkert. Ultimately, however, we as a species should and can “coexist with other species without over-consuming, so that the systems of the planet keep working”.

She said the Anthropause “was a way into seeing that when we are forced to change, and there is an immediate threat and we have to make changes to avoid dire consequences, we can”.

“When we have to be, we are a very adaptable and resilient and intelligent species that is very capable of coping with changes. I truly do believe that we can change, but that push has to come from every government in the world and has to be a global cooperation,” Klinkert said.

The agency we have as a species comes down to day-to-day solutions, such as conserving water in the southern hemisphere, where droughts are a threat.

When we have to be, we are a very adaptable and resilient and intelligent species that is very capable of coping with changes.

This is not only in “our own lives”, but also in bigger systems such as using drip irrigation to water crops.

Using solar energy for electricity is another brilliant region-specific solution for us.

“This is such an accessible resource,” she said, adding that the greening of spaces is also paramount because it brings the temperature down.

Referencing the concrete landscape of Sandton in Johannesburg, she said rooftop and vertical gardens might seem like a small change, but can make a big difference to the environment.

On the more pessimistic end of the scale is biologist and sungazer lizard expert Shivan Parusnath, who said he can’t help but take a “nihilist” view of what the future holds.

Referencing the slate of fake photographs of “nature bouncing back”, he said the Anthropause was more just a useful time to “conduct experiments and see what happens when we’re not there”.

While there were some positive repercussions for nature, there were “also lots of ways in which us taking a step back caused problems” because it halted work that is done to rectify other messes we’ve made with the systems.

For example, coral reefs that are regularly treated with fungicide to try to reverse the damage humans have done to them were left untreated during the Anthropause and “massive die-off had occurred”.

Also, he said, “rats have been a huge problem on islands like New Zealand, where they decimate wildlife. Natural populations can only bounce back if rats are controlled, but during lockdown, eradication of rats was paused and rats have gone back to consuming natural fauna.”

Ultimately, said Parusnath, “it is conceited for us to think that our stepping back temporarily allows Earth to go back to normal. That’s not possible because of what we’ve already done.”

Where the Anthropause may have had some long-term effect is on our thinking about the environment and that’s the only hope to have come from it.

“It forcefully put it into our faces that we are part of nature. The temporary pause may not have had a big impact on a larger scale, but it can affect our thinking and it is up to us to think — as the world goes back to normal — about our carbon footprint and whether we can give up some of our own enjoyment for the sake of the planet.”