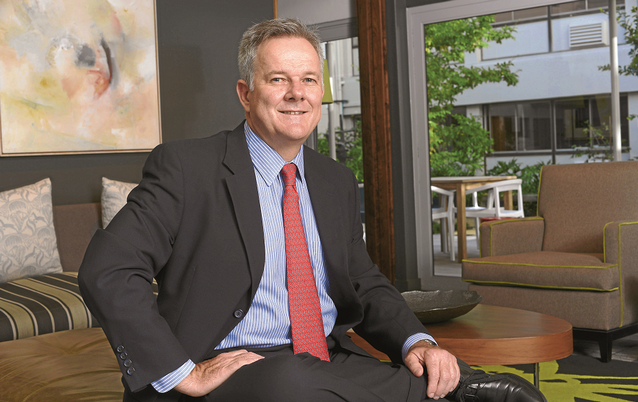 In what has perhaps been one of the year’s most anticipated transactions, Dutch brewer Heineken has made a firm offer for JSE-listed Distell in a deal that values Africa’s largest cider producer at R40.1bn.

That Heineken, the world’s largest cider producer and Distell, the world’s second largest, with brands including Savanna and Hunter’s Dry, were in talks was announced in May. However, until Monday there had been scant information about the deal, which sees an offer of an effective R180 a share being made to Distell.

Details of the complicated transaction were unveiled by Distell CEO Richard Rushton and CFO Lucas Verwey in an investor webcast on Monday morning.

In terms of the transaction, Heineken, which at the same time is making a separate offer for 59% of Namibia-listed Namibia Breweries, will bring its premium beer brands, including that 59% stake, into a new unlisted company called NewCo, with most of Distell. The exception is the JSE-listed group’s international Scotch whisky business. In terms of the deal on the table, Heineken will retain a minimum 65% controlling interest in NewCo.

The whisky business will be housed in a separate company called Capevin, in which Remgro, which has voting rights over 56% of Distell’s shares, will retain a controlling stake (of more than 50%), with Heineken a minority interest.

We are very pleased to officially announce we’ve received a firm offer from Heineken that would create a world-class diversified southern African-focused alcohol beverage champion.

Announcing the deal, Rushton said: “We are very pleased to officially announce we’ve received a firm offer from Heineken that would create a world-class diversified southern African-focused alcohol beverage champion. This landmark deal brings together the complementary skills of brands across categories, route to market, people and broad-based skills of Distell, Heineken and Namibia Breweries to better serve our customers across the region.

“The combined entity that will be created will also have a very significant presence in  African markets.”

Rushton said on a number of occasions that Distell had gone on record to investors and analysts saying a “premium beer would make a magnificent complementary rounding off of the Distell portfolio, and would allow us to capture significant growth and potential market-share opportunities both in Southern Africa and in critical markets on the African continent”.

“We have always been on record as pursuing a premium beer offering as part of our strategic fit and it goes without saying that being with the world’s second-largest brewer and, without question, the premier premium beer in global beer, this transaction, together with the inclusion of Namibia Breweries, does propel Distell and the two other parties, Heineken and Namibia Breweries, into a very strong competitive position to grow and become more relevant to consumers and customers in Southern Africa and in adjacent markets.”

Global Heineken CEO Dolf van den Brink said the company had built its business in Africa “over 100 years” and this deal was a “vote of confidence in the long-term prospects of SA and Namibia”.

Negotiations with Heineken have been rigorous and intense.

Van den Brink said the group was committed to “being a strong partner for growth and to make a positive impact in the communities in which we operate”.

This included the “in-scope assets”, which would see a combination of Distell’s wine, spirits and cider business, with 100% of Heineken SA, as well as Heineken’s export markets in Kenya, Tanzania, Uganda, Botswana, Zambia, Zimbabwe, Eswatini, Lesotho and South Sudan, plus 59.4% of Namibia Breweries.

These assets will be housed in NewCo, in terms of which all Distell shareholders will have the opportunity to retain shares in that new structure or take cash of R165 a share to exit it. There will also be a third option for shareholders, namely a part cash and share consideration at a fixed ratio of 42% cash and 58% shares.

“The one condition is that Heineken must hold a minimum of 65% in NewCo.”

Verwey said the “out-of-scope” assets will include the international whisky business of Distell, which will be “carved out” into Capevin, where Remgro will retain control, with Heineken having a minority interest.

Just to position this, sellers or investors in Distell on the one side of the equation will always feel they can get a better price and conversely Heineken, in this stage, will always feel they’ve paid too much. Negotiations with Heineken have been rigorous and intense.

Verwey said all these steps in both legs of the transaction can “only be implemented if we obtain shareholder approval and all regulatory approvals in due course”.

During the question session after the webcast presentation, Investec investment analyst Anthony Geard asked whether the cash offer “falls some way short” in terms of the value of Distell.

He said Rushton “provided a very compelling” rationale for the transaction, with the Distell CEO having “spoken to this being a world-class and much more diverse business with the addition of a premium beer, both in terms of Heineken and Namibia Breweries, and clearly there is a massive positive, and then there are all these significant synergies added to that”.

“Don’t you think the cash offer falls some way short, particularly given all the dramatic improvements in the business that you’ve spoken to and that we’ve seen in the last while?” Geard asked. “I can cite your July trading update, August trading update, the actual results, the October trading statement, everything indicating Distell’s recovery from the Covid-19 lockdowns has been dramatically ahead of what the market would have expected.

Rushton responded: “Just to position this, sellers or investors in Distell on the one side of the equation will always feel they can get a better price and conversely Heineken, in this stage, will always feel they’ve paid too much. Negotiations with Heineken have been rigorous and intense.”

He said a fair reflection of the deal price was the 90-day volume-weighted average price at the time news of initial talks between Heineken and Distell were leaked in May, which meant the offer price was at a premium of 53% taking into account that price.

Finance minister to step down from ANC role