ANC’s young leaders push for coalition with EFF in all hung ...

However the older generation is dubious, with one describing the red caps’ demands as ‘ridiculous’ and ‘unscrupulous’ 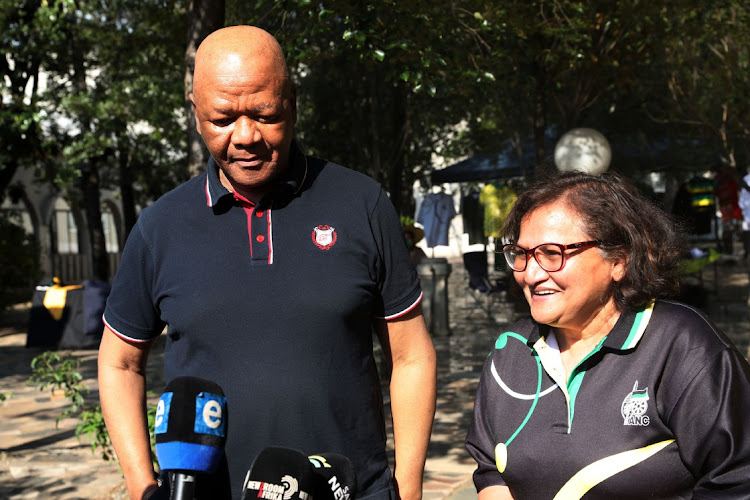 There was a push at the ANC's national executive committee (NEC) meeting on Sunday for a coalition with the EFF in all 66 hung municipalities in the country.

The move is said to have been supported mostly by the party's younger leaders who believe that the EFF, unlike the DA, serves the same constituency as the ANC.

This group of ANC NEC members argues that the list of demands placed by the EFF on potential coalition partners is consistent with the resolutions passed by the ANC at its December 2017 elective conference in Nasrec.

Sunday Times Daily has reliably learnt that this was, however, met with stern rejection from the party’s “old guard” who believe that the EFF's demands are “unreliable and unprincipled”.

The matter was discussed after ANC deputy secretary-general Jessie Duarte presented a report on coalition talks during the NEC meeting.

In it, Duarte is said to have informed the NEC about the preliminary talks her coalition negotiations team had had with several parties including the EFF.

She is said to have told the NEC about some of the demands the EFF is insisting on the ANC committing to before signing any formal agreement.

It’s not just the young ones who are supportive of this. There are older guys who said this makes sense.

The EFF has released a “framework of principles” guiding the negotiations team which includes the party’s seven non-negotiable pillars for economic freedom, service delivery commitments with timelines and antiracism, among others.

The EFF team is also going into the talks with specific time frames on issues such as the nationalisation of the Reserve Bank as well as the creation of a state bank within 12 months, among others.

Sunday Times Daily understands that NEC member Dakota Legoete and Mpumalanga acting chairperson Mandla Ndlovu were among some of the younger leaders who spoke in support of the EFF coalition.

They are said to be supportive of the move to get into bed with the EFF, especially in the six hung metros.

“It’s not just the young ones who are supportive of this. There are older guys who said this makes sense. Actually, it was contained in the report by the DSG [deputy secretary-general Duarte] that a coalition with the EFF was more viable,” said an NEC insider in support of the EFF move.

Legoete was not available for a comment while Ndlovu said he did not discuss NEC matters in public.

However, he said in Mpumalanga they were talking to the EFF, among other parties, and that the demands the red berets were making nationally had not come up in the province.

Ndlovu said in Mpumalanga they were having discussions that focused on service delivery and included quid pro quo arrangements but that these were yet to be concluded.

According to several NEC sources, the younger leaders have anchored their argument for an EFF coalition on the similarities of the red berets’ demands and the ANC’s conference resolutions, but also around the national elections in 2024. They believe that an agreement with the EFF will also work in favour of the ANC in parliament.

We want [an EFF coalition] in all municipalities and it’s precisely to allow us to have a national uniform standard in terms of our coalition.

“We want [an EFF coalition] in all municipalities and it’s precisely to allow us to have a national uniform standard in terms of our coalition. Because if you say case-by-case you might lose the point because if you don’t cooperate with them in Johannesburg, they will not cooperate with us in eThekwini, Nelson Mandela and Ekurhuleni,” said an insider.

An ANC NEC member who spoke to Sunday Times Daily on condition of anonymity said the young people in the ANC were “leaning more towards a coalition with the EFF” and that it must be a formal agreement unlike the one the red berets had with the DA in Tshwane, which ended up collapsing.

Another NEC insider, however, said this argument was shot down by a majority who said they would not accede to their demands.

“There are those who were pushing for the EFF but we felt if the EFF want to govern they must first win a municipality. Their demands are ridiculous and the dominant view was that these guys are unscrupulous,” the insider said.

“We don’t have a mandate to speak to the DA,” said another insider who attended the NEC meeting at Saint George’s Hotel in Irene, Tshwane.

“We have not closed that door, but there’s no mandate. The negotiations with the EFF are going nicely, very nice,” the insider continued.

A fourth NEC insider did not want to be drawn into who said what at the meeting but told Sunday Times Daily that they decided to open the door to all parties including the EFF.

“We resolved that the seven demands of the EFF represent a national picture far more than they represent service delivery at local government level and that the engagement at this moment should be about how do we build better communities in municipalities,” he said.

“Finally the NEC said to the team go and speak to everybody but refocus everybody into local government.”

He did, however, confirm that the younger generation did argue for an EFF coalition.