IFP made KZN gains ‘because ANC wouldn’t stop its infighting’

IFP made KZN gains ‘because ANC wouldn’t stop its infighting’ 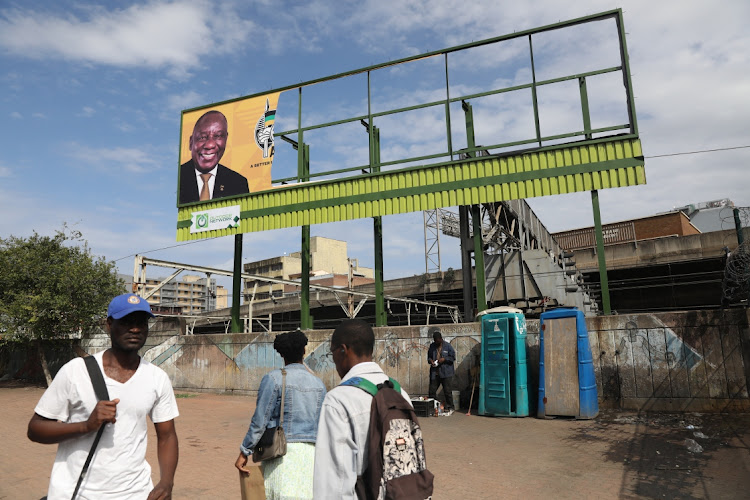 BIT BY BIT Only a piece is left for the ANC in KwaZulu-Natal as the results are come through following the local government elections. The IFP is making headway in the province.
Image: SANDILE NDLOVU

The ANC in KwaZulu-Natal said it had expected to drop its electoral share in districts where the IFP was leading on Tuesday afternoon. In fact, the party said that it had issued several warnings and tried to intervene in the poor governance of those councils.

This is according to ANC KZN spokesperson Nhlakanipho Ntombela, who attributed the ANC’s poor showing, as numbers stood on Tuesday afternoon, to the neglect of communities by party deployees, whose focus had been on infighting.

“This is something the ANC articulated to comrades, that if we don’t turn the corner in those areas, we are going to have a problem,” Ntombela said.

We were not expecting miracles in Zululand and Nquthu, and we are seeing the results of systemic failures of our organisation.

While he said the ANC was not surprised by its performance, Ntombela added that the party had not expected miracles in districts such as Zululand, where the IFP has maintained majority governance since the dawn of democracy.

However, he said it was the ANC’s fault that the party was poised to lose the uThukela district and Inkosi Langalibalele local municipalities.

“uThukela and Inkosi Langalibalele were under administration for two to three years. So those are the consequences of comrades fighting among themselves.

“We had to intervene almost on a daily basis in that municipality [Inkosi Langalibalele], to manage people — the mayor, speaker, chief whip and municipal manager — to make them focus on their work,” said Ntombela.

The ANC had a one-seat majority in Inkosi Langalibalele, and Ntombela said the ANC made interventions where there was infighting but admitted they may not have yielded positive results.

“They had unfunded budgets for almost two years. This is the outcome. We had made comrades aware that their infighting was costing the organisation.

“We were not expecting miracles in Zululand and Nquthu, and we are seeing the results of systemic failures of our organisation,” he added.

Asked why the ANC’s interventions did not include removal of deployees who did not perform, Ntombela said that where it could, the ANC acted in that manner. But he seemed to suggest that there may be a bigger challenge for the ANC when it comes to governance.

“In local government, the reality is that the calibre of people you deploy is what you have in that area,” he concluded.

Meanwhile, IFP elections coordinator Narend Singh said the party was encouraged by results coming out, particularly in KZN where it was poised to regain municipalities that it lost in 2011.

“We are likely to take three districts, King Cetshwayo, Zululand and uMkhanyakude,” he said.

However, even in areas where the IFP was not winning municipalities, it was winning wards previously under the ANC.

“In Newcastle we have won seven wards we did not have before. EMadlangeni is a hung council. We took three wards there. In Dannhauser we won six, in uKhahlamba we won eight out of 15, and at uMtshezi we won 15 out of 24,” said Singh.

Even on the South Coast, a traditional ANC stronghold, the IFP managed to make inroads, with new wards in uMuziwabantu and Ray Nkonyeni local municipalities, giving it a hand up in the Ugu district.

Singh said the IFP was also increasing its share of proportional representational (PR) councillors across the province.

“This is a good springboard for 2022,'' he said, looking ahead of the national and provincial elections.

At the time of reporting, only three municipalities in the province had completed counting.

LISTEN | The blame game: who is responsible for low voter turnout?