Boer maak ’n plan: how a community is lightening life at ...

Boer maak ’n plan: how a community is lightening life at Donkerhoek 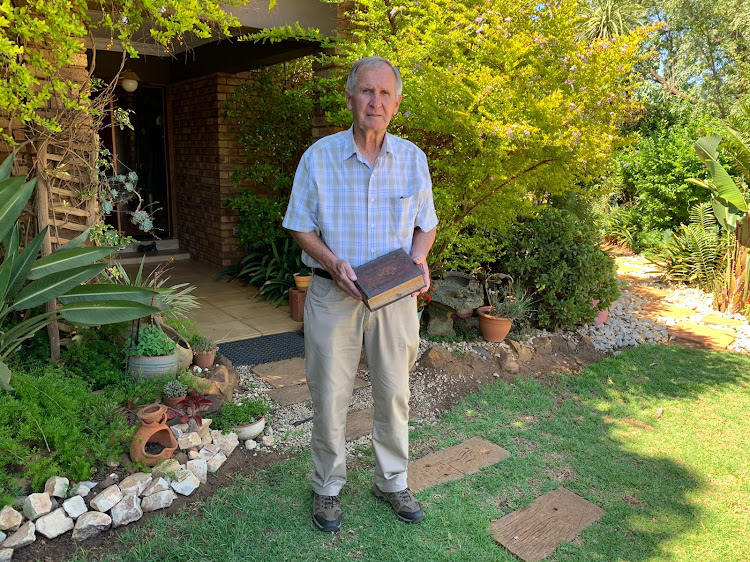 HAPPINESS IS Jannie Groenewald, one of the founding members of Kleinfontein, outside his home with the Schat-Boeck.
Image: Iavan Pijoos

When a farm outside Pretoria went on the market in 1992, Irene Groenewald, her husband Jannie and a group of farmers decided to buy it for the Afrikaners in the heartland of the old Boer Republic.

The land is historic for the Afrikaner people, as it is where the 1900 battle for Donkerhoek took place.

In 1996, the Groenewalds finished building their home on the farm and became the first permanent residents of Afrikaner cultural town Kleinfontein.

“We were the very first people here. We wanted be around our own people, who share the values of the Afrikaner, where our people can live in freedom,” Irene said on election day on Monday.

Several years later, and Kleinfontein has about 1,500 residents.

The community has its own school, swimming pool and old-age home. Residents use borehole water, have a registered bank, collect their own rubbish and buy electricity directly from Eskom. Kleinfontein also has a nature reserve, where springbok, black wildebeest and blesbok roam freely.

Life is Kleinfontein is “wonderful and peaceful”, Irene said. 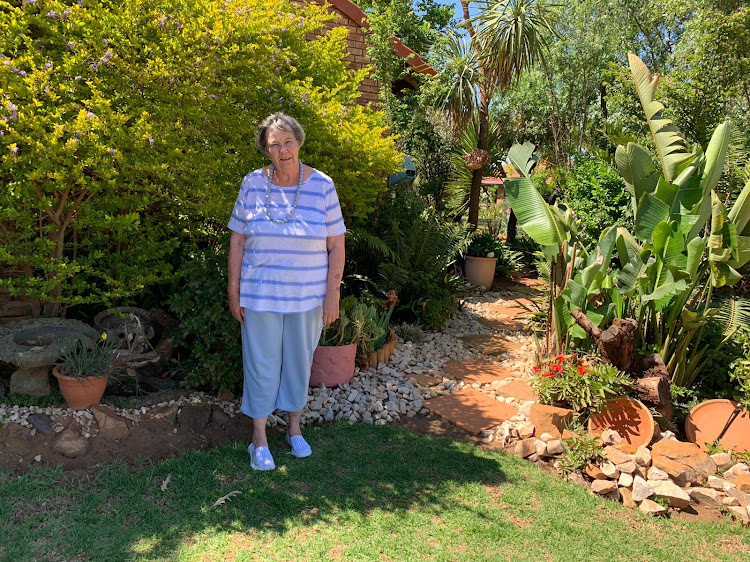 “It’s absolutely wonderful to be in the open nature and have views of the mountains. I can do my walks and my grandchildren can freely play in the streets. It warms my heart to hear the children run and play outside,” the 70-year-old said.

Jannie said residents of Kleinfontein are fortunate that the town is, to a large, extent self-sufficient. It has a board of directors, even though geographically it falls under the Tshwane metro.

“We have the honour of negotiating with each other in our own language and culture, and have developed a very sound relationship with the relevant authorities.

“We don’t get any financial support from outside. The members of the share-block scheme are the people who finance development,” Jannie said.

He added that he voted for the FF+ because he believes the party supports self-sufficient communities, not only Afrikaners.

Around the corner from the Groenewalds is a caravan park, an area called Dagbreek. Andries Oncke lives in a Wendy house in the area.

He said he moved to Kleinfontein after a horrific car accident in which he lost his legs and an arm. 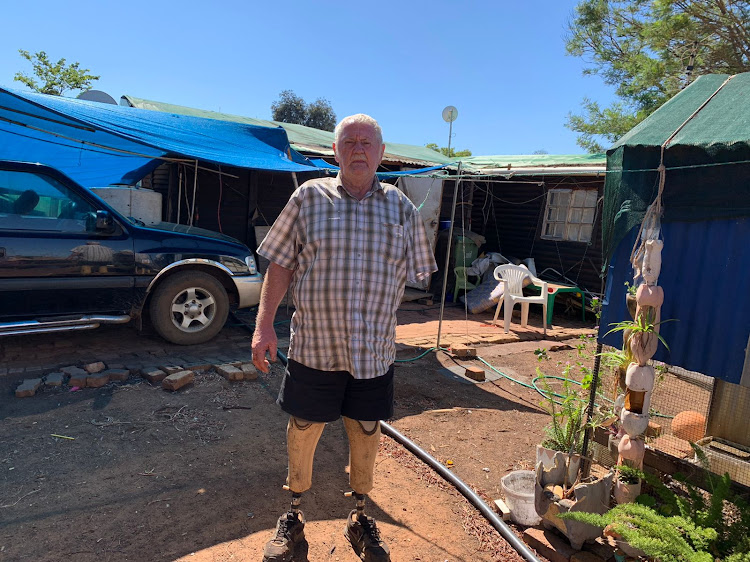 AT PEACE Andries Oncke lost his legs and an arm in an accident. Thereafter he moved to Kleinfontien.
Image: Iavan Pijoos

“I only have this one arm left. I am more at peace after my accident on Kleinfontein and I am very happy here. My wife and I make pot plants with cement and we sell them,” he said.

Oncke will soon move into one of three RDP homes built as part as a community upliftment project in Dagbreek.

De Wet Cilliers, who oversees the majority of the building projects in Kleinfontein, said the privately funded homes are built to give the less fortunate a chance to live comfortably.

“The long-term goal is to build more homes. Most of our service delivery we do ourselves.”

Cilliers said his move to Kleinfontein was mainly driven by Afrikaner culture.

“It’s a place where I can live out my own culture and we are happy here,” he said. 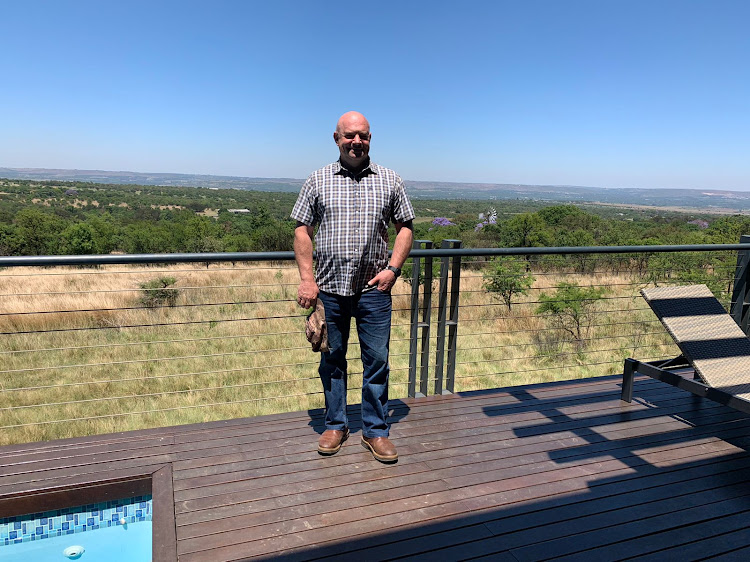 “We call it the Boere Afrikaner Cultural Historic Museum. It is not a museum solely for Kleinfontein, it is an Afrikaner historical museum. All the statues, memorabilia and uniforms from the Boer wars that don’t have a place in South Africa any more, we want to store here,” De Beer said.

He is also on the board of directors and said they operate within the laws of the country. They have security, but call police when needed.

“Some people call us an island, but that’s not true. My business is here and I am involved in the community, so I am very happy.”

De Beer said Kleinfontein residents believe in standing together in times of need.

“Last year we made food parcels and delivered to the poorer residents and those suffering. It’s a community that looks after itself,” he said.

Speaking about the state of SA, De Beer is doubtful there will be a turnaround.

“We just had weeks of load-shedding. There is nothing left of all the good things South Africa was proud of and best at.

“I wish things could change, but I am very doubtful. I think there are many more towns like Kleinfontein that are going to start due to poor service delivery from government.” 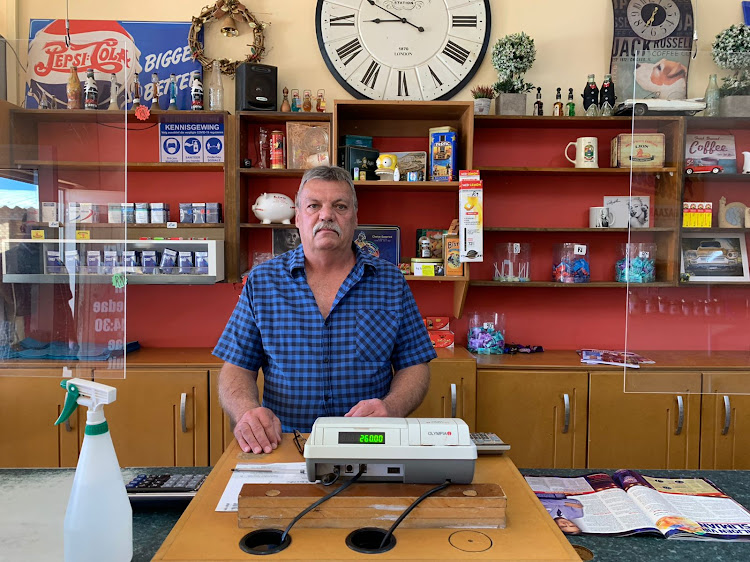 Deon van der Westhuizen owns the local supermarket. He said he moved to Kleinfontein 20 years ago after three burglaries at his Pretoria home.

“I was introduced to Kleinfontein by people who told me about the safety at Kleinfontein. Since I moved here, I haven’t had a single burglary.

“In Kleinfontein there is freedom, safety, nature and the children play and walk freely. I wouldn’t have it any other way. I am very happy here.”

Mother Nature spoils her ballot in Cape Town, but keeps baboons at bay

The only buzz in Thokoza came from the voting station generator