Tiny informal settlement echoes all SA’s tragedies on eve of ...

A toilet is not a luxury item, and ‘one day’ never comes ... 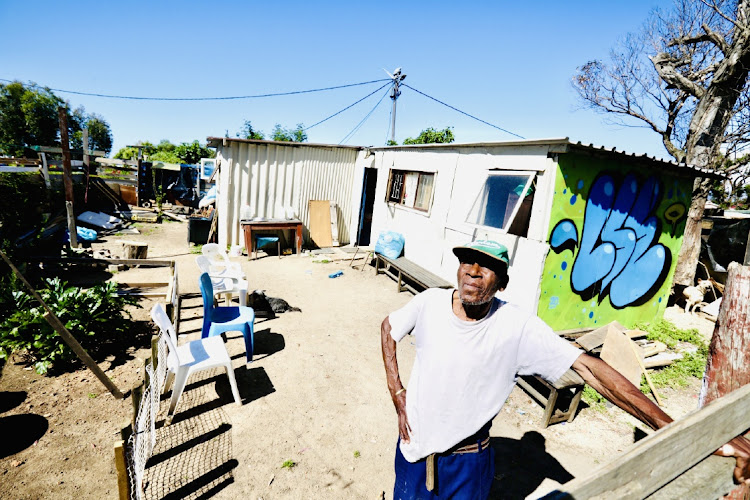 Frank Tabiser, one of the elderly residents of Bonnytoun informal settlement in Wynberg, Cape Town, says he won't give up hope.
Image: Esa Alexander

Some residents have planted hope and hydrangeas in the sandy soil while dogs mooch about in tiny yards.

They’ve been staring over the fence for more than a decade, wondering if help might arrive on the back of a truck laden with electric poles and working toilets.

Others have given up on any notion that things can change and, come Monday, will be voting — or not, in this case — with their feet.

This is Bonnytoun in Wynberg, a tiny informal settlement of 300 people pressed up against the outer reaches of Cape Town’s suburbs.

Behind it is a massive municipal dump where dwellers from the leafy suburbs bring bags of empty takeaway coffee cups, rubble from renovations, office chairs that have lost their zest.

Babalwa Samela, 34, has lived here since 2015, having moved from a bricks-and-mortar house in Lower Crossroads when she lost her job as a chef, and said she refuses to vote.

“I stay here only because I can afford it,” she said, waving her hands in the direction of the flimsy walls while her sister braids her hair with a baby on her back.

“I don’t think it can make a difference to us. We’ve been staying in these shacks for a long time, sharing toilets with many people, and no help comes. Ever.

“There are no jobs. There is nowhere for the children to play. There are 300 of us sharing six toilets. So why must I vote? I am just wasting my vote if I do that,” she says. “I always voted before and I never saw a difference. If anything, things are worse.”

As with any community under pressure for resources, the residents have strong opinions and theories on what keeps this tiny society divided.

Samela cites racism. “There is a lot of racism and we are dealing with people who want to destroy us. If I want to extend my shack, I must get permission from the community leader even though it’s my yard. If you’re black and you want to extend, the leader will call on law enforcement to stop it, but if you’re coloured like her, she won’t call the authorities.”

Around half the community is black, and Samela said this hierarchy had been clear to her since the day she arrived.

“But,” she added, “there are some coloured people in the community who side with us. They can see how unfair it is.”

For Frank Tabiser, 74, the divide is along spatial lines, and even in this microscopic community there is a “main path” that divides “us” from “them”.

As in the rest of the Mother City, physical lines on the landscape denote who fits in where, who deserves what, who resents who.

In Bonnytoun, it’s not the M5, or Main Road, or the railway track. It’s a thin dirt road — and Tabiser sends his eyes in that direction when he begins talking about “the troublemakers”.

“This side is cool. That side is rough,” he said, as he waited 20 minutes for his elderly wife to return from the far-flung toilet.

“If you cross that path and go around the corner, there are six houses on that side where people take drugs.”

Tabiser's other theory of division in Bonnytoun is about age. “It’s the youngsters who are no good. They upset the people. Some live here but there are even others who come from outside. They are not from Bonnytoun but they come here to make trouble.”

He would cast his ballot on Saturday, during special voting for the elderly. “My friend over there has a car so he is taking me — but only because I also vote DA like him,” he added.

“All these years, I have voted for the DA. I believe in them. I believe that one day they are going to bring change, or even just some toilets.” Until then, he will tend to his spinach and lettuce and potatoes.

Another resident, who did not want to be named, is walking around Bonnytoun after being seconded by the city council to ask her neighbours what concerns they have.

It quickly became a catalogue of every South African struggle. Fanning through her interviews, carefully handwritten on yellow lined paper, two words jump off every page: “burnt” and “toilets”.

Some shacks, it appears, have electricity. Others don’t. The ones without have burnt down more than once as people seek warmth, cooked food and light. 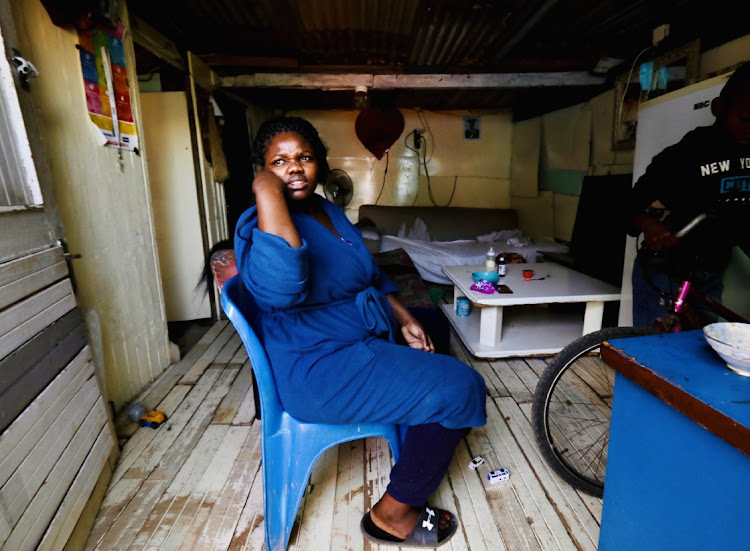 But it’s the toilets — or the lack of them — that dominate the outrage. Toilet A has no tap, Toilet B has no handle, Toilet C has been blocked for longer than anyone can remember. Some toilets — all of the above.

The woman said: “I don’t invite anyone from outside Bonnytoun to my house. I think of them needing the toilet and then I get too embarrassed. Can you imagine inviting a friend around and when they say they need the loo, you have to send them on a long walk where they may wait in a queue?”

Samela reiterates that she won’t be voting. But that doesn’t mean she has no vision for the most basic tweaks that would change their lives.

“If I could change Bonnytoun, I would create jobs for people so that they don’t end up smoking drugs because they have nothing else to do. I would make a soup kitchen especially for kids because they go to school hungry and can’t focus.

“I would create a spot to keep them busy once they’re home, and I’d find someone to help them with homework. I would apply for all of us to get stone houses so we’re not in wet cold shacks.”

She said the people of Bonnytoun have lots to offer and want to help change where they live. “Even with the smallest bit of help, we would have enough to make more changes ourselves,” she added.

“What about the ANC?” I ask her. “You haven’t even mentioned them.”

She laughs. “The ANC? I lost hope in them such a long time ago that I don’t even think of them any more.”

In Soweto, it’s mostly ANC all the way, but some want action in SA