Covid bumps up matric intake by biggest margin in more than a ... 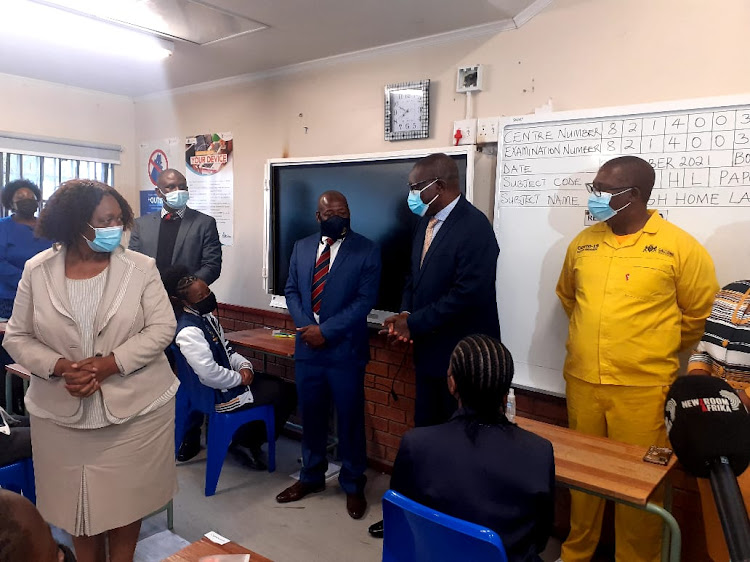 It’s official. The Covid-19 pandemic led to a 20% increase in matric pupil enrolment between 2020 and this year.

This revelation contradicts the widely held view that the problem of pupils dropping out after compulsory schooling, which ends in grade 9 or at age 15, has increased in SA.

A study by the department of basic education (DBE) examined pupil enrolment records from the beginning of this year and compared them to earlier 2020 data to investigate the issue of “non-return” pupils because of the pandemic.

According to the investigation, enrolment increased by 10% in grade 11 and 20% in grade 12.

The finding of increased Grade 12 enrolment this year is borne out by 735,677 full-time matric candidates registering to write the National Senior Certificate (NSC) exams, an increase of 128,000 on last year.

This is the biggest jump since the inception of the NSC exams in 2008.

Compiled by Prof Martin Gustafsson, an adviser to the department, the report stated that the trends in the average age per grade provide an idea of whether the proportion of repeaters has increased or decreased.

“The large declines in the average age in grades 10 and 11, in the context of the enrolment trends by grade and by age, could only be caused by lower levels of grade repetition.”

Titled “Impact of Covid-19 pandemic on school enrolments”, the report found a decline in grade repetition in Grade 10 “is arguably a positive development, given that this grade has historically displayed the highest levels of repetition of all grades”.

However, the historical analysis that exists makes it plausible that most of the 19,000 dropped out due to the pandemic. Whatever the cause, dropping out at the compulsory school-going age is especially concerning.

“What is striking is the sharp increase in the average age of grade 12 learners pointing to an increase in grade repetition here. This is likely to be because the system has decided to give more learners than usual a second chance, given the difficulties experienced by grade 12 learners during the disruptive 2020 school year.”

In September Gustafsson said the data indicated that schools have been particularly accommodating in allowing grade 12 pupils to repeat, given the difficulties grade 12s had last year.

Meanwhile, the report, released on the department’s website recently, stated that the age-specific increases in grade 12 for ages 17 to 25 “exceeded what Statistics South Africa (Stats SA) estimates to be population growth at these ages”.

It also said enrolment trends suggest half a million pupils have “disengaged from the schooling system as a result of the pandemic”.

The report added that evidence from Stats SA’s household data, “which is difficult to interpret”, points to almost half a million pupils not being in school in 2021 because of the pandemic.

“What is found is that around 27,000 young children have not enrolled as first-time learners in the way they should, while up to 19,000 learners at the compulsory school-going age dropped out.”

Without more historical analysis, it is difficult to conclude definitively that the 19,000 dropped out because of the effects of the pandemic, it said.

“However, the historical analysis that exists makes it plausible that most of the 19,000 dropped out due to the pandemic. Whatever the cause, dropping out at the compulsory school-going age is especially concerning.”

Describing the increase in matric enrolment as a “rather puzzling development”, professor of higher education Felix Maringe said a possibility could be “the pressure of the economy”.

“Being at home most of the time has enabled learners to see first hand how parents struggle to make ends meet. Left with no other choices, going back to school is often seen as a viable escape route from the excruciating impact of enhanced poverty during a pandemic.”

Maringe said another reason could be that pupils during the pandemic may be attracted to continuing their education “as a proportion of their schooling is likely to happen away from the alienating institutions which schools were viewed as by young people”.