My actions weren’t those of someone with things to hide: Mkhize ...

My actions weren’t those of someone with things to hide: Mkhize slams SIU 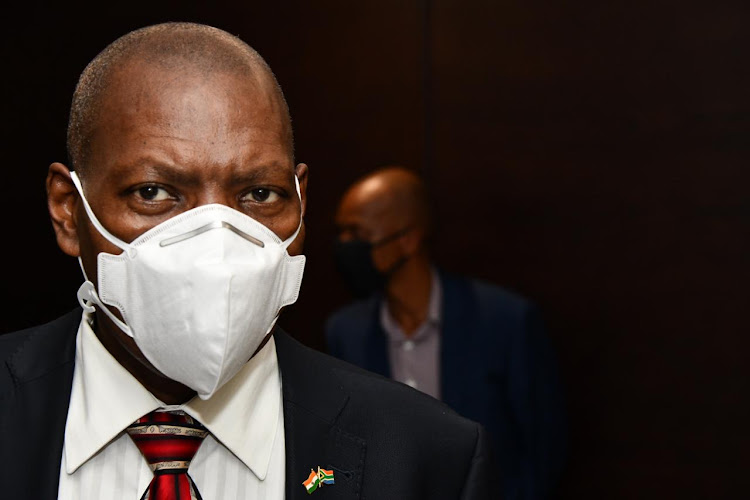 Former health minister Zweli Mkhize has hit out at the Special Investigating Unit (SIU) for allegedly ignoring evidence from him and other witnesses relating to its Digital Vibes investigation in an apparent effort to reach a conclusion that he conducted himself unlawfully and in the interests of people known to him.

Mkhize makes these claims in an affidavit filed as part of a review application before the high court in Pretoria to have the conduct of the SIU in making adverse findings against him declared unlawful and unconstitutional, as well as the review and setting aside of the unit’s report and referral letter to President Cyril Ramaphosa.

In his application Mkhize said the unit’s conclusions were “tainted” and “predetermined”, and so damning they left him with no choice but to resign and Ramaphosa with no other option but to accept his resignation.

“There were also clear breaches of basic fairness. While, for instance, I provided the SIU with a bundle of documents plus (without being required to do so) a detailed witness statement in advance of my questioning, I was given no notice of even the gist of fundamental matters on which I was questioned. Documents in the possession of the SIU were simply withheld so that I could be ambushed.

“Also by way of example, key findings eventually reached by the SIU in its referral to the president, were markedly different from those that were put to me during its interrogation,” he said. The SIU found Mkhize may have contravened the Public Finance Management Act (PFMA) and referred him and his son to the National Prosecuting Authority (NPA) for possible prosecution. The findings, as well as a recommendation that the president take “executive action” against him, led Mkhize to resign on August 5. Previous reports by TimesLIVE that Mkhize met Ramaphosa ahead of his resignation are confirmed in his affidavit.

SIU spokesperson Kaizer Kganyago confirmed on Tuesday that they were served with the papers this week and would oppose the application. The presidency, the second and only other respondent in the matter, said through its spokesperson, Tyrone Seale, that it “is aware of this matter but has not been served with papers”.

In his application, Mkhize reiterated that he played no role in the procurement of Digital Vibes, received no personal benefit from the contract and was not a close associate of Tahera Mather and Naadhira Mitha.

“I explained that group photos in which I was present with both Ms Mather and Ms Mitha were after-event photos, commonly taken. This is not uncommon in a life of a public representative. In my entire political career, I have always acceded to requests by any member of the public to take pictures with me. I also have not had any reservations about people posting my pictures in different platforms. This however does not make everyone that I am seen in photos with my friends or associates,” he said. He again distanced himself from his son, who the SIU found benefited to the tune of millions of rand, saying they were “estranged” and he first learnt about his “close” relationship to Digital Vibes director Mather through media reports.

“After these allegations were made in the media, I was shocked. I flew to Pietermaritzburg where my wife (Dr May Mkhize) and I confronted him on 30 May 2021. He admitted to having what we viewed as a close personal relationship with Ms Mather,” Mkhize said.

He continued: “I did not have and continue to have no insight into his personal affairs. Sadly, just like the public, I have had to learn about some of his financial benefits from Ms Mather through the media.”

Mkhize also disputed the SIU’s allegation that the appointment of Digital Vibes in November 2019 to lead communications on the National Health Insurance (NHI) scheme contradicted a cabinet resolution that GCIS do so on behalf of government.

In his affidavit, Mkhize also noted that, though a large amount, there was nothing “alarming” or “untoward” about the R150m spent on a communication contract when it was compared with the health department’s R60bn budget. However, he said he could not give the procurement process a clean bill of health.

“At the outset it is important to emphasise that in bringing this application I do not suggest that the appointment of Digital Vibes was proper and lawful. Indeed, as the record will show I reacted promptly to the auditor-general’s findings, even before there were any media reports or SIU investigation, and insisted on an independent external investigation. It appears from evidence gathered by the SIU that Digital Vibes’s appointment was indeed tainted by irregularities,” he said.

Aside from protesting his innocence, the bulk of Mkhize’s affidavit is dedicated to the SIU, which he accuses of investigating the matter without an open mind.

In one paragraph of the application he cites the line and tone of questioning by the unit’s counsel who interviewed him, saying it was “purely prosecutorial”.

He also accuses the unit of failing to inform him, ahead of the interview, of critical information or evidence it had gathered, saying it seemed as if they wanted to blindside him. This included evidence from former director-general Dr Precious Matsoso, whose evidence, including a WhatsApp from Mkhize to her, was used by the SIU to show he was pressuring her to conclude Mather’s appointment.

Mkhize sought to discredit Matsoso, saying she, before resigning from the department, had been obstructive and the one who initiated Mather’s relationship with the health department. He cited confirmatory affidavits from his former chief of staff, Ntombifuthi Ndlovu, head of the communications Popo Maja and the department’s Dr Aquina Thulare for his claims regarding Matsoso.

“The SIU should have disclosed this adverse allegation to me and given me an opportunity to deal with the information, before reaching final conclusions. Had the SIU done so, I would have provided Ms Ndlovu, Mr Maja and other evidence concerning the false allegations of Ms Matsoso,” he said.

Mkhize also accused the SIU of overlooking the fact that he acted immediately after the auditor-general flagged the Digital Vibes contract, instituted an independent forensic investigation and got a legal opinion, which were all shared with the SIU, saying these were not the actions of someone with something to hide.

Magistrate’s paid suspension ‘as lenient as her sentences for rapists’