Numbers are adding up: ‘SA herd immunity is starting to work’

Numbers are adding up: ‘SA herd immunity is starting to work’

All nine provinces are through the third Covid-19 wave and SA is in a ‘good place’, says CSIR’s Dr Ridhwaan Suliman 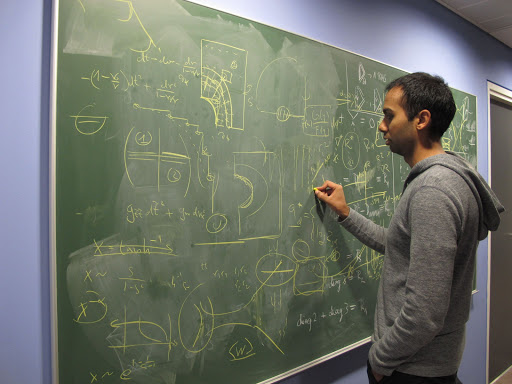 COVID CALCULATIONS Ridhwaan Suliman says it's important in this unprecedented situation to use the data, statistics and scientific results to gain confidence in and justify nationwide and provincial decisions as the public cannot be asked to simply blindly follow the people in charge.
Image: Supplied

For the first time since the onset of the Covid-19 pandemic, all nine provinces are through the latest wave of infections and SA is in “a good place”.

This is the view of Dr Ridhwaan Suliman, a senior researcher at the Council for Scientific and Industrial Research (CSIR), who has become something of a Twitter sensation for his insights and ability to make sense of confusing coronavirus numbers.

Suliman holds a PhD in applied maths from Cambridge University, so while he may not be a medical doctor, numbers, how they work and what they mean are his thing.

So how did he come to the conclusion that the entire country has surfed the third wave and is safely through to a stage where we are now able to watch the numbers come down?

“It’s simple actually — and something we base on current definitions in the country. We look at the case incidents rate, which is the number of current cases per 100,000 of the population. We work on a seven-day rolling average, and when that number declines below 15% of the most recent peak, you can safely say that the province you are measuring is through the wave,” he said.

Past experiences have clearly shown that once an area has moved past an infection peak, the numbers start steadily declining.

At this stage the indicators are encouraging. Hospital admissions are declining ... What we are seeing, points to high levels of immunity in the community. It seems some amount of herd immunity has been developed.

A situation of all nine provinces having passed through the third wave and all being on a downward turn is a first.

“With the previous waves the timings varied. Some provinces would peak before others, during or after the peak and then those infections would spread to others while some provinces would lag behind. Since the onset we have always had at least one province in a wave,” Suliman explained.

Having no provinces in a wave means “the country is in a good place in terms of all the indicators for Covid, the rate of transmission is low and the risks overall are lower”.

Suliman believes that the vaccine rate remains too low to have had any sort of significant impact on the numbers.

He believes there is still a likelihood of a resurgence or fourth wave, even with improved vaccine rates.

“What we have seen is that a wave lasts about three months, with three months in between. That means we could have the next wave towards the end of the year or early next year,” he said.

There are a lot of unknowns, however. “Travel and gatherings are a risk, we don’t yet know the longevity of immunity from previous infections and we don’t know the impact of new and other variants.”

But is the current lowering of infection rates something that bodes well for the country?

“At this stage the indicators are encouraging. Hospital admissions are declining — but it is still difficult to predict how long this will last and what will transpire. What we are seeing,points to high levels of immunity in the community. It seems some amount of herd immunity has been developed,” he said.

Now is not the time to speak about your second-term desires, Mabuza

The extra mile: 2m distancing indoors is not enough without masks