Mpho Phalatse believes DA must swallow its pride and take them down. Leader John Steenhuisen refuses to budge 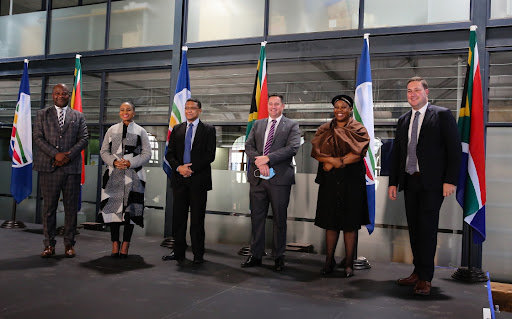 The DA mayoral candidate in Johannesburg, Dr Mpho Phalatse, believes that her party scored an own goal by putting up controversial campaign posters in Phoenix, north of Durban, and that it must take them down.

The party has been under siege this week thanks to the posters that read “The ANC called you racists, the DA calls you heroes” in reference to events that took place in Phoenix during the July unrest when 36 people were killed.

It would emerge later on Wednesday that, according to sources, senior party leaders in KZN were pushing for their national counterparts to concede that the posters sent the wrong message to voters over the issue of race and should be taken down.

It is understood that a meeting of the DA’s top provincial leadership on Wednesday discussed the controversial topic, with an insider saying that KZN leader Francois Rogers did not sign off on the posters, and had apparently only found out about them with the rest of South Africa.

Rogers referred comment to DA provincial chairman Dean Mcpherson, who, sources said, knew of the decision regarding the posters. Mcpherson said he was in a meeting and could not take calls. By after 6pm, he had not responded to text messages seeking comment.

Phalatse believes the DA must swallow its pride, admit it erred and take down the posters.

“Lives were lost in Phoenix, innocent people died and we did not look at that when we put up those posters,” Phalatse told Sunday Times Daily during an interview in Alexandra.

“As an individual, I do believe we should acknowledge that it was a blind spot. Yes we did not intend to offend, because we would never defend lawlessness and murders and that is not what the posters are saying, but that is what people are reading.

“And because of the offence that has been caused, I would push for the party to apologise, take the posters down, come up with a catchy campaign message and we all move on in the interest of building the nation,” she said.

“I get that that is not what we were saying but people are reading it otherwise and it is a sensitive issue because innocent lives were lost, so my take is that we should apologise, take the posters down and move on.”

But party leader John Steenhuisen was unrelenting, insisting that the party would not apologise and would in fact spread the same posters across KwaZulu-Natal.

According to Steenhuisen, who was addressing the media following a campaign event in Midrand, the DA was not doing anything that the EFF and the ANC did not do when they visited Phoenix in the aftermath of the July killings.

“They are heroes whether they be black, white, Indian or coloured as we saw during those terrible days in KwaZulu-Natal. They are heroes because they stepped up when the government stepped away.”

If DA keep acting like skulky schoolkids, they’re headed for a klap