Phaahla worried about the impact on the fight against Covid-19, the jabs programme and the morale of employees 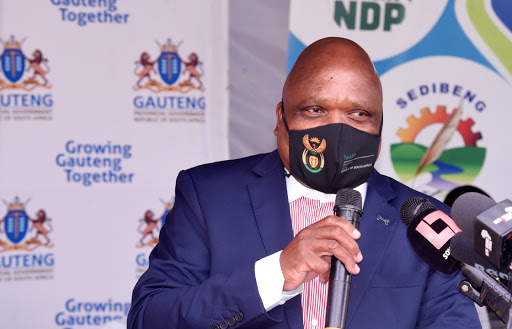 While the Digital Vibes scandal will directly affect the capacity in the national department health, minister Joe Phaahla on Thursday assured the nation he and his team would do their best to ensure the “destabilisation does not ultimately affect service delivery”.

“We have a very thin management capacity, but we want to assure the public that we will do our best to make sure that the services on the ground do not suffer,” said Phaahla.

Briefing the media earlier, Phaahla, who was flanked by acting director-general Dr Nicholas Crisp and deputy health minister Dr Sibongiseni Dhlomo, announced that seven officials would be placed on precautionary suspension by the end of Thursday. He clarified that some of the 18 people implicated were not employed by the government.

Those in the department of health were DG Dr Sandile Buthelezi, DDG Dr Anban Pillay, head of communication Popo Maja, Patricia Ngobese, Shireen Pardesi, Sifiso Dlamini and Mxolisi Zondi. Those outside the department but in government were Reginald Ngcobo at the department of agriculture, Senzeni Ngubane at GCIS and Ian van der Merwe at the government printers.

He apologised “unreservedly” to the public for the “unfortunate and devastating saga”, and said the department would act decisively.

He added he recognised the impact that had on the image of the department, but said it was not just about that. “It has also had a devastating impact on our own capacity. As you can imagine, we are at the tail-end of this third wave, and we are looking forward to seeing how we can stabilise the health system.”

He said this took place at a time when the department was pushing the vaccination campaign, “so the last thing we really need is a distraction from that kind of situation”.

“In terms of capacity, you can imagine we are doing this in a department where you have a DG who is on suspension [who has been the driver of the vaccination programme, so he has got to be removed from that] and therefore have to have an acting DG. Then we have a deputy director-general who is also seriously implicated ... He will be out of office, and we don’t know for how long because he has got to face the allegation.

“We have about three other senior officials in the department and two on a more junior level, so all those people are going to be out of circulation. This happens at a time when we’ve already had a lot of acting senior managers. We have an acting CFO; we have had three DDGs — one of them has been seconded to North West as an administrator, and the other two left.”

Phaahla said he was concerned about how the situation would affect the government’s fight against Covid-19, the lagging vaccination programme and the morale of hardworking employees in the health system. “We are going make sure this destabilisation does not ultimately affect the capacity of the public health system to deliver services.”

Crisp said he had started advertising vacant positions in the department. “Since Dr Buthelezi was appointed, we have been looking at a new organisational structure to respond to some of the changing demands within the department.”

He said that process had been going on for some time.

“We have reached a point now where we have prepared a submission to the department of public service and administration for a report on our organigram. In the meantime, these vacancies, we have spent in the last two to three weeks since I have been acting DG looking very carefully at which of the posts that are vacant match our proposed organigram for the future.”

Crisp said the department was trying to avoid a situation in which positions were advertised only for them not appear on the organigram. “We have now identified that ... [We] know exactly which posts are advertised and have scheduled some appointments for interviews next week and the week after for senior posts.”

In addition, he said there were a few posts where the department did not get qualified people and had to re-advertise the posts. “There is already a post that has been advertised twice, and we now will go on a headhunting process.”

Crisp said he wanted those vacancies to be filled as soon as possible for stability in the department.

ActionSA in ‘tailspin’ as candidates omitted from IEC lists