South Africans eager to travel again, but there aren’t enough ... 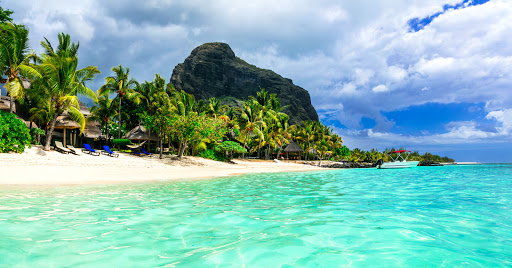 Mauritius was the travel destination most Googled by South Africans in 2020.
Image: 123RF/ freeartist

Lack of airline capacity is threatening the travel industry’s nascent recovery which has seen a surge in bookings as countries open their arms to SA travellers.

While popular destinations such as Mauritius prepare to welcome SA travellers again, travel agents and tour operators are worried airlines will not be able to increase flights to cope with demand.

“We could fill aeroplanes if we could get more seats,” he said.

While 80 countries were open to SA travellers, including the US from November, two of the company’s main source markets, the UK and Australasia, remain closed.

Flights to Australia are expected to restart in April next year, which will be critical for the company’s travellers visiting friends and family.

Stark said he hoped the UK would follow the US example by reopening to SA travellers.

“It is our market, both inbound and outbound,” he said.

The reopening of Mauritius to SA travellers had also boosted demand but capacity was tight on that route, he said.​

The problem is likely to fade rapidly after the news that SA low-cost carrier FlySafair will begin operating twice-weekly flights to the island from December 11.

The flights, which are the carrier’s first cross-border passenger service, will operate out of OR Tambo International Airport in Johannesburg on Tuesdays and Saturdays.

FlySafair CEO Elmar Conradie said the airline had grown its share in the domestic market during its seven years of operating.

“Finally breaking beyond local borders is an exciting milestone for us,” he said.

While the airline was granted the rights to operate to Mauritius in December 2020, the pandemic had grounded those plans.

“Mauritius holds a special place in the hearts of South Africans, and we’re looking forward to offering flights in time for the December holiday season,” Conradie said.

Adrian Gardiner, chairperson of the Mantis Collection which owns or manages 26 hotels and game lodges and two luxury houseboats in Botswana and which managed to stay afloat during the pandemic by dipping into its cash reserves, said it is was unclear if airlines could increase capacity in time to save the season.

“Our properties are empty so there would be no problem making a booking,” he said, “but will the airlines be able to offer flights in time?”

Airlines have delayed adding flights until issues such as SA’s continued inclusion on the UK’s ‘red list’ have been resolved.

Airlines have delayed adding flights until issues such as SA’s continued inclusion on the UK’s “red list” have been resolved.

UK transport secretary Grant Shapps announced last week that SA would not be one of the eight countries being removed from Britain’s red list over fears the Beta variant of the coronavirus continued to circulate in SA despite scientific evidence suggesting otherwise.

The red list bars travellers from those countries from entering the UK unless they are British or Irish citizens or they have residency rights, and even then they have to quarantine, at their own expense, for 10 nights in a designated quarantine hotel at a cost of £2,285 (about R46,442) per person.

In 2019, a total of 436,559 British citizens visited SA, making the UK SA’s biggest overseas source market, but those numbers are expected to plummet if SA stays on the red list.

Tourism business owners are holding thumbs that Monday’s meeting between SA and UK officials and scientists will resolve the impasse.

“We don’t have time to debate this,” said Tourism Business Council of SA CEO Tshifhiwa Tshivengwa.

“There were not enough tourists coming to SA even pre-pandemic,” he said.

“What we need now is certainty.”

Alison Morphet, manager of Mala Mala Game Reserve in Mpumalanga, said the business generated from visiting friends and relatives — so-called “VFR traffic” — had been an important source of revenue for the reserve but had evaporated during the pandemic.

“I think it’s unfair the UK was happy to open to India but not to SA,” she said.

“I don’t understand it.”

It was not all doom and gloom, however, as the number of destinations open to SA travellers continued to grow with popular destinations such as Mauritius, Seychelles, the United Arab Emirates and the US removing travel restrictions.

Resort operator Beachcomber, which owns eight properties on Mauritius, was thrilled by the news the island was opening to SA travellers from October 1.

“Bookings have been pouring in and we are very busy. South Africans are so eager to experience this wonderful holiday again.”

Before closing its borders in early 2020 to stop the spread of Covid-19, SA was one of Mauritius’ top five tourist markets with 118,000 South Africans visiting the island in 2019, according to figures from Statistics Mauritius.