SA sold 1.5-million AstraZeneca doses, ignoring WHO advice that they should be rolled out 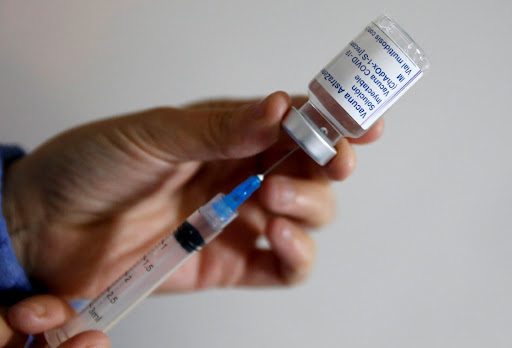 INEXPLICABLE A health worker prepares a dose of the AstraZeneca coronavirus vaccine. South Africa procured 1.5-million doses, but sold them off in March this year.
Image: REUTERS/Rodrigo Garrido

The lives of 18,000 to 22,000 elderly South Africans could have been saved had the country not sold 1.5-million doses of the AstraZeneca vaccine to other African countries in March.

The sale also fuelled vaccine hesitancy across the continent, leaving many doses unused, until they ultimately expired.

This is according to an in-depth analysis conducted by vaccinology expert Prof Shabir Madhi at Johannesburg’s Wits University, who said the government “completely ignored” the advice of the World Health Organisation (WHO), with disastrous consequences.

Speaking during a webinar hosted by University of Cape Town (UCT) vice-chancellor Prof Mamokgethi Phakeng on Thursday, Madhi said: “SA decided not to use the AstraZeneca doses it had procured and instead sold it off to the AU, which then sent it off to other African countries.”

He said one had to question the “morality” of this decision, which was based on the fact that the vaccine’s efficacy against mild to moderate disease was not high.

It was, however, “still very protective against severe disease and death”, said Prof Madhi, adding that the WHO had, the day before the sale, “made a firm recommendation that even where the Beta variant circulated, AstraZeneca should be used”.

He said studies had shown “complete sparing of the lung in mice vaccinated with AstraZeneca compared with mice not vaccinated”.

1.5m [AstraZeneca vaccine] doses would, according to an analysis of consequences just completed, have prevented 18,000 to 22,000 deaths in the country of those age 60 and above.

The doses were meant to be rolled out in the country from January and would have protected a many South Africans, not only from severe disease caused by the Beta variant, but also the Delta variant, which proliferated rapidly in the country thereafter, according to Madhi.

“Data from Canada has since shown that even a single dose of AstraZeneca offers 80% protection against severe disease and death from Covid-19. In other words, we sold off a perfectly good vaccine that did exactly what the WHO said it would against hospitalisation and death,” he said.

Madhi added: “1.5m doses would, according to an analysis of consequences just completed, have prevented 18,000 to 22,000 deaths in the country of those aged 60 and above.”

He said “the dire consequences of having gone against the WHO need to be understood” and that “the harm was severe not just in SA, but also in terms of hesitancy as many people in other African countries did not want to use vaccines perceived to be ‘second-hand’".

Many of those countries are not equipped with the technology to do genome sequencing and determine exactly which variants are around, so the argument that it wouldn’t work against the Beta led to reluctance.

Many doses expired as a result.

In SA too, any attempt to reintroduce AstraZeneca “would take much more explaining” after it was shipped out.

I insured them so they wouldn’t be a burden on me, says ‘killer cop’ Ndlovu

Every man for himself: where’s Zuma to help you now, Hlophe?