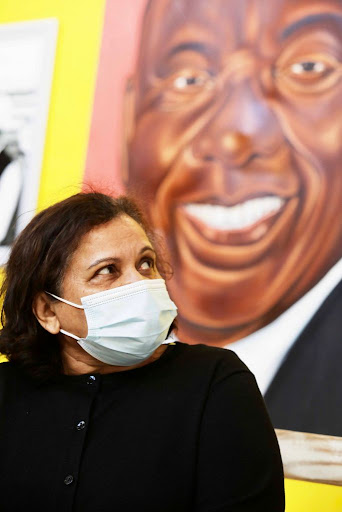 The ANC hopes to woo Bo-Kaap residents by promising to use its powers to declare the area a heritage site as electioneering bait.

Even though ANC deputy secretary-general Jessie Duarte admitted this might seem opportunistic, she repeated the promise to party members and supporters who attended a party meeting in the area on Thursday.

“I know that Comrade Nathi [Mthethwa, the sport, arts and culture minister] is very keen to come back and to make the big announcement. I was saying to him this morning that I think he must make the big announcement just in time for you to win the ward,” she said at a preparatory meeting with ANC activists at the Ghoema Theatre, before embarking on a door-to-door campaign.

“I know it sounds a bit opportunistic, but that’s what we need to do,” she added.

At another venue, Duarte told ANC supporters that Mthethwa would formalise various properties in the area that would be made heritage sites.

“I don’t know the date ... He is going to come here very shortly to do the formalisation of the various buildings, 15 or so sites, that are now being made heritage sites and then follow through on what comes next,” she said.

She explained that the first phase would be for certain building to be declared heritage sites and then, in that context, a protective order would be issued for the whole Bo-Kaap area.

That would ensure property developers were not the ones to win in the end, she said.

Duarte was responding to concerns raised by ANC activists and community members in some of the homes she visited about the gentrification of the area, which has left them with unaffordable municipal rates.

An elderly couple, Baderoenaesa Bosch, 69, and her husband, Yusuf, who live in Wale Street, told Duarte that despite being pensioners, they were paying R3,000 for rates. As pensioners, they struggled with that, they said.

Being on Wale Street means their rates and taxes are high because of the value of the property, which is on prime land.

Baderoenaesa told Sunday Times Daily that she’d been staying at the property since she was 25 and it had been her home for more than 40 years.

Jacky Poking, the ANC councillor candidate for the area, referred to the issue as “insensitive development”. She said developers claimed they were doing building to help the city solve its housing problems, but argued that this wasn’t the reality.

The properties are priced around R3m to R4m. It's really not for us. It's for other people, those who have money, but not for the Bo-Kaap people.

“They use buzzwords. They say it’s about densification and creating residential units. We ask, ‘Residential for who?’ because we cannot afford to live there,” she said. “The properties are priced around R3m to R4m. It’s really not for us. It’s for other people, those who have money, but not for the Bo-Kaap people.”

She said it was disingenuous for DA-led Cape Town to say the development was residential when the people in the area could not afford to live there.

They asked her to make sure there was social housing in the area, saying that had not happened since the democratic dispensation.

“We do have land. We have identified land that can be used for housing. We tried to engage the city on that, but they are not interested to engage with us to develop that land,” said Poking, also a community activist.

Duarte called for the unity of the community, saying it was what would make the project work.

She said it was important to find a good mix and a good balance because that’s what was needed.

“It’s a way a community can survive, the youth can have jobs and we can advance the community’s objectives towards building a viable tourism centre,” she said.

Bo-Kaap is an ANC stronghold. In 2019, the party won more than 80% of the votes there. But it is part of a ward that is dominated by the DA.

Worse still is that the ANC failed to field a candidate in the ward in 2016.