Just because it is complicated doesn’t mean it is vague, it tells high court in answer to challenge by amaBhungane 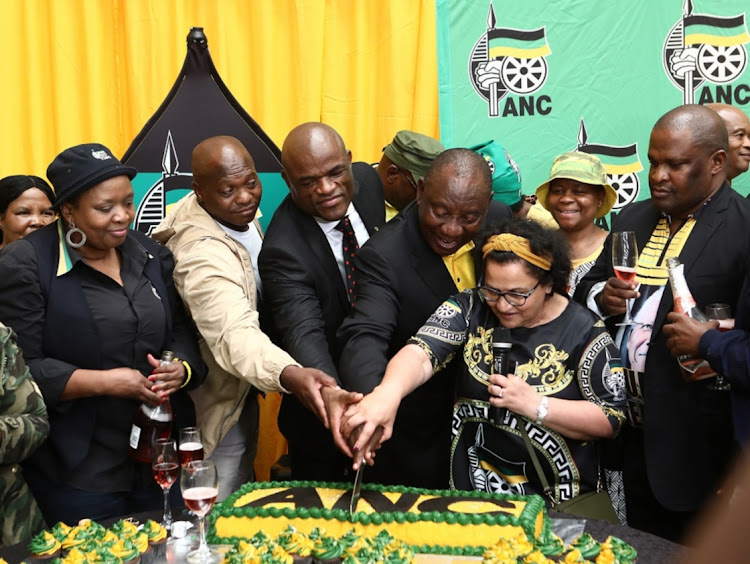 The highest court decided there was no duty under the code, as it currently stood, for President Cyril Ramaphosa to disclose who had donated to the CR17 campaign that saw him elected president of the ANC in December 2017. File photo.
Image: Masi Losi

There may be times when the Executive Ethics Code would require the disclosure of donations to internal party political campaigns, President Cyril Ramaphosa’s lawyers said in court on Tuesday.

It all depended on whether the relevant member of the executive had received a “benefit”.

The president’s counsel were defending the constitutionality of the code against an attack by investigative journalism outfit amaBhungane, which argued the code is unconstitutional because it allows internal party campaign contributions to members of the executive to be shielded from public scrutiny. It wants the high court to declare it unconstitutional and send it back to the president for redrafting.

The hearing at the high court in Pretoria was the result of an instruction of the Constitutional Court when it dismissed the public protector’s appeal in her fight with Ramaphosa over her #CR17 report. The highest court decided there was no duty under the code, as it currently stood, for Ramaphosa to disclose who had donated to the CR17 campaign that saw him elected president of the ANC in December 2017.

The ConCourt agreed with the high court in this regard.

However, when the case was before the high court, amaBhungane had also entered the fray, saying if the court found there was no obligation on Ramaphosa to declare under the code, then the code was unconstitutional.

amaBhungane’s case was always a principled one, looking forward only, and will have no effect on Ramaphosa or the CR17 campaign records.

When the case was first argued in the high court, it said the issue was an important one, but this was not the case to decide it. However, the ConCourt said it was wrong on this score and sent the matter back to the high court for a decision on whether the code is constitutional.

Steven Budlender SC, for amaBhungane, said the “gist” of the My Vote Counts II judgment on political party funding was that donations to political parties were made with an expectation of something in return, and the way to deal with this was to require disclosure.

Yet when it came to internal political party campaigns, the way the code was interpreted had “a loophole large enough to drive a truck through”.

Budlender argued that the ConCourt’s interpretation of the code made a distinction between a donation made to an executive member’s campaign, “AlanWinde 2021” or “David Mabuza Inc”, versus the politicians themselves. He said the distinction was “arbitrary” and the president had never explained why the code required disclosure in one case and not the other.

Wim Trengove SC for Ramaphosa called this a ­“straw man”, saying this was not a correct reflection of how the Constitutional Court had interpreted the code. He said the ConCourt had never adopted the “absurd” interpretation that if the money went into the president’s bank account he must disclose it, but if it went to his campaign manager’s account there would be no disclosure requirement.

Instead what mattered to the ConCourt was whether there had been a benefit to the member of the executive involved, said Trengove. In Ramaphosa’s case, he had not benefited because he had been the biggest contributor to the campaign, which was for the benefit a large group of people and principles, said Trengove.

Tembeka Ngcukaitobi SC, also for the president, said Budlender had “caricatured” the ConCourt judgment, which had set out a principled approach regarding when a donation to an internal party political campaign would constitute a benefit.

Where the member of the executive had no claim or say over the donations, where the donations were not used to pay their personal expenses, and where the politician was the ultimate net contributor to the campaign, then there was no benefit and therefore no requirement to disclose.

Where the facts were different, there may be a duty to disclose, but “the law is sufficient”, he said.

Budlender said even with all those factors listed by Trengove and Ngcukaitobi ticked off, there remained a risk of politicians being beholden to undisclosed interests. If it were more than a box-ticking exercise of those factors, then the code was problematic for being vague, he said.

Trengove said there was nothing vague about a benefit.

“We all know what a benefit means. The fact that the application of the rule might be complicated does not make it vague,” he said.

‘Don’t write us off just because we don’t have money’: ANC’s Jessie Duarte