‘Don’t write us off just because we don’t have money’: ANC’s Jessie Duarte

In the run-up to municipal elections, the ANC says it is already campaigning door to door, despite problems 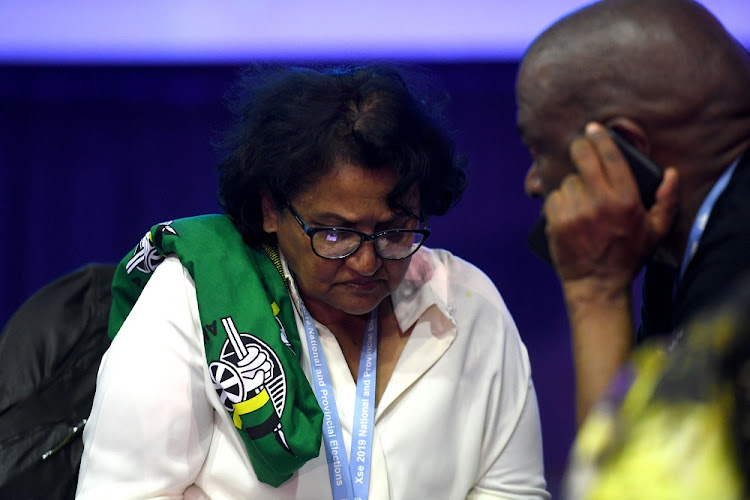 The ANC plans to rely on volunteers and door-to-door campaigning in the run-up to local government elections as it navigates its way around a striking workforce and Covid-19 regulations limiting election rallies.

Without the assistance of its employees, who are on a strike over nonpayment of salaries, the party will have to rely on other means to campaign in the October/November elections, including the use of volunteers in wards and cellphones.

“With all the ANC volunteers on the ground, we’re already starting to work. People have gone out already. Our candidates will lead the election [campaign] in the ward where they are a candidate. They will work with volunteers,” deputy secretary-general Jessie Duarte said.

“Of course we’re not going to be able to have rallies because of Covid-19 regulations, but we are going to go door to door and that will be the style of our campaign throughout the country. We will be going to all 4,861 wards, even wards that are strongholds of other political parties,” she said.

The IEC handed the ANC a lifeline on Monday after it reopened the registration process for candidates. The ruling party missed the deadline to field all its candidates in more than 30% of municipalities.

But Duarte insisted on Tuesday that the party should not be written off just because it did not have money.

“We are not going to be afraid to put our foot into every space where it is possible.”

The ANC has been battling to pay employee salaries, provident and pension funds, and UIF. This raised questions about whether the party would be able to campaign, given its financial position had forced it to beg South Africans for donations.

We are not going to be afraid to put our foot into every space where it is possible.

Duarte said the party would hold its strategic and planning meeting on Sunday and Monday to finalise campaign messaging to be sent out via volunteers and cellphones.

“We’ve learnt the value of this machine: very valuable,” she said, holding up a phone.

“Many of our voters and a lot of the electorate have this machine, so let’s wait and see. Don’t write us off just because we don’t have money.”

The IEC said on Monday that by virtue of the Constitutional Court order that there should be another voter registration weekend, it could reopen the candidate registration process.

Those who register during the voter registration weekend could want to contest municipalities and not reopening candidate registration would be unfair, it said.

Regarding a campaign trail, possibly without ANC staff, Duarte admitted it was a difficult pill to swallow, but said the party could not tell staff not to protest as downing tools was their right.

She refused to comment on the DA opening a case against ANC leaders for allegedly failing to honour UIF payments, over and above failure to pay pension and provident funds.

“Our relationship with our staff is an internal matter between us and our staff. Anyone who wants to take issue with that would have to make sure they have the mandate of our staff to act on their behalf.”

Duarte also shed some light on why the ANC made an about-turn on its application to the Electoral Court to ask for more time to field candidates.

She said the party had withdrawn its application against the IEC after it realised the commission could not be blamed for the ANC’s failure to register candidates.

“The reason we withdrew our legal case was because we sat down and we went through [the lists] manually, one at a time, to see what happened. It was the only way we could say whatever happens we cannot blame the IEC systems because we made mistakes. We do know in two instances when we were late,” she said.