Speaker to consider the proposal, which some say would be unconstitutional 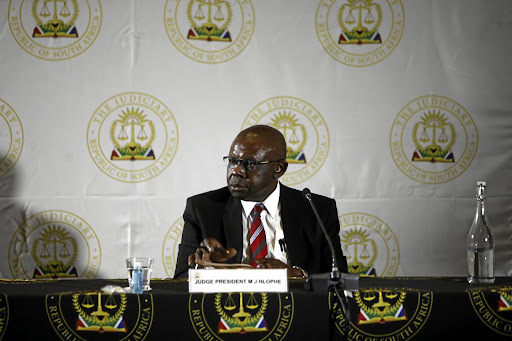 National assembly speaker Nosiviwe Mapisa-Nqakula may have to decide whether a vote by MPs on the impeachment of Western Cape judge president John Hlophe is held by  secret ballot.

Members of the assembly's programming committee asked Mapisa-Nqakula to consult with parliament’s legal advisers on her discretion on the matter after a discussion on the impeachment process.

Hlophe’s removal will require a two-thirds majority vote to succeed.

Hlophe is facing impeachment after the Judicial Service Commission (JSC) found him guilty of gross misconduct following a 2008 complaint that he sought to influence the outcome of cases in the Constitutional Court related to corruption charges against former president Jacob Zuma.

Mapisa-Nqakula told the committee that she received correspondence from the JSC last week informing parliament of its decision and, after legal advice, she referred the matter to the justice and correctional services committee to deal with.

After that the committee will produce a report for a full sitting of the national assembly to consider and vote on whether to impeach Hlophe.

IFP chief whip Narend Singh was the first to enquire about the use of a secret ballot for the vote.

ANC deputy chief whip Doris Dlakude said the chief whips’ forum had been briefed that parliament was still working on putting in place a hybrid voting system, which was going to be used whether the vote was secret or not.

DA chief whip Natasha Mazzone said parliament should give itself enough time regarding the online voting system if there was going to be a secret vote.

The constitution is clear which issues should be voted through a secret ballot. This does not appear to be one of those.

Masibulele Xaso, who is the secretary to the national assembly, disagreed with the secret ballot.

“The constitution is clear which issues should be voted through a secret ballot. This does not appear to be one of those,” he said.

Freedom Front Plus MP Corné Mulder agreed that there was no indication in the constitution that the vote should be a secret one.

“Perhaps we can get advice or you [speaker] get advice from the legal team whether the speaker may have a discretion, total discretion, to decide whether she would like the vote to be secret or not. In other words, are we bound by the provision that does not say secret?” asked Mulder.

Mapisa-Nqakula said there was no provision on how to go about the process of the removal, except by sending the matter to the justice and correctional services portfolio committee.

“On the matter of whether we vote secret or not, honourable Mulder says it’s the speaker’s prerogative. I will definitely get advice even on that matter as soon as possible and I should be able to report to you at the next meeting,” she said.

She said smaller parties not represented in the justice and correctional services committee will be allowed to participate during the process. This was after Mulder and National Freedom Party MP Ahmed Munzoor Shaik Emam complained that smaller parties may miss out on deliberations on the matter.

Burying 20 or 50 people a day is not OK, says Africa CDC head