Fury as Knysna seeks hunter to deal with baboons forced into ...

Municipality assures residents it isn’t planning a cull, but opponents point out the problem is entirely humans’ fault 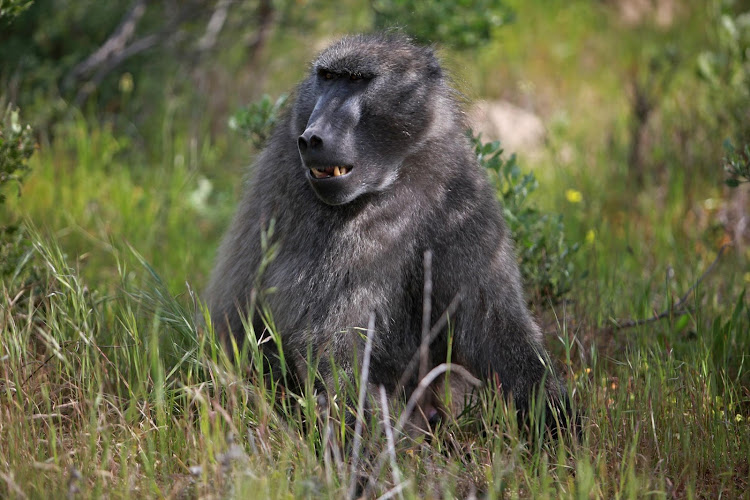 A move to employ a professional hunter to combat invading baboons in Knysna has backfired on the municipality, which faces a public backlash.

After advertising for a hunter, the municipality insisted it was just a precautionary measure and not a precursor to a cull.

“As the baboons, especially some males, have been quite aggressive, this is a precautionary measure to make sure that should there be a life-threatening situation, we can act,” it said in a statement.

“If there is a need to euthanise a baboon, the right steps will be followed and an application will be made with CapeNature for the necessary permit.”

A troop of about 20 baboons has been raiding homes in the Hunter’s Home/George Rex area for several months. The primates help themselves to the contents of bins and in some cases act aggressively when confronted.

However, some residents have been quick to point out that Knysna baboons are increasingly running out of natural habitat. Some troops were lost in the wildfires that ravaged the town and surrounding forest areas, and years of development have eaten up much of their natural rangeland.

“They were slowly pushed out [of their former habitat] so naturally they go to where there is easy food,” said Peet Joubert, former park manager of the Knysna National Lake Area.

He said the conflict between humans and baboons needed to be properly managed by those who understood troop dynamics. “You don’t just say you are going to kill baboons,” said Joubert.

“If you don’t know the structure of a baboon society and you start shooting the so-called rogues, you may end up killing the alpha male. And instead of a solution you may end up creating a bigger problem.”

He said enticing baboons away from urban areas was preferable to culling but required financial commitment. “People and baboons can’t live together, not in an urban area,” Joubert said.

Cobus Albrecht, manager of Pezula estate on Knysna’s eastern headland, said waste was a big drawcard for baboons. The estate employs monitors to keep the troop in the forest “instead of window shopping among the houses”.

“It’s not a new troop — it has been in existence for many years,” Albrecht said. “Unless you have unlimited budget and you feed the baboons regularly somewhere far away, you will have conflict.”

EDITORIAL | We accept doctors’ advice, so why not that of scientists?