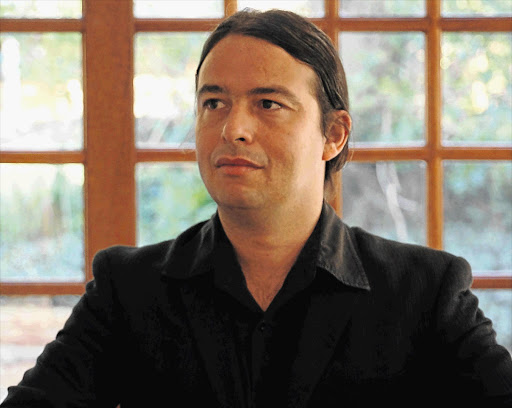 “The constellations of mutations worry us.”

These aren’t the words one wants to hear from SA’s foremost genome fundi, who is keeping tabs on coronavirus variants worldwide.

But Prof Tulio de Oliveira, director of the KwaZulu-Natal Research Innovation and Sequencing Platform (Krisp) at the University of KwaZulu-Natal (UKZN), has sounded the alarm on what’s being called C.1.2 which has been detected in SA and elsewhere.

So what do we know so far?

A preprint study, awaiting peer review, suggests the new variant could spread more quickly than its predecessors and be more adept at evading vaccines.

It also looks the most different from the original strain than any variant so far.

In other words, there is no other variant of concern or variant of interest that has, as the scientists put it, “mutated as substantially”.

It was first detected in SA, but has also been found in places as far apart as New Zealand, the UK, Mauritius, Portugal, Switzerland and China.

According to the researchers, it has been detected “across the majority of the provinces in SA”.

Like other variants of interest, it could be “associated with increased transmissibility, neutralisation resistance and disease severity”.

It belongs to a lineage that was first identified in May this year and evolved from one that “dominated the first wave of infections in SA and was last detected in January”.

The majority of its mutations appear “within the spike protein”, which is why scientists are worried it increases transmissibility and reduces neutralisation sensitivity.

That’s because the spike protein is what the virus uses to “break in” to the normal cells in the human body.

“While the phenotypic characteristics and epidemiology of C.1.2 are being defined, it is important to highlight this lineage given its concerning constellations of mutations,” said De Oliveira and the team. Another major worry is the stealth at which it has been moving around the country.

According to the researchers, its frequency across the globe is very likely underestimated at this stage. In SA it was found in 0.2% of genomes that were sequenced in May.

This rate of increase is similar to those observed in the Beta and Delta variants in the country, meaning it could soon overtake Delta as the most dominant one.

It could also spell the inception of a new wave of infections.

Not only has its presence increased, but the evolutionary rate of the lineage has been speedy.

According to the scientists, “the identification of novel SARS-CoV-2 variants is commonly associated with new waves of infection. Like several other VOCs, C.1.2 has accumulated a number of substitutions beyond what would be expected from the background SARS-CoV-2 evolutionary rate.”

This fast rate of evolution also points to the role of the unvaccinated in the development of such a variant, say the scientists.

More research is needed and is being carried out on the variant.

Med student uses sick beat to encourage South Africans to get vaxxed, yo!

I’m happy I was a vaccine guinea pig. Thanks to trials, you too can be safe