Hlophe to preside over election of speaker

Hlophe to preside over election of speaker

All Covid protocols in place for national assembly vote on Thursday, with Nosiviwe Mapisa-Nqakula expected to win 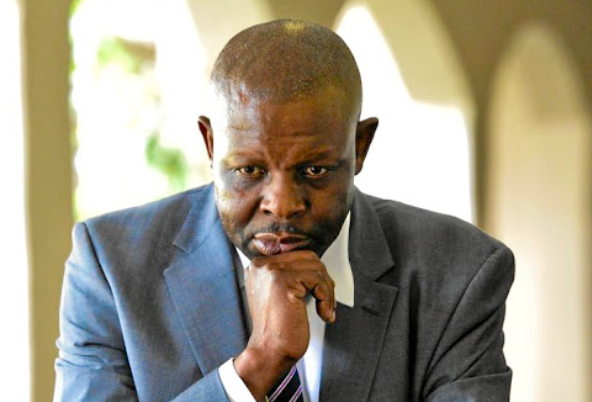 The constitution stipulates that the ceremony, which takes place via secret ballot, be presided over by the chief justice or a designated judge.

Zondo has approved rules for the election process, over which Hlophe of the Western Cape division of the high court will preside.

Modise has held the position since 2019.

Parliament spokesperson Moloto Mothapo said “it was all systems go” for the election.

The special sitting will see many MPs return to the parliamentary precinct for the first time since the outbreak of Covid-19. Coronavirus restrictions resulted in sittings, including the state of the nation address, held in hybrid sessions.

Mothapo said the election would take place in two venues in light of health and safety protocols.

The proceedings are scheduled to start at 11am, when Hlophe is expected to open the sitting and call for nominations for the position from MPs.

The ANC has already expressed its intention to nominate former defence and military veterans minister Nosiviwe Mapisa-Nqakula as its candidate. It remains to be seen if the DA will put up its own candidate after it previously said Mapisa-Nqakula’s nomination was a “complete mockery of parliament and constitution”.

Mothapo said: “If there is more than one nomination, judge Hlophe will call for the voting process to be conducted by a way of a secret ballot. Though the sitting is divided into four areas, the floor of the national assembly chamber will serve as the voting station. Four voting booths have been arranged to enable four members at a time to cast their votes.”

The national assembly speaker is elected from its 400 members. With 230 members, the ANC’s candidate is most likely to succeed.

The voting process is expected to last about four hours, with at least one hour dedicated to counting the votes, according to a spokesperson.

Once the voting is completed, Hlophe will suspend the proceedings to allow for counting.

“Once the votes have been counted, the returning officer must report to judge Hlophe, informing him of the result. On receiving this report, the house will reconvene and judge Hlophe will announce the result,” said Mothapo.

The returning officer will retain the nomination papers, the used ballot papers and their counterfoils in a sealed packet for at least one year. The packet may not be opened except by order of a court, said Mothapo.

After Hlophe’s announcement of the outcome, the new speaker will immediately take over as  presiding chairperson and address the house.

LISTEN | ‘I’m no coward’: Niehaus tells why he’s fighting it out in court

I am up to the job: new deputy health minister