‘A travesty’: deputy minister slams report on Bosasa upgrades to ...

‘A travesty’: deputy minister slams report on Bosasa upgrades to his home

Thabang Makwetla says it was released after parliament had been dissolved, meaning the matter would have lapsed 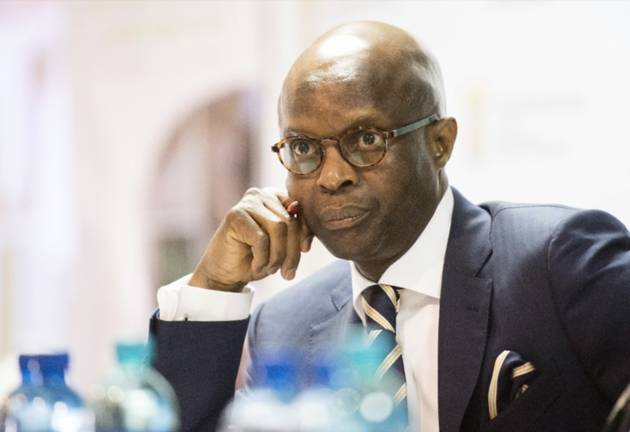 Defence and military veterans deputy minister Thabang Makwetla has slammed a parliamentary report which found him guilty of breaching ethics by failing to declare security upgrades at his home.

Controversial company Bosasa carried out the work, the report found.

Testifying at the Zondo commission on Monday, Makwetla questioned the legitimacy of the document by parliament’s ethics committee.

At the time of the report Makwetla was deputy minister of justice and correctional services, which was doing business with Bosasa.

He said he asked former co-chairperson of the committee Humphrey Maxegwana about its validity and he told him he knew nothing about the report, which was released in March 2019.

But Makwetla questioned the document, saying it was tabled after the fifth parliament had been dissolved ahead of the general elections that year.

“From January this year, right up to March, I have had to engage lawyers to write to parliament to share the record of parliament on this matter. The commission, as attached, has three letters that were written to the speaker of parliament and the chair of the ethics committee by my lawyers, asking for this record.

None of those letters were responded to, no replies, no document provided by parliament.

“None of those letters were responded to, no replies, no document provided by parliament. I was actually surprised that they had sent a report, purportedly to be a report to the commission. This is the most gross of irregularities committed in parliament. It is a travesty of justice. It is an unprecedented scandal in parliament,” said Makwetla.

He argued that when parliament was dissolved all business of the house lapsed, meaning his matter would also have lapsed.

A complaint with the ethics committee was laid by John Steenhuisen, who was then DA chief whip, after revelations at the Zondo commission related to Bosasa.

“I was shocked. I was at home [when the report came out] ... Parliament had ... been dissolved. We had now started to campaign for the elections,” said Makwetla.

He added that the committee had no power to continue doing its work after parliament was dissolved and the report enjoyed no status because it was not tabled by parliament.

He further disputed the cost of the work done, including R150,000 for labour, which Bosasa employee Charl le Roux told the commission about.

He also disagreed that the work took a minimum of 21 days to complete.

“This is totally incorrect because it took them one week to do almost 80% of the job, as I said in my evidence.”

Makwetla said during the week the work was being done, he had gone to Cape Town and by the time he returned, the job was near-complete. The only reason it wasn’t finished was because the team did not have access to his house to do the necessary connections.

There were problems with the camera system from the get-go and it had never worked, he said.