We give you an exclusive look into the life of the former rugby player, from his humble beginnings to the fateful night he was shot dead by Hawaii police 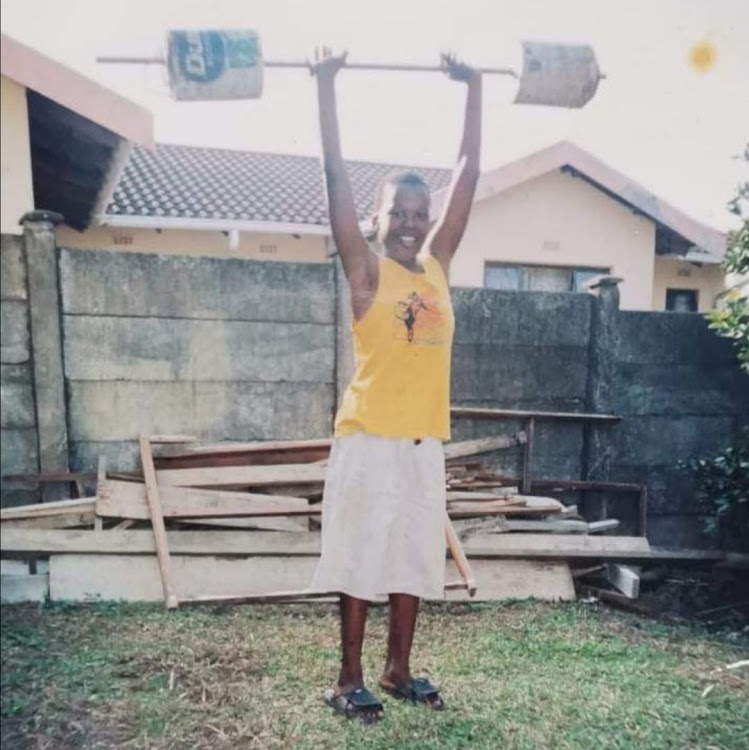 Among the graves of her ancestors, Beatrice “Gogo B” Nhleko, 61, stands illuminated by golden rays of sunlight cast over the rolling hills of Ubombo’s Ghost Mountain deep in the heart of northern KwaZulu-Natal.

Nhleko’s family has lived in the area for a period spanning two generations, and she stands surrounded by the remains of long-passed family members.

“We are all related around here. Cousins, uncles, aunts — we are almost all related here,” Nhleko says.

The latest loss to the family and community came in the form of the April 14 police shooting of Lindani Myeni, Nhleko’s grandnephew.

Myeni, a 29-year-old father of two, was shot and killed during a confrontation with three Honolulu police officers at a luxury Hawaii home.

His early childhood was fuelled by laughter and mischief in areas around the mountain peaks, much of which Nhleko remembers fondly.

“Lindani was always a happy child. He liked singing, running around, playing. He was always busy.”

On the gravel road the laughter of a baby echoes through the valley as it syncs to the tune of the deep reverberations of a man bellowing out a hymn.

Everything, from a woman balancing a bucket on her head to fetch water from a bore hole  to dozens of children playing soccer barefoot in the evening glow is reminiscent of Myeni’s humble roots.

His love for sport remained a constant throughout his life.

“He loved sport. Soccer in his early days and then he fell in love with the game of rugby later in life,” says his stepfather Charles Mchunu.

Myeni served as vice-captain to Thokozani “Twin” Mdluli at Empangeni Rhinos Rugby Club between 2010 and 2017.

They kept a steadfast friendship on and off the field.

Many of those who played alongside Myeni described him as a gentleman on and off the field — a gentle giant.

On the day he died the Myeni family had spent the day visiting places of spiritual and cultural significance on the island of Oahu, where his wife Lindsay had grown up.

Throughout the day he sought spiritual protection, was conflicted about racial prejudices, displayed some erratic behaviour and told his wife he had seen his ancestors.

It was about 7pm when the family arrived home.

Myeni would soon leave to clear his head.

About 30 minutes later, at around 8pm and an hour after sunset, Lindsay called her husband and said it sounded like he was getting out of his car.

“I’m not sure if that was when he got to that home. He told me he was ‘coming now’.”

This would be the last time she would hear his voice.

At 8.10pm, a 911 operator received a frantic call from a woman at a luxury home in Nu’uanu, a neighbourhood known for its historic buildings.

The woman sounds distraught in the almost 10-minute call, saying there was a man from SA in the house and they didn’t know what he wanted.

The call was lodged as a burglary in progress and five minutes later police arrived on the scene, at which point Myeni had already left the house. 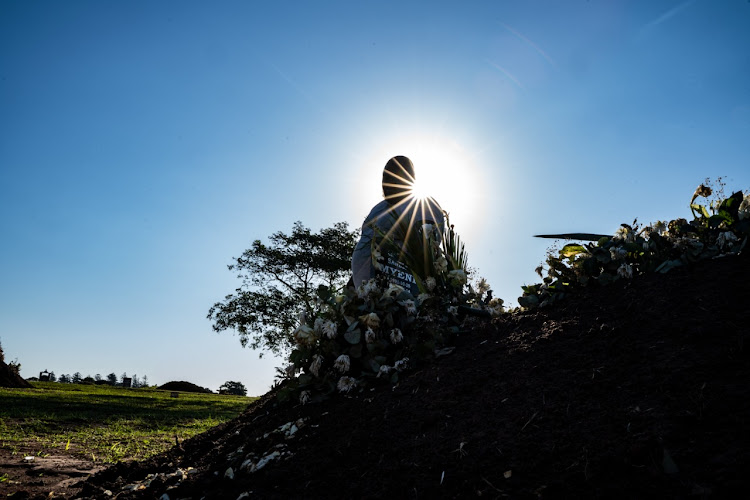 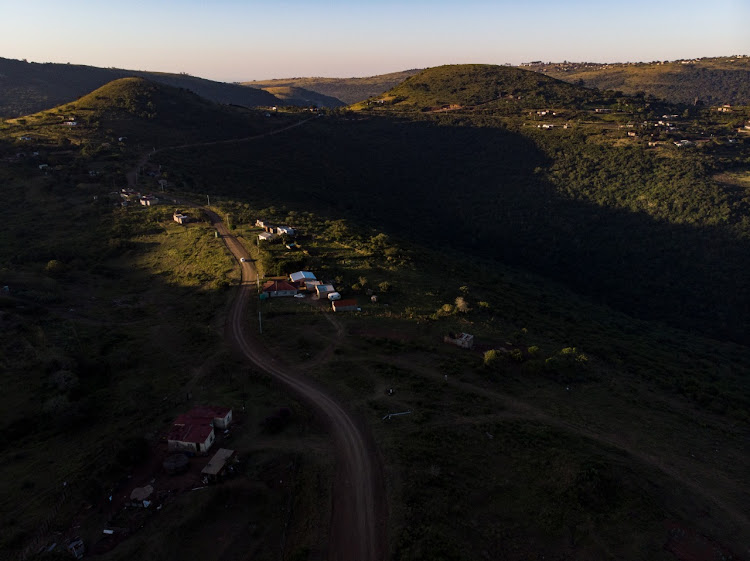 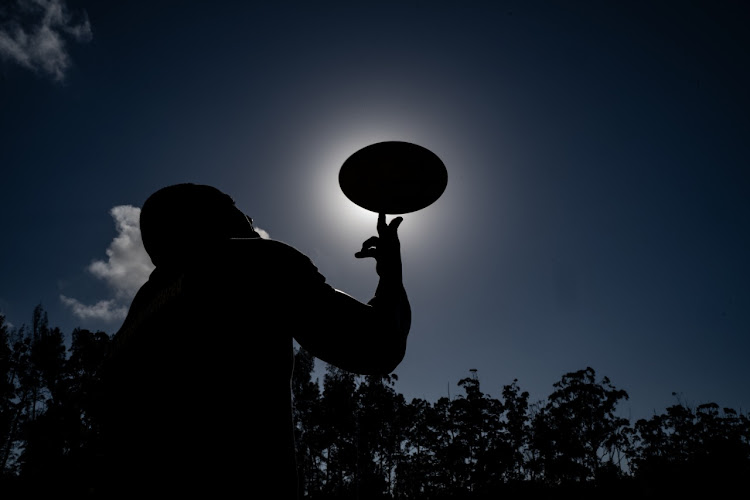 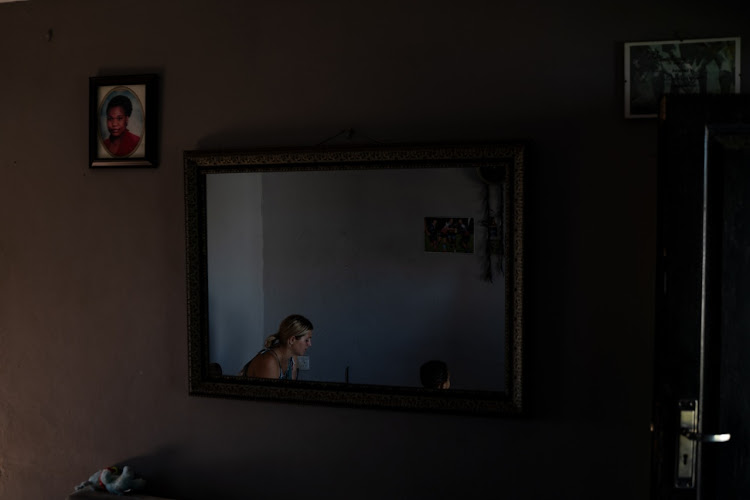 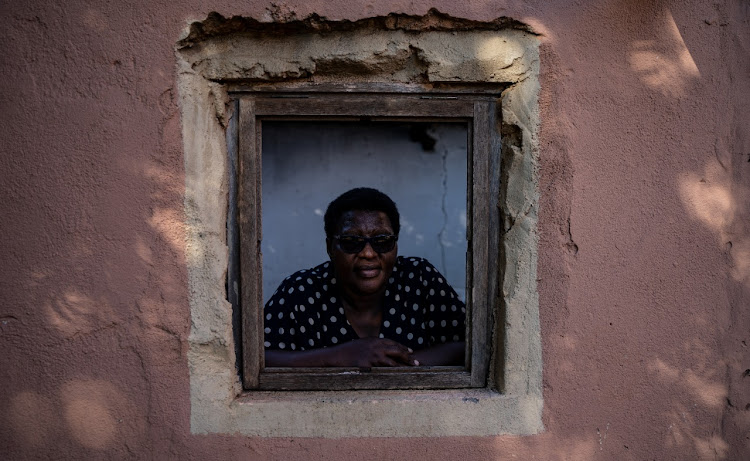 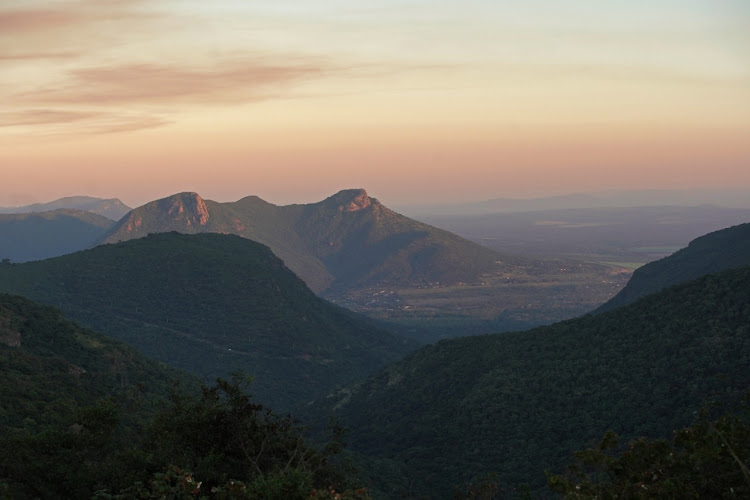 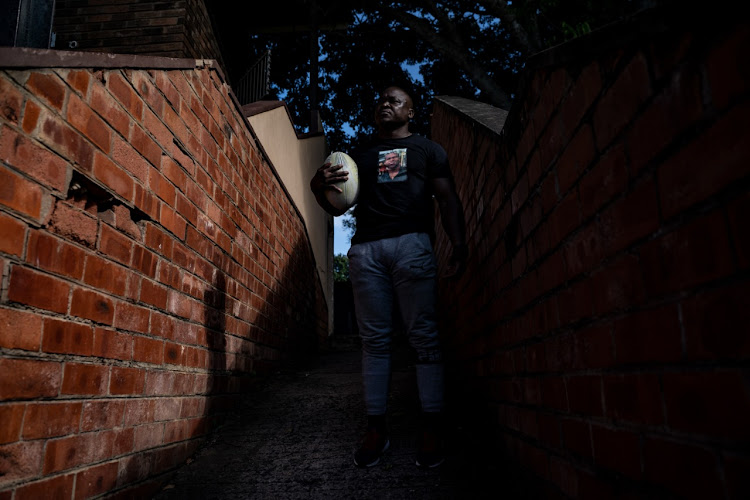 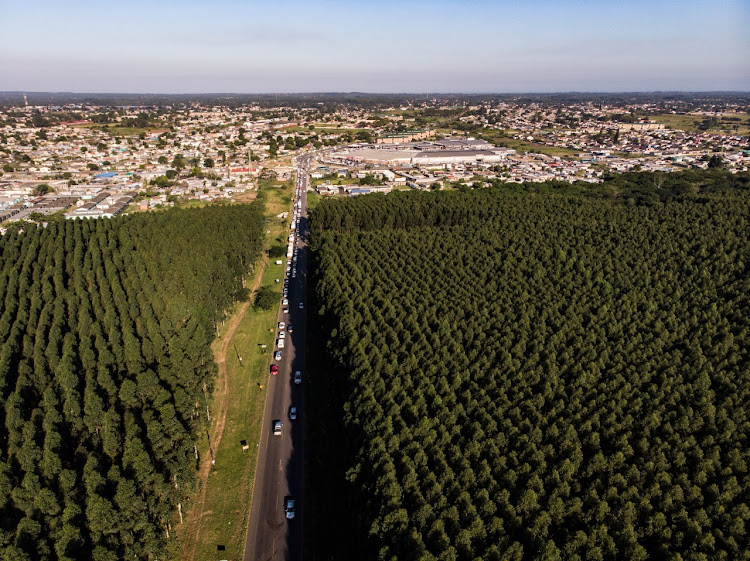 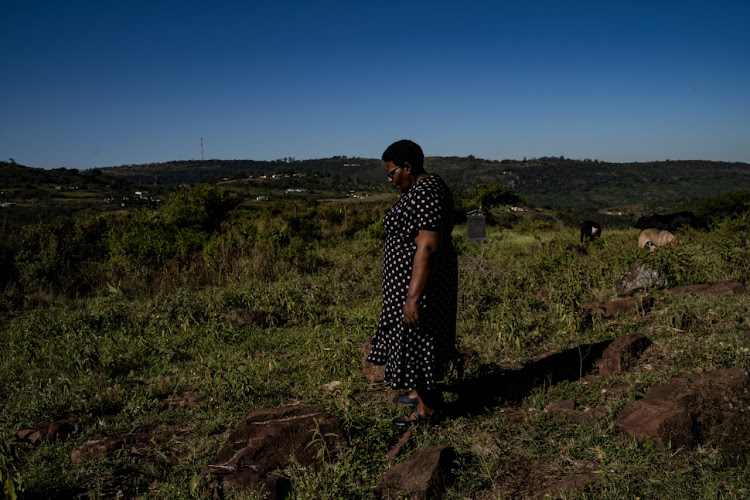 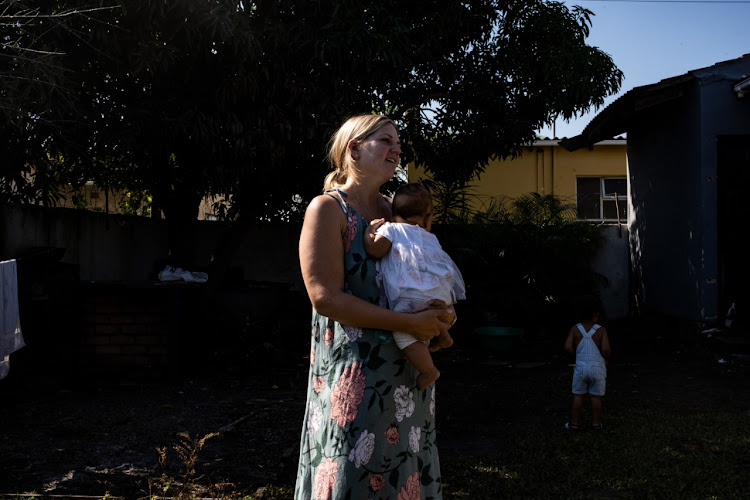 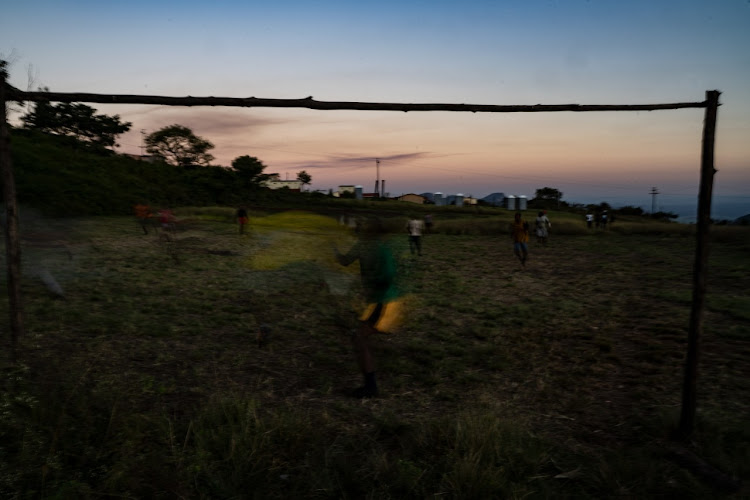 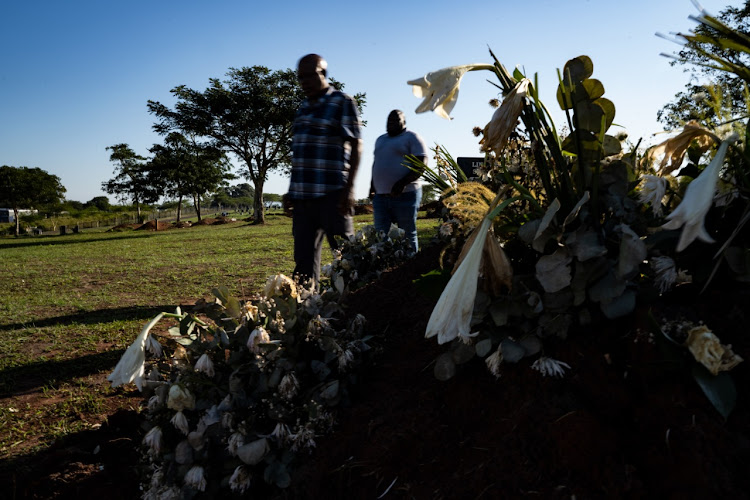 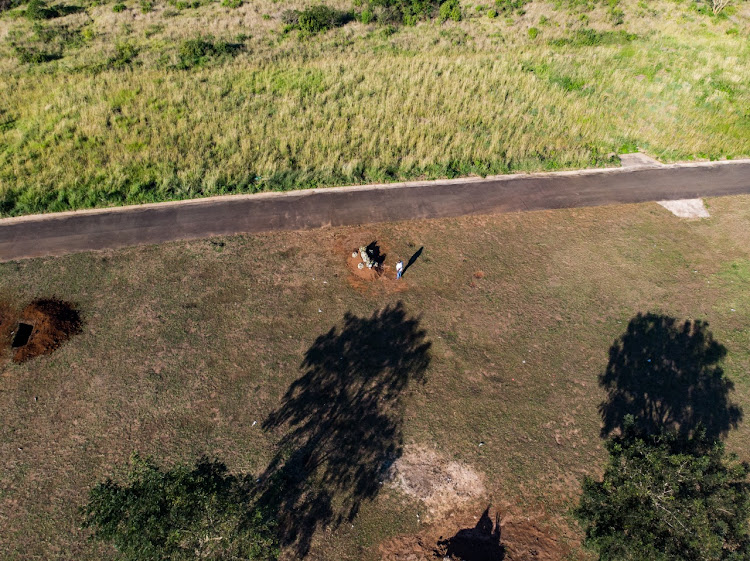 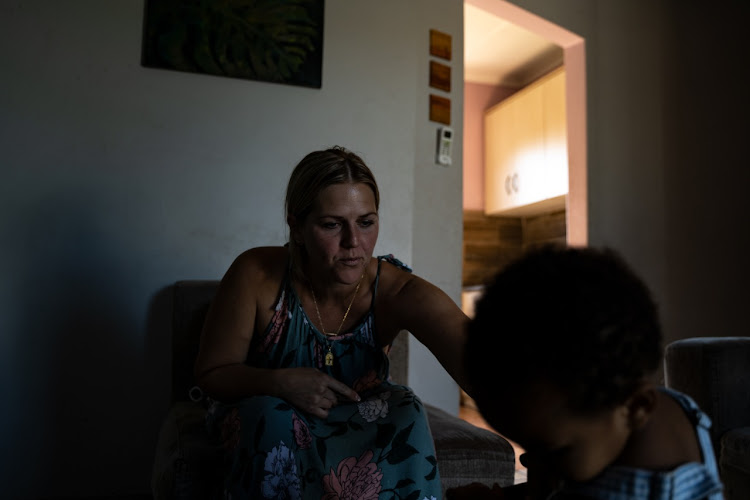 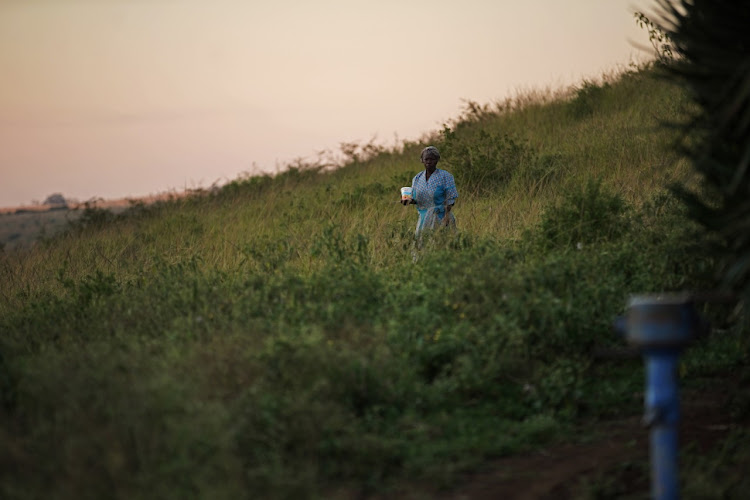 Disturbing body camera footage from two of the three responding officers shows Myeni attacking them in a fit of rage.

The footage was made public two days after the shooting.

Myeni was shot four times in less than a minute after he attacked the officers.

Lindsay said police records showed she had spoken to her husband just 18 minutes before this.

At the time of the shooting Myeni was wearing his Umqhele, a traditional Zulu warrior headband.

Lindsay said she believed he had put on his Umqhele and taken off his shoes before entering the home as a sign of respect.

His Umqhele, wedding ring, cellphone and clothing are being withheld by the Honolulu police department without any reason given to the family.

The home where he was shot is said to be a place of business that accommodates temporary island visitors for 30 days or more, which is in line with the city’s regulations.

Lindsay believes her husband had no reason to be at the house other than if he had mistaken the property for the Iskcon Hindu Temple, situated next door.

The home, at 91 Coelho Way, is advertised on social media platforms.

“Built in 1989, a private luxury family home in the heart of Hawaii. Follow our classic modern-modern renovation. Sleeps up to 18. Rental info: PM,” is the description on the home’s private Instagram account.

It was somewhat of a fairytale — two star-crossed lovers, a common room and 18 hours of conversation over the course of three days.

Lindani and Myeni had met while staying in the same accommodation in Durban in 2016.  There deep conversations would evoke life-changing decisions which would result in their marriage just over a year later.

“He was cautious of me at first. ‘What are you guys really doing here? Aren’t you a bit young to be a missionary? Are you even qualified?’ He loved that I instantly trusted him.”

The family had been living in Hawaii for three months, having left Denver, Colorado, for a place which shared values of aloha (the value of unconditional love, of self and of others), similar to the values of ubuntu.

Lindsay said their move to Hawaii was partially based on the fact that she had secured a job in real estate on the island of Oahu, where she had grown up.

Almost a year after waiting and being a stay-at-home father, Myeni’s green card was arriving the following week. He would finally be able to provide for his family and support those back home.

“We were celebrating life. We went up to Lāʻie. It is an hour’s drive and along the way there’s lots of beautiful stuff. We stopped at places that were culturally and spiritually significant. He felt like he needed protection that day and he said it throughout the day.”

Their first stop was at the palace of one of the most influential people in Hawaii’s history, Queen Emma.

“He told me he could feel his ancestors there and I said: ‘We’re in Hawaii. What do you mean?’ He said our ancestors were the same. ‘They’re connected to ours. The Hawaii ancestors and the Zulu ancestors do things the same way. I can feel it.’”

Lindsay said on their way back home Myeni had some sort of premonition.

“He kept saying ‘oh my gosh’ and covering his mouth. ‘I see it, I see it now.’ I asked him what was going on, what was he seeing but he didn’t want to tell me. He said I will understand later. I don’t know what he saw and I don’t know what it is like before you die. I’m not sure if God shows you things that start to make sense.”

Outside their home that afternoon Myeni had yet another spiritual experience.

“Before we entered the house he stopped and told me he had seen the graves of his ancestors and that I shouldn’t be scared because they were embracing him.”

Lindsay’s description of what Myeni said he had seen resembled the graves of his ancestors which Sunday Times Daily visited at his family homestead in Ubombo.