Nothing can change what drunken driver did, says mom grieving ...

Nothing can change what drunken driver did, says mom grieving daughter

To mark Global Road Safety Week, Leandra van Wyk relives a family tragedy as a reminder that drinking and driving can wreck lives in a second 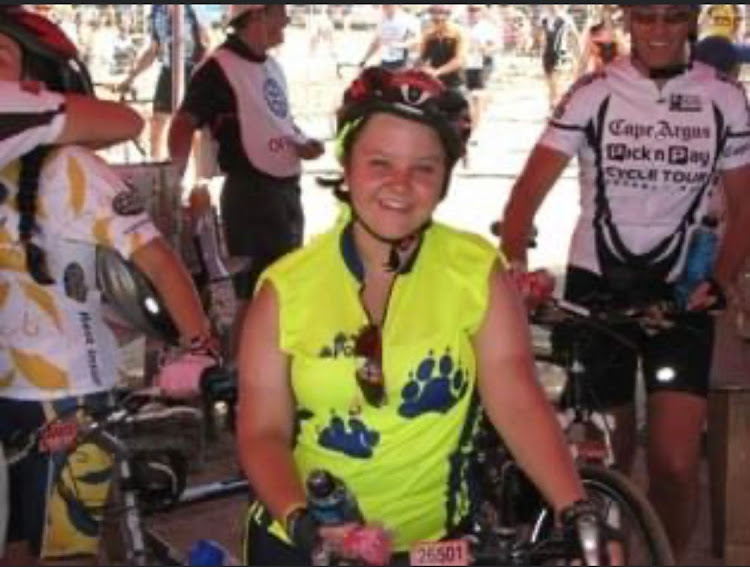 LOST IN A SECOND Merzanne Van Wyk, 18, left behind a family that is struggling to come to terms with such an avoidable tragedy.
Image: Supplied

Earlier this month, Leandra van Wyk’s three daughters knew better than to celebrate Mother’s Day. The occasion is so hard for her, that ignoring it is the only way out. In December too, when the “laatlammetjie” fourth daughter gets married, the joy will – as usual – be overlaid with pain.

Eleven years have passed since a tragedy – entirely avoidable – robbed Leandra and her husband Robby of their teenage daughter Merzanne.

For their three other daughters, Monique, Henriette and Sunelle, there is a well of pain that will never go away.

“It was a single moment in time,” says Leandra. “But nothing can go back and change it. Nothing.”

His bakkie had clearly been in an accident, and he made eye contact with me, and I think he saw we were wearing similar cycling outfits and then quickly turned his vehicle around.

On a cool morning in July 2010, Leandra set out on her bicycle with three of her four daughters.

Merzanne had six months left at Florida High School. Her matric dance dress had been made and her mother had told her: “You will get the best present of all on your birthday come January 6 next year because that’s the day the matric results will come out!”

Her husband and fourth daughter Sunelle, 12 at the time, were at home.

The mom and her three older daughters had set out early to get a cycle in before the roads got full and, at one point, Monique said she would take a different route home.

The other three went ahead, with Merzanne at the back.

Speeding along in his bakkie that morning was Wynand Venter, 33.

He was an accountant with a sparkling career ahead of him, and many of his clients were in fact Leandra’s colleagues – other estate agents on Johannesburg’s West Rand.

The night before, he had been at Little Falls.

Knocking back one drink after another, he had stayed out all night, then climbed into his vehicle for the drive home.

Still drunk and without sleep, he came speeding round the corner where Merzanne – trailing far behind her mom and sister – was cycling.

When the other two got home, they wondered where Merzanne was.

They weren’t too worried: she was an experienced and careful rider who had even done the Argus cycle tour.

Perhaps she had a flat tyre, they thought.

They headed out in the car to look for her, and on their way, they passed a man in a bakkie.

“I remember it so clearly,” she recalls. “His bakkie had clearly been in an accident, and he made eye contact with me, and I think he saw we were wearing similar cycling outfits and then quickly turned his vehicle around.”

There they were, eating supper, when suddenly a car was in their...

She still didn’t make the connection, but as they drove on, the worst nightmare that could take over a mother’s life became a reality.

She found Merzanne’s lifeless body on the side of the road.

Venter had knocked her off her bike so hard that she had sustained fatal back and neck injuries on impact, and he had fled the scene.

“He must have hit her, and then passed me and Henriette, and then turned around and went back to the scene where she lay. But a lady who stayed opposite said he didn’t sit with Merzanne or call for help. He just quickly tried to clean up the scene, but he didn’t see he had left his number plate there,” she says.

The next few days were a blur of tears, planning a funeral and just being in utter shock.

The Van Wyks are a very close family, but Leandra says she had no idea how many friends Merzanne had or how she had influenced so many people.

Merzanne’s friends had made a book for Leandra and the family in which they’d written letters on how Merzanne had had an impact on their lives.

In the days that followed, when the family hunkered down at night and the pain became even more unbearable, they would hear a sound outside at the gate: another memorial candle, another bunch of flowers.

“She was just so special,” says Leandra. “She had this way of saying things.”

Over the next two years, Leandra says her whole life “fell apart” as she sought justice.

We sold our bikes and never got on a bike again.

“I was so focused on this man being brought to justice, and the police were so useless that it consumed me.”

Eventually after months of delays, inaction and silence from the authorities, the moment arrived and the court case was scheduled to begin.

But then “the guy had a fight with his girlfriend, and she was about to turn state witness”.

Venter loaded a pistol and shot himself in the head at his home.

“It is not only our lives that got turned upside down. I think of his parents and his family too. He ruined so many lives when he got into his bakkie that morning,” she says, “and you can never go back and change it.”

Everything comes in packs of six.

“After Merzanne passed away, there would always be one of everything left. Even having dinner around the table – you set the places, and now there are just five instead of six,” she says.

The family had been keen campers and cyclists, even completing gruelling races such as the Argus.

But in the shadow of Merzanne’s death, everything changed.

“We sold our bikes and never got on a bike again,” says Leandra. “So even my own body is a reminder. It is changing.”

Others may draw a veil of silence over the loss thinking it’s too difficult a topic to broach, but for Leandra, talking about Merzanne brings comfort.

‘We can’t sleep’: horror crash survivors relive the carnage and...

“People don’t know what to do with your pain and your sore heart when you’ve lost a child. They can’t handle it. People think I don’t want to talk about my daughter, but I do.  I said to my other daughter this morning [about the interview with Sunday Times Daily]: ‘I actually have an opportunity to talk about Merzanne, and it is so nice.’ People who haven’t lost a child don’t know what it’s like. They couldn’t possibly.”

Even before commemorating her daughter on Facebook, she wonders if people feel she is looking for attention.

Then there is the site of the crash, a nondescript road to anyone else but the source of endless pain for the Van Wyks.

“My husband made a cross where Merzanne got killed,” she says. “But someone kept breaking it down. We are in Roodepoort, West Rand, but we got a call saying the cross had ended up at a mortuary in Parys, Free State.”

Leandra says she has “learnt to live with the grief as it never goes away”, and just as she thinks she might feel better, something small will trigger the memories and the pain comes flooding back.

Others suggested she meet the parents of her daughter’s killer, but she declined.

“I can feel their heartsore too,” she said. “But I never felt ready to meet them. When he took his own life, I felt for them, but I was also glad my daughters didn’t have to go through the court case and relive it.”

She goes quiet and adds: “There just nothing in the whole world that can bring Merzanne back.” She cannot hold the tears back.

You can’t explain to anyone how it feels. That man sentenced us to a life of grief.

“You can’t explain to anyone how it feels. That man sentenced us to a life of grief. We wish for everyone to think twice before they drink and drive because you can’t make it right once you’ve killed someone. If one life can be saved by me reliving the horror of how I lost Merzanne, it is worth me talking about it again, however painful. In a split second you can take a life and destroy many others.”

Over the years, there have been weddings and births – milestones that bring joy but also make Merzanne’s absence all the more painful.

“When the two eldest ones got married, we were all just crying and crying. We were missing her so much. In December, the youngest one Sunelle is getting married, and we will feel it again. My eldest has two daughters, and the one is like a clone of Merzanne,” she says, adding their coping mechanisms have not always been aligned.

“We were like a train that was grieving, but we were all at different stations. I would pass her bedroom and open the door. Someone else would walk past and close it. Another would sit on her bed and weep. One will say ‘put up a cross where she died’. Another will say ‘no, that is not where she is’. We were and still are just trying to cope,” she says.

Sometimes comfort only comes out at sea, where there is nothing but the moving canvas of the ocean.

“My husband and I do deep sea fishing. The two of us go out on the rubber duck and out there, in the middle of nowhere on the water, we let ourselves sob. You just can’t explain to anyone how it feels.”

She says birthdays and Christmas are difficult.

“But the hardest of all is Mother’s Day. That’s why we don’t have it at all anymore. It just hurts too much. We rather just make my birthday more special,” she says.

Leandra and the family have made a memorial site in the garden for Merzanne, and her clothes have been reworked into teddy bears for each daughter.

Her portrait, just like that of her three sisters, hangs in the passage in the family home.

“Ouma has got four daughters,” the grandchildren say.

Gigaba obsessed with hiding how he cosied up to Guptas, says his ex