Lockdown only exacerbated the problem of insurers not doing the right thing. Here are some cases the ombud ruled on 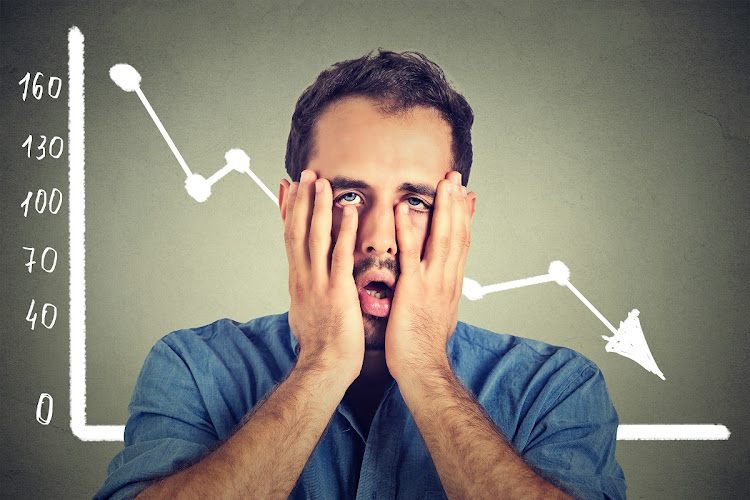 HANDS FULL The ombudsman for long-term insurance received more requests for help than ever before last year - 14,198 - thanks in part to a spike in complaints about retrenchment and loss of income benefits as part of credit life policies.
Image: 123RF/Ion Chiosea

The pain and trauma of 2020 is a sombre theme in the statistics shared by the first joint report of the offices of the ombudsman for long-term insurance and short-term insurance.

The two offices underwent a “soft amalgamation” effective from the beginning of last year.

The ombudsman for long-term insurance (OLTI) received more requests for help than ever before last year — 14,198 — thanks in part to a spike in complaints about retrenchment and loss of income benefits as part of credit life policies.

Declined claims made up 52% of Covid-19-related complaints to that office last year.

“We have been, and are dealing with some new and difficult issues generated by claims being declined and the resulting complaints,” said deputy ombud Jennifer Preiss.

“One such issue is whether an insurer is obliged to pay a claim for benefits related to an insured’s inability to earn an income when they receive Temporary Employee/Employer Relief Scheme/TERS payments.”

Some insurers had argued that because the policyholder had received those payments via their employers, that was income and thus there was no claim.

“We pointed out that the money came from government, via the employers, and those claims were then settled,” Preiss said.

More than 10 million long-term insurance risk policies lapsed in 2020, according to the Association for Savings and Investment SA.

In most cases that was due to non-payment as a result of income or job losses and, in OLTI’s view, the insurers could have done more for these clients.

“Though some insurers provided premium relief of one type or another, this was not universal, and the relief packages were not all equally generous,” Preiss said. “It is unfortunate when a risk policy lapses, but even more so during a pandemic when cover is so crucial.”

OLTI may, regardless of whether a consumer’s complaint is upheld or dismissed, award compensation of up to R50,000 for poor service, defined as “for material inconvenience or distress or for financial loss suffered by a complainant as a result of error, omission or maladministration (including manifestly unacceptable or incompetent service) on the part of an insurer”.

“Consumers, and even this office, often had difficulty in contacting and communicating with insurers,” OLTI said. “This led to complaints, particularly when claimants were desperate to have claims paid, for example, under funeral policies.”

But insurers are generally not that keen to have to compensate their clients for treating them badly; particularly if the ombud comes up with an amount they consider to be too much.

In a case study included in OLTI’s report, Liberty dug its heels in and forced a final determination over compensation.

The insurer initially offered R2,500 as compensation to its client for poor service. She declined it, and OLTI agreed that the amount was far too little, given that, “at a time when ‘Ms W’ was stressed and ill, Liberty’s poor handling of her claim and complaint added to her distress”.

“The often nonsensical and contradictory answers that Liberty gave to questions and requests added to ‘Ms W’s’ frustration. Right from the start, Liberty has been unhelpful in the handling of her claim and the complaint,” OLTI said at the time, urging Liberty to pay its client R15,000 as compensation.

In the provisional ruling, Liberty acknowledged the claim and complaint had been poorly handled, and apologised for the “oversight”.

But the company said it was only willing to pay her R10,000, without explaining why. “Ms W” rejected that and had “extensive personal reasons” for rejecting the insurer’s increased offer of compensation, OLTI said.

That forced the ombud to make a final determination, meaning it is made public, and the insurer is named, but not the complainant.

“The lack of reasons from Liberty for its non-adherence to the provisional determination is further evidence of the perfunctory handling of this complaint,” the office said. Liberty was instructed to pay the R15,000.

On average, OLTI found in favour of complainants in 31% of cases, and granted compensation to the value of almost R818,970.

Death by Covid is tragic, but not accidental

OLTI warned that many consumers have been sold accidental death cover, not realising that their premium does not cover death by natural causes.

“These policies are generally sold by means of direct marketing [over the phone] without advice.

“If the sales process is not conducted in such a way that it is explained in easy-to-understand terms that the policy only provides accidental cover, and what that means, it can lead to disappointed expectations at claim stage.”

In one such complaint which came before OTLI last year, the beneficiary of an “accidental death” policy argued that death due to the Covid-19 virus was accidental, because contracting the virus was accidental and the death it caused was violent because the deceased was unable to breathe.

But, OLTI said, “contracting a disease is generally not regarded to be an accident”.

Its complaint trends in 2020 were also largely influenced by the nationwide lockdown and other restrictions to combat the spread of the coronavirus.

Motor vehicle claim complaints were down 12% on the previous year — the lowest in the past five years.

Commercial complaints increased by 5%, with the majority relating to business interruption claims.

What motorists need to know about ‘reasonable precautions’

OSTI CEO and deputy ombudsman Edite Teixeira-McKinnon expressed the office’s concern about a new trend — insurers rejecting claims on the grounds of the “reasonable precautions” clause.

“This clause is a general exclusion to cover contained in most vehicle insurance policies. It refers to the insured’s obligation to exercise due care concerning the insured vehicle and to prevent loss.”

In most cases, she said, it referred to exceeding the speed limit.

In previous years, some insurers relied on insufficient circumstantial evidence to justify rejections based on driving under the influence, “in which case OSTI would overturn the insurers’ decisions”, Texeira-McKinnen said.

“The upward trend in insurers relying on the reasonable precautions clause, we believe, may have, in some measure, been influenced by this.

“But the insurers’ reliance on this clause has, in some cases, been incorrectly applied and/or unsubstantiated.

“An insurer may only successfully rely on the clause if it can prove that a driver acted recklessly, in a specific legal sense.

“But speed alone is not an indication of recklessness.

“Therefore, a claim cannot be invalidated by the insurer if it is, at best, established that the insured drove negligently at the time of the collision.”

In 2020, 16% of motor vehicle disputes were resolved in favour of the insureds, involving a collective sum of almost R49m.

The primary cause for the homeowners’ insurance claim complaints was the rejection of claims based on policy exclusions for damage caused by defective design, construction or workmanship, wear and tear, and lack of building maintenance.

“This continues to be the main basis for consumer dissatisfaction in homeowners’ insurance coverage,” OSTI said.

This was mainly due to the fact that when a homeowner has home loan and insurance with the same bank, they assume that when a bank official visited the property at the time of purchase, he confirmed that the property was free from underlying structural defects, wear and tear or other maintenance-related issues that may affect the outcome of a future claim.

In reality, the assessor is merely there to check that the property has sufficient value to act as security for the loan, OSTI said.

“It is the insured’s responsibility to ensure that the building is properly maintained and structurally sound.”

Only 11% of homeowners’ insurance disputes were resolved in favour of the insureds’ complaint.

The Constantia furore plays out in the claims stats

According to the office’s complaints case stats, Constantia Insurance Company was the subject of the highest number of complaints last year — 796 — no doubt as a result of thousands of people having their life and illness policies, underwritten by Constantia, cancelled from the end of March 2020.

In a case study included in OSTI’s report, a man claimed for a bag containing travel documents and electronic items which was stolen from his car’s boot.

The insurer rejected the claim because there was no forced entry into the vehicle — a common exclusion in car insurance policies.

He said he had locked the car with his remote and produced CCTV footage showing that his bag was indeed stolen from his car’s boot.

OSTI’s adjudicators found that the man did not negligently leave the vehicle unlocked, but rather that the cause of the loss must have been the use of remote jamming, a sophisticated method to gain access into the vehicle.

“It would therefore be unfair for the insurer to decline the claim for what seemed to be a genuine loss, albeit the insurer is entitled to do so in terms of its policy wording,” they felt and recommended that the insurer settle the claim.

Responding, however, the insurer said the video footage did not show that the insured had locked the vehicle when leaving it and could not be given the benefit of doubt.

“In the light of the insurer’s further representations, the office found that there was no basis on which to compel the insurer to settle the claim.”

Three times lucky: how I got a triple dose of AstraZeneca