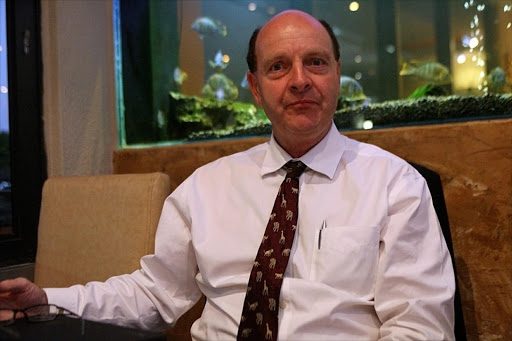 This after Montana told the state capture inquiry on Monday that O'Sullivan was the country's “number one criminal” for allegedly leading a campaign to destroy him.

Montana made the accusation against O’Sullivan when he was questioned on allegedly being involved in a corrupt property development venture sponsored by a Prasa service provider, a matter O’Sullivan took a keen interest in and compiled a report on.

In an affidavit O’Sullivan shared with Sunday Times Daily, he accused Montana of using the Zondo commission to sanitise his Prasa sins while tarnishing those who sought to expose him.

“I am sick and tired of criminals like Montana trying to bring my country to its knees and destroy me in the process,” O’Sullivan said in his affidavit, submitted to the inquiry.

In the same affidavit, submitted in November 2020, O’Sullivan sought to petition the inquiry to censor Montana by not giving him the platform because “architects of state capture belong in prison, not on a [commission] witness box”.

I am sick and tired of criminals like Montana trying to bring my country to its knees and destroy me in the process.

O’Sullivan denied ever having Montana under surveillance but admitted to having carried out surveillance of one of Montana’s properties he believed was bought with the proceeds of crime.

“I managed to convince a neighbour to allow us the daytime use of his daughter’s bedroom and I set up an observation post for one of my undercover specialists with binoculars and telescopic lens camera, for purposes of ascertaining who was coming and going out of the property.”

The evidence gathered from this surveillance operation, claims O’Sullivan, assisted him to open a case of corruption, fraud, money laundering and racketeering against Montana.

O’Sullivan believes the evidence he provided was enough to charge Montana. However, he believes Montana was never charged because of political cover allegedly provided to him by the governing party.

He further insists that Siyangena, a company that was a service provider, had a corrupt relationship with Montana.

According to him, he tried to stop Prasa on one occasion from processing a R300m payment to Siyangena but the SOE went ahead anyway.

Montana has denied having a corrupt relationship with Siyangena.

Montana told the inquiry that this was manufactured by O’Sullivan to nail him after he rejected his offer to keep law-enforcement away from him.

O’Sullivan has denied Montana's claims that he was engaged in illegal mafia-like activities to see the former Prasa CEO nailed.

“I was never involved in illegal activities, as alleged by this criminal,” he charged.

“I note that he tenders no evidence of such. Nor does he state the case number of the dockets he opened against me, which he would surely have done if he believes I was involved in illegal activities.

“It is clear to me that Mr Montana, like many criminals before him, is using the Zondo commission to attack, to intimidate and criminally defame those that have called for his arrest and prosecution.”

Montana invited O’Sullivan to cross-examine him so it can become clear who is telling the truth between them.

What a Sascoc-up: fights with Mthethwa go on and sport’s the only loser