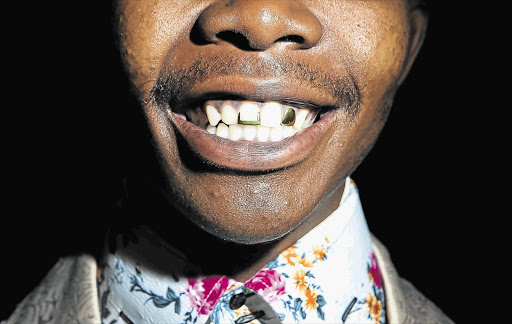 Tina Hokwana decided to join academia when a man accused of shoplifting offered to pay for her legal assistance fee with his gold tooth. File image.
Image: LAUREN MULLIGAN

An accused shoplifter’s offer to pay legal fees with his gold tooth prompted an enthusiastic lawyer to quit the profession.

“I knew I was done litigating in criminal court the day an accused took out his gold tooth as payment for my fees,” she posted on Twitter.

Other Twitter users responded by also sharing their experiences.

I knew I was done litigating in criminal court the day an accused took out his gold tooth as payment for my fees.

“A client came with a dispute concerning ownership of a piece of land. Payment? He’d give us the said land if he won the case,” Takondwera responded.

“The grandmother of a client offered homemade bottled fruit as part of fee payment,” said JoeJoe.

Another Twitter user, Ntsieni Mudzielwana Murwa waha Tshikovhangamakamba, said she thought it was “my profession only whereby people opt for anything as payment. I once was told to sell debris as payment to neighbours building their mansion with not enough material to fill the foundation.”

@Oumuamua posted: “I had a tenant that worked for Nike years ago — wanted to pay me in takkies. I told him if he could deposit it into my bank account, I would be OK with it.”

Hokwana spoke to Sunday Times Daily on Thursday. She said her tweet was prompted by a recent visit to a Port Elizabeth court to see a friend.

A client came with a dispute concerning ownership of a piece of land. Payment? He'd give us the said land if he won the case.

“I haven’t been to court in a while and the week before I had to meet a friend at the criminal court. I had all the flashes of my previous appearances in court flooding back. And that morning I just remembered this is the reason why I don’t appear in court any more. It was just too stressful for me. I decided to join academia,” said Hokwana.

Hokwana had been practising for five years, including two years of articles, when she was approached by a man accused of shoplifting who asked her to represent him. The man was unemployed and the only valuable item he could think of was his gold tooth.

“I was able to get some sort of background into his case and his financial situation. At the time, he was unemployed. His matter had been postponed numerous times.

The grandmother of a client offered home made bottled fruit as part of fee payment. 🤦

“He did not trust his Legal Aid attorneys. So there was just a lot that was going on with him. He then approached me to see if I would be able to make the same request to the magistrate and the state for the charges to be provisionally withdrawn until such time that the state was ready to proceed.

“But at the time, he was not a client of mine and there was a process in my law firm that all clients must sign a service-level agreement that a deposit must be paid. A client had to go through all those steps before I could represent him.”

Hokwana said she spoke to the prosecutor and asked that the matter be stood down so that she could take instructions.

I thought is my profession only whereby people opt for anything as payment. I once was told to sell debris as payment to neighbors building their mansion with no enough material to fill the foundation. pic.twitter.com/tSLyXKzEta

“The only way I could be able to deal with the matter would be to try to find an attorney who specialises in criminal law because at the time I was not specialising in criminal law. It was an area of law I was not interested in. I just happened to have criminal law clients and I was the only one in my firm that had criminal law experience,” she said.

“I was able to find a friend of mine who specialised in criminal law and was able to make representations after proper consultation to be able to present argument in court for the charges to be withdrawn.

“This is a person who is unemployed and our criminal justice system is expecting that person to be at court every single time — only for the matter to be postponed.”

Hokwana said she became very emotional when the accused offered to take out his tooth and offer it to her as payment.

“I think it was one of those detachable ones and he said he had paid — while he was still working — R2,500 for it to be inserted.

“When a person in that position is in financial distress, you do not take what they have or what they see as something of value.

“All I could do for him was to find a friend who specialises in criminal law to take the matter pro bono [for free] as he could not afford legal representation.”

Africa to raise guard against Covid-19: emergency meeting on cards

Redeployment of ‘Earth’s most critical rhino ranger’ is ‘questionable’