Jessie, who was rejected by two previous owners, fought for 34 minutes to save Chucky from pool 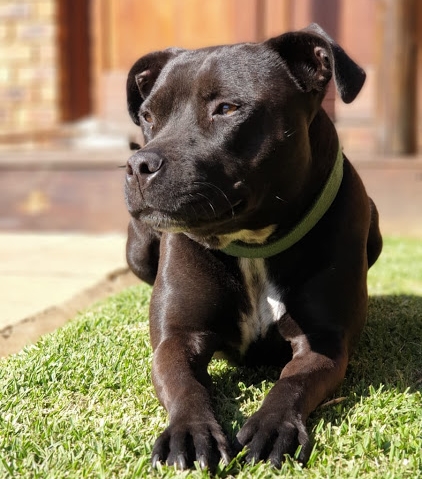 Jessie emerged as the hero in a near-drowning incident.
Image: Supplied

It was a near-drowning incident with a happy ending for a family from Boksburg, east of Johannesburg, after their Staffie named Jessie saved their Toy Pom from drowning.

Byron Thanarayen and his wife Melissa could not fathom why Chucky, the Toy Pom, had a wet head and dry body. They were shocked when they eventually found out what happened last Friday.

Byron said Melissa insisted he may have been in the swimming pool but he dismissed this as the dogs never went into the pool unsupervised.

“We tried to look for clues as to where he could have wet his head. We thought maybe he dipped his head in the water, but there was no mess in the house to support this suggestion,” he said.

After looking for clues but getting nowhere, they decided to check the security camera footage which confirmed Melissa’s hunch — but with a twist. Chucky had fallen into the pool while walking past.

I still cannot believe that this has happened... We Got home, I noticed my Little Grandpa Toy pom (Chucky) was wet,...

Jessie, a rescue adopted from the SCPCA in Boksburg four years ago, ran to the edge of the pool and — after trying for 34 minutes — eventually managed to pull the flailing Toy Pom out of the water by using her teeth.

“It was heart-wrenching to watch. We still struggle to watch that video today, just thinking of what could have happened if Jessie was not there,” he said. 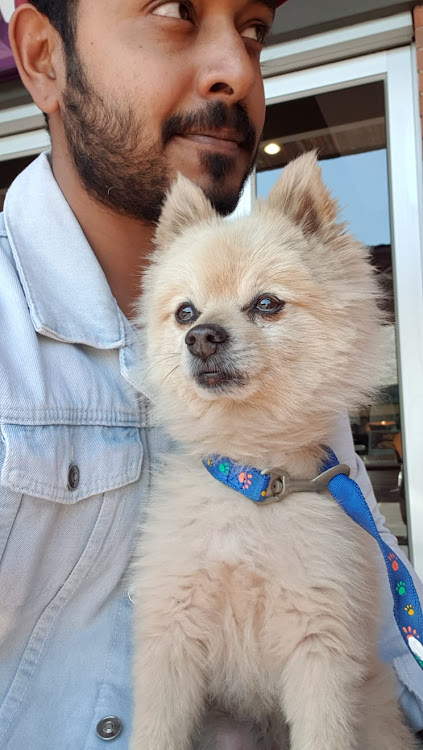 Byron was grateful to Jessie, who he described as a loving and caring dog.

“Jessie is the best dog we have ever had,” he said, adding they were her third owners as previous owners who adopted her had to return her to the SPCA.

“They said she didn’t get along with their other dogs, but I have not experienced this. She got along with our other two dogs from the word go,” he said.

“I'm really proud of her, considering she is the youngest,” he said.

Byron said in the five years they had lived at the house they had never encountered such a situation.

“Our dogs know how to swim but they always swim with us and not when we are not with them. They also know where the pool steps are.”

Byron said they were installing a pool cover.

“It never occurred to us previously that we needed the cover, but since this incident we saw how important it is to have one.”