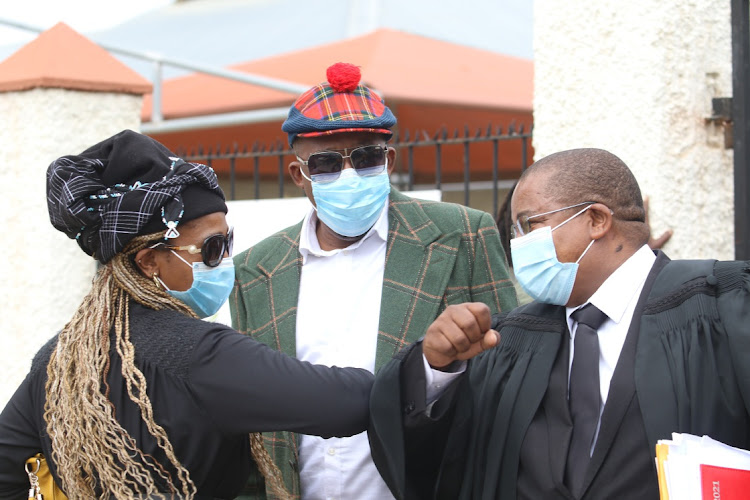 DA MP Mlindi Nhanha spent a night in jail on Monday and on Tuesday endured a bumpy two-hour ride to court in the back of a state van loaded with court accused.

This was after he was arrested for alleged attempted murder and discharging a firearm in public during a commotion at his in-laws’ homestead in Alice in the early hours of Sunday.

Nhanha was arrested at his Makhanda home on Monday after he had allegedly shot at, but missed, his brother-in-law who had tried to intervene in a physical quarrel he was having with his wife, according to NPA spokesperson Anelisa Ngcakani.

The 51-year old MP, who is a member of the National Council of Provinces and also the party’s provincial spokesperson, appeared before Alice magistrate Luxolo Fodi on Tuesday. He was granted R500 bail.

After Fodi had granted bail, Nhanha’s bail money was paid by his wife who, in the company of defence lawyer Danile Mili, came inside court after proceedings adjourned.

The wife had been waiting in her car outside court for over two hours before her husband arrived and was granted bail, which was not opposed by the state. The wife was initially refused entry to the court precinct due to strict Covid-19 regulations that do not allow members of the public in the small courtroom.

Nhanha, who is also the DA’s Phesheya Kwenciba constituency leader, will appear in court again on June 7.

It is claimed that Nhanha became violent towards his brother-in-law and went to his car, took his firearm, shot at him, but missed.

However, the case is expected to be officially withdrawn on his next appearance after the brother-in-law submitted a withdrawal statement to police.

This will now be sent to the provincial director of public prosecutions for a decision on whether it will be accepted.

Ngcakani said the shooting incident took place at 3am in Alice’s Dyamala location.

“Nhanha had an altercation with his wife Vatiswa. It is alleged that he assaulted her. Vatiswa’s 40-year-old brother, Mxolisi Daniel, then allegedly chased him out of the homestead.

“It is claimed that Nhanha became violent towards his brother-in-law and went to his car, took his firearm, shot at him, but missed.

“Nhanha left the homestead and Daniel also left to report the matter to the Alice police station. Nhanha was arrested the following day and his firearm was confiscated,” Ngcakani said.

Nhanha was driven from Makhanda at about 7am to the Alice court 107km away in the back of a police van with seven other suspects who appeared at the same court.

In court, Fodi was informed by the state that Daniel had subsequently submitted a withdrawal statement citing that he and Nhanha had since resolved their differences.

Approached outside court, Nhanha refused to comment and instead referred journalists  to DA provincial leader Nqaba Bhanga, who said the party would wait and observe the court processes before or if any action was taken against Nhanha.

Bhanga said: “The matter is in court and the party has not yet received an official report on this. Yes, the member called and informed me about this on Monday, but we will watch the court process and see what happens.”

Last week, Nhanha was in the news when he opened a criminal case against Bongani Matomela, a senior director in the office of suspended OR Tambo district municipal manager Owen Hlazo. He accused him of having misrepresented himself by signing off on a R28m payment to Amatola Water for the upgrades to the pump station in November 2018.

Matomela had denied these allegations.

Is this the man who can at last save CSA from itself?