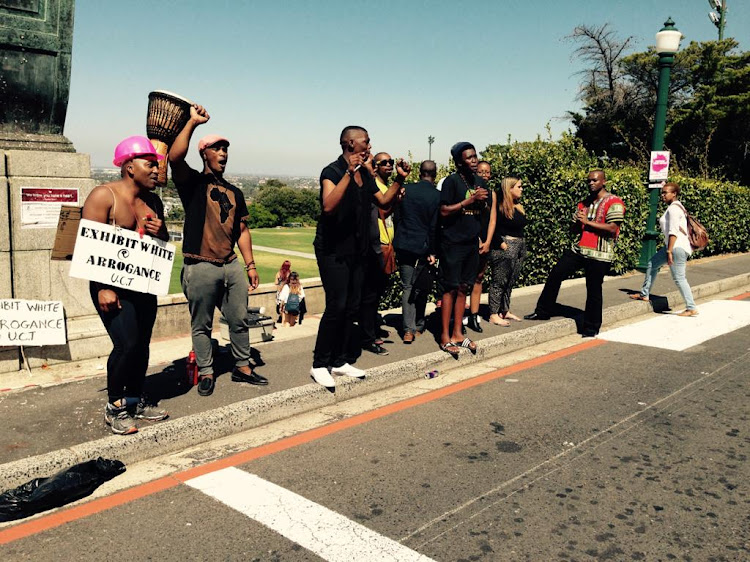 DRUMMING UP SUPPORT Student activist Chumani Maxwele, with his shirt off, during the Fees Must Fall protests at UCT.
Image: Supplied

If he was not dodging campus security personnel at the University of Cape Town (UCT), he was litigating against the institution in the high court. Pictures of a shirtless Maxwele made headline news at the time.

“My experience at UCT was of suffering and black pain,” he said.

“I was suspended and expelled for my political protest that led to Rhodes Must Fall and #FeesMustFall at UCT. I was suspended more than three times and expelled twice. All these times I took my cases to the Cape high court and won. One of my expulsion cases went as far as Constitutional Court. All these experiences were emotionally, psychologically and physically draining.”

I am hopeful that, one day, my children will have a great opportunity for education.

Maxwele is now pursuing his master’s degree in political science at the institution.

“I am also a community facilitator and stakeholder relations manager working with communities and the higher education sector nationally.”

Maxwele said he does not have student debt, thanks to scholarships and the National Student Financial Aid Scheme (NSFAS). He believes the #FeesMustFall protests were a turning point for higher education in SA.

“I am hopeful that, one day, my children will have a great opportunity for education,” he said.