‘This isn’t worth it, maybe I should stop’: survivors tell of ...

Farmers, their workers and families have to pick up the pieces every time they are attacked, but some have had it 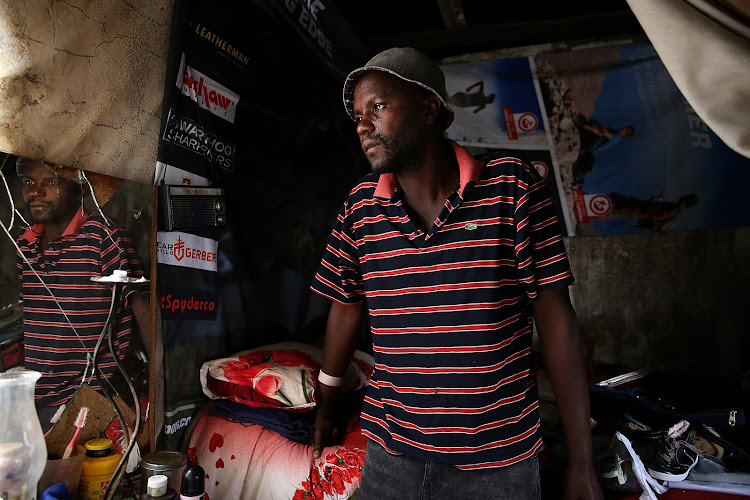 TORTURED Obed Ngwena was attacked at his compound in Skeerpoort, near Hartbeespoort dam, by a gang of robbers earlier this month.
Image: Alon Skuy

North West farmworker Obed Ngwena, who was beaten and tortured by three gunmen on September 7, is terrified his attackers will return to his homestead on Skeerpoort farm.

“They came through the roof and beat me, before they burnt and tortured me on my anus with a burning stick.”

He and his wife, Emily Matla, were robbed of R1,600 and their cellphones.

“They also attacked the farmers here. I have lived and worked here since 1998. This place is my home and all that I have. We don’t want to leave, but the farmers are leaving. I am afraid that I will now have to leave as well. If we have to leave I don’t know how I will support my family.”

No arrests have been made. 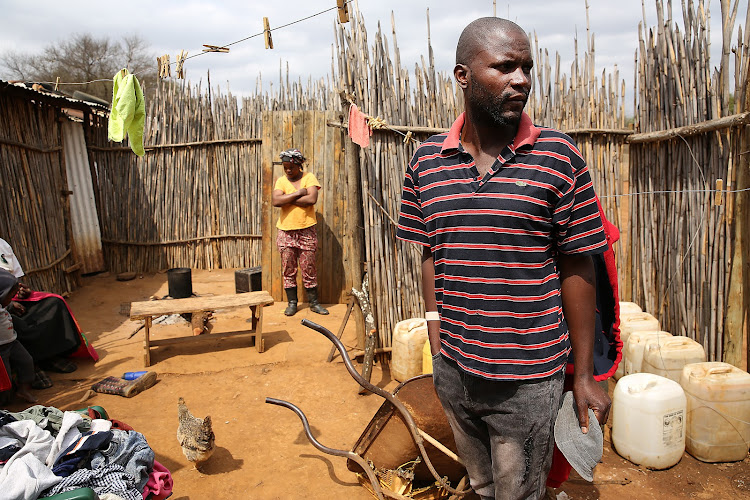 WHAT WILL HAPPEN TO US? Obed Ngwena and his wife, Emily Matla, at their compound in Skeerpoort. near Hartbeespoort dam.
Image: Alon Skuy

After the violent farm attack, herb-farm worker Matla is worried about her future and that of her young daughter.

“Some of the farmers are leaving. What will happen to us? If new farmers come I think they’ll have their own workers.

“These criminals hurt us. I managed to escape with my baby when they attacked us, but some of them caught me hiding in the fields. They brought me back here and beat me.

“Everyone is scared. The farmers are scared and we are scared. No one knows what to do or when they will come back.” 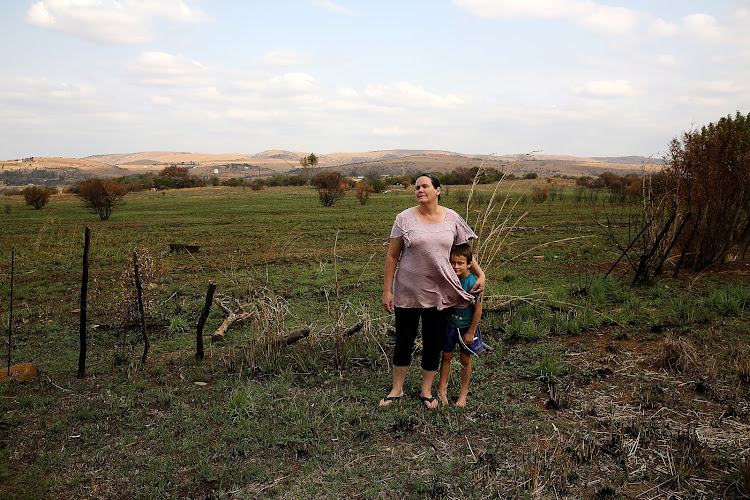 MOVING ON Ansa Roux and her son, Ethan, were attacked on their farm in Broederstroom, near Hartbeespoort, last month.
Image: Alon Skuy

Small-scale chicken farmer Ansa Roux, her husband and six children escaped with their lives when six men attacked them on their Broederstroom farm on August 25.

Shaking as she recalled how the attackers surrounded their home and smashed their windows, before spraying pepper gas into the house to drive them out, Roux said they were leaving their farm.

“It’s just not safe. We are going to a smaller farm.”

Describing the attack, she said: “My daughters saw two men at their bedroom window. As I walked from the lounge to their bedroom the rocks started flying. My husband got hit. We managed to get into the passage. I said we were fine until I saw the smoke and we started coughing.”

Thinking the house had been set alight, the family rushed to the bathroom, where they filled the bath with water and got in to wet their clothes.

When the attackers began ripping open the security gates the family fled to the main bedroom, with Roux putting her three youngest children on top of the cupboard.

“We could hear them ripping off the security gates in the kitchen and lounge. We hid our eldest three children behind us and just prayed that we would be all right. A neighbour who heard our voice note calling for help scared them off. If the neighbour had not come I don’t know if we would have survived.” 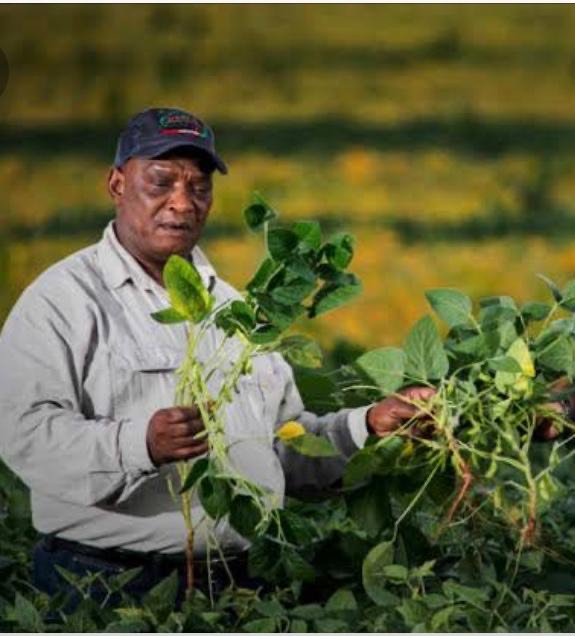 READY TO GIVE UP West Rand farmer Mike Mlengana is ready to pack in farming.
Image: Supplied

This year alone, sheep and cattle farmer Mike Mlengana twice had to fight off armed gunmen on his farm on the West Rand.

“I am at the point of saying maybe this is not worth it and maybe I should stop farming.”

In the first attack, in May, four robbers attacked his Magaliesberg farm, seriously injuring two of his farm workers when they stole 60 of his sheep. In the second attack, in June, when robbers stole 70 sheep, Mlengana, who received his farm in 2010 from the government, said he and his workers were attacked with automatic assault rifles.

“We heard the dogs barking near the sheep pens. When we went to investigate, the robbers opened fire. We retreated towards the houses and compound, but the gunmen chased after us.

“We managed to get our wives and children out of the houses and into the fields. We opened fire on the robbers. There were so many of them. If it wasn’t for my neighbours  we would have died.

“All farmers, black and white, are under siege in Magaliesberg. We have been left to defend ourselves. We have formed our own security patrols. We are armed to the teeth because we have no other choice.” 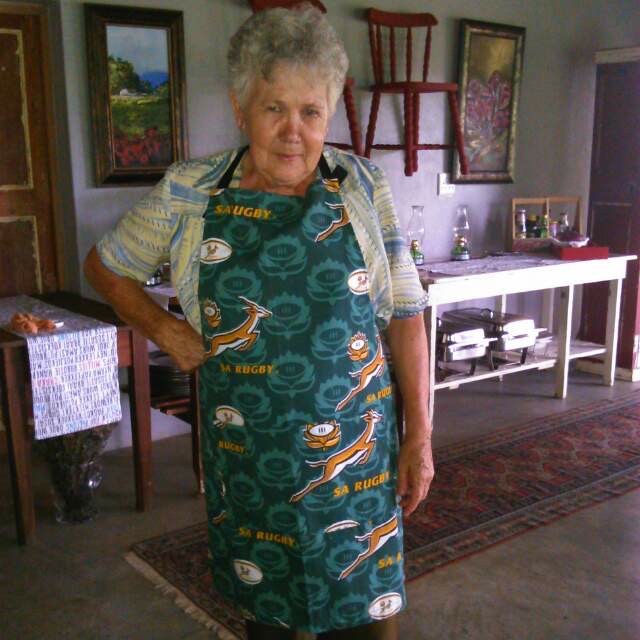 MURDERED Susanna Kotze was killed in an attack on her farm in Lephalale, Limpopo.
Image: Supplied

Kobus Kotze, whose mother, Susanna Jacoba Kotze, was beaten to death on her Lephalale farm in Limpopo in 2015, said for five years the farm had been unproductive.

“My mother was a successful cattle farmer. She loved farming.

“When she died everything fell apart. We battled. We sold off all the cattle, then we got hit by the drought, which made everything worse. Other than making sure the fences were still up, we have not farmed since.”

He said it was not just them who were affected.

“It was also the farm workers. We had to let my mother’s domestic worker go as well.”

Kotze said it was only five years later that they tried to start the farm up again.

“This time we will try with game. Hopefully we will be able to make a success of it.” 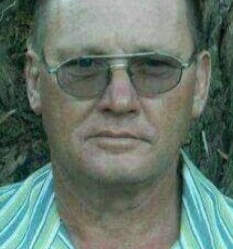 DEVASTATED KwaZulu Natal cattle farmer Koos Kotze, whose grandparents were killed in an attack on their Newcastle farm.
Image: Supplied

KwaZulu-Natal sheep and cattle farmer Koos Kotze, whose grandparents were killed in Newcastle in 2003, said the attack had devastated the family.

“It has taken us 10 years to rebuild my grandparents’ farm.

“My father and I had to make difficult decisions.

“We had to let workers go. We had to downsize the farm so we could carry on farming and try to survive.

“It was hard work, but we had no choice. The farm is our home. I won’t lie, to survive has been a struggle.”

Free State farmworker Gert Blackwood said there is not much more he and his family can do, other than pray for their safety.

“We are basically just waiting for it to happen to us. I don’t know what we will do if we are attacked. We hear about attacks from all over the districts.”

He said he was unsure what he would do if his employer was attacked or left the farm because of crime.

“I don’t want to think about that. I hear farmers sometimes leave their farms if they or their families are murdered. I don’t know how I would look after my family if that happens. You are far from everything and everyone. You are alone.”​