From wildebeest to drones, they have come up with solutions, but still refuse to farm near the Lesotho border 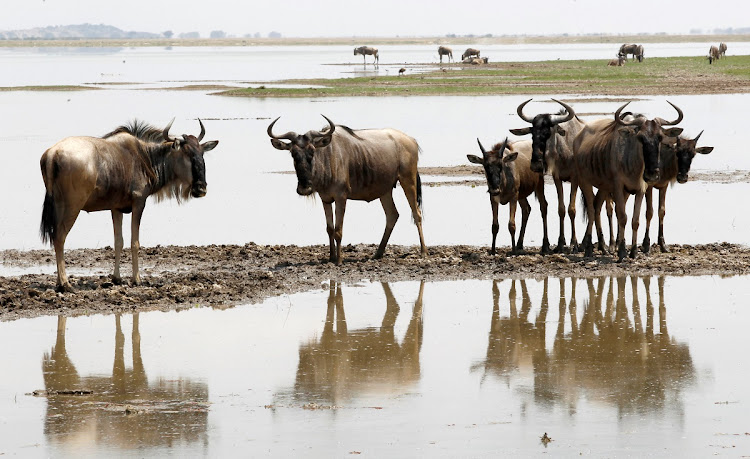 INNOVATIVE SOLUTION The blue wildebeest is being used by South African farmers to help protect them against attacks.
Image: Njeri Mwangi/Reuters

The blue wildebeest is proving to be a worthy weapon against stock thieves.

Jaco de Villiers, Westelike Vrystaat Agri board chairperson, said farming livestock in the Free State, especially along the border, was a death wish. He said farmers on the Lesotho border had been forced to innovate to protect themselves and their stock.

“I have switched from cattle to blue wildebeest. Almost every farm on the border has what we call the Blou [blue] Corridor. The wildebeest is our security system.”

In some areas farmers have had to create a 30km buffer zone between themselves and the border, leaving vast swathes of arable land lying fallow.

“Farmers, especially emerging farmers, have their own way of dealing with criminals coming from Lesotho. We don’t ask questions, but they also get our animals back,” said North West and Free State farmer Willem van Jaarsveld.

“The farming border with Lesotho was four kilometres from the river. Now, because of crime, farmers don’t farm within the first 30km of the border,” he said.

Violent attacks on farms, theft, vandalism and sabotage of infrastructure are driving SA’s farming community to find unique and innovative ways of stopping the onslaught.

Those who can’t afford sophisticated technology and security guards have formed armed groups to take the fight to the criminals and created protection zones, with dangerous wildlife around their livestock camps.

In KwaZulu-Natal, the Free State and the Eastern Cape, networks of informants provide information on livestock rustlers and thieves crossing into SA from Lesotho daily.

A Bergville commercial stock farmer, who asked not to be identified, said he had joined forces with emerging farmers.

“They have vast intelligence networks. They know which farms are to be targeted. If they miss them on the way into SA they get them on the way out and recover our stock. We have no other choice.”

African Farmers’ Association president Vuyo Mahlati said the level of criminal acts meted out against farmers has driven them to take the law into their own hands, “which we definitely don’t condone”.

“Trying to get the police to understand how crime is affecting commercial, small-scale, micro and subsistence farmers is exhausting. Farmers and workers are tired of not being heard.”

The cameras, which are linked to hi-tech computer systems, allow for the detection of illegal entries and act as early warnings for cattle rustling and theft.

“The cameras, which are linked to hi-tech computer systems, allow for the detection of illegal entries and act as early warnings for cattle rustling and theft.”

“They are used during the day and at night to monitor movement of people and livestock.”

He said nearly R2m has been invested in training the pilots, all volunteers, purchasing drones and fitting them with state-of-the-art camera systems.​