Visitors claim the flowers are the best yet, but an ecologist has a different view, and it’s all to do with timing 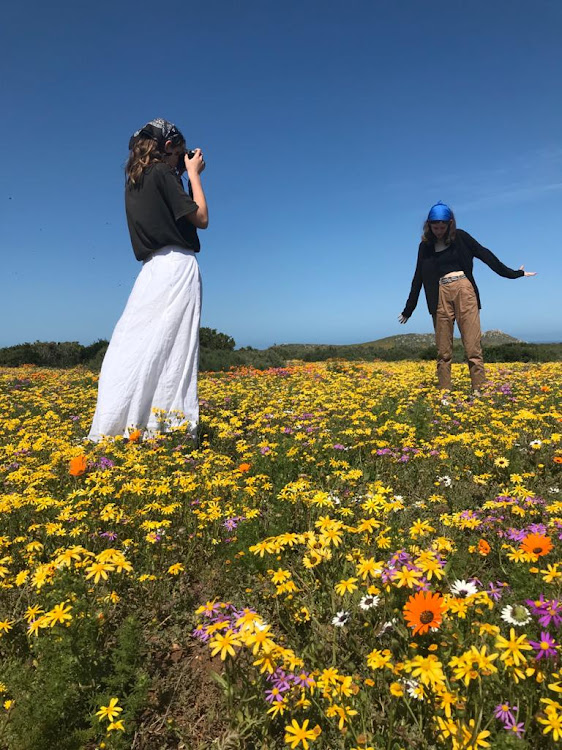 Perhaps it’s the post-lockdown euphoria talking, but social media has been abuzz with proclamations that this year’s flowers along the West Coast are the best yet.

For expert ecologist Prof Bob Scholes from Wits University, however, they are just as “mind-blowing” as in previous years, and he’s not convinced by the anecdotal evidence.

“There is no substantive data to say this year was better than previous years,” he told Sunday Times Daily, before sharing some of his ecological insights into this world-class attraction.

It also isn’t the case that this year’s rainfall reprieve after an intense drought has made the flowers bloom more profusely.

While variability has occurred over the years, it is usually to do with the timing of the rainfall. 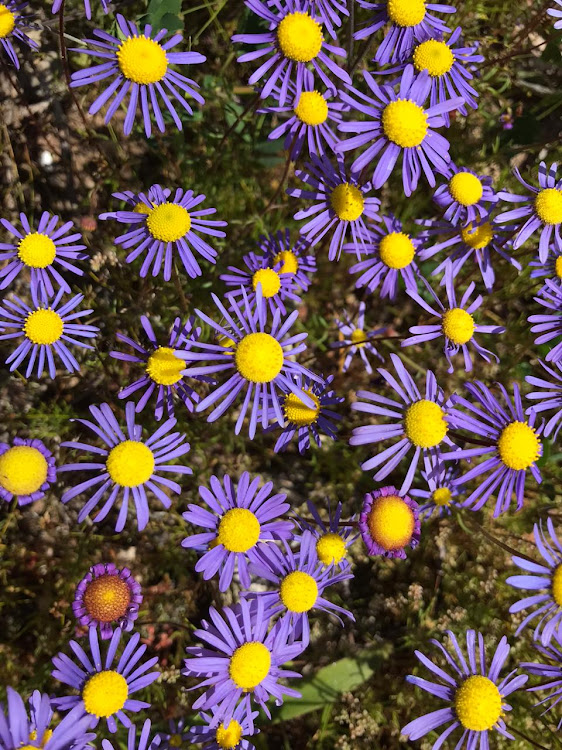 Purple haze A variety of colours can be seen during August and September at the West Coast National Park.
Image: Tanya Farber

“Timing is critical - when you get the right amount at the right time, you get a big flowering,” he said, adding that even when the climate is consistent from one winter to the next, there can be a phenomenon in ecology whereby one year will have more abundant flowers than the next.

That, however, is not a common phenomenon among flowering daisies and normally occurs more among fruit tree species - and in fact this year is likely to see “trees laden with more fruit than normal” in northern parts of the country. According to Scholes, fruit trees and other larger species sometimes do this to “saturate the predators”.

They “sometimes put on a massive amount of fruit and it’s associated with stress. It’s like a last fling of the dice in which they overproduce.”

But, in flowering daisies, “there isn’t really a mechanism for carrying that over in something as small as these flowering plants”.

Yet another flipside to the anecdotal claims by people that they’ve witnessed the “most” flowers in “the best year”, is how the daisies have stolen all the limelight.

Says Scholes: “What makes the West Coast ecologically and biologically so amazing is not the colour displays but the diversity - but most people miss that. They go to locations and see thousands of hectares of Namaqualand daisies on disturbed land.”

People ogled at the carpets of flowers laid out before them.

However, in undisturbed areas, “you can find 20 or 30 different species in a few square metres, and many of those species only occur right there”.

The endemic biodiversity is the richest in the world, adds Scholes.

A real jewel of the area was the variety of succulent species. 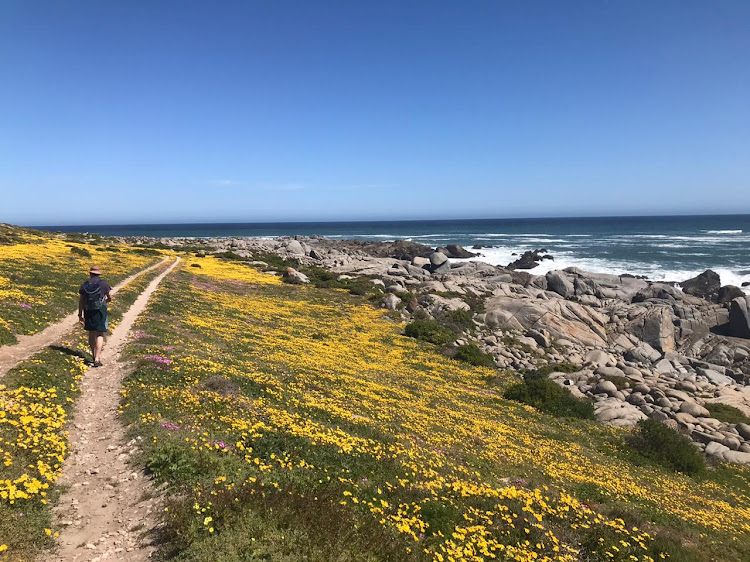 Floral carpets A hiker makes his way through the Postberg section of the West Coast National Park.
Image: Tanya Farber

Scholes points out that 80% of all succulent flora is from the West Coast of Southern Africa.

“You can see one patch of flowers the size of my office, and that could be the total population of that particular vygie,” he explains.

There is also the incredible array of geophytes (plants that grow from bulbs).

“There is amazing diversity in that too,” says Scholes, “and many of the world’s plants which are propagated from bulbs, like gladioli, are South African endemics from that area - it is horticulturally spectacular.”

So, “it’s not just about masses and masses of daisies. The discerning tourist will know what to look for.” 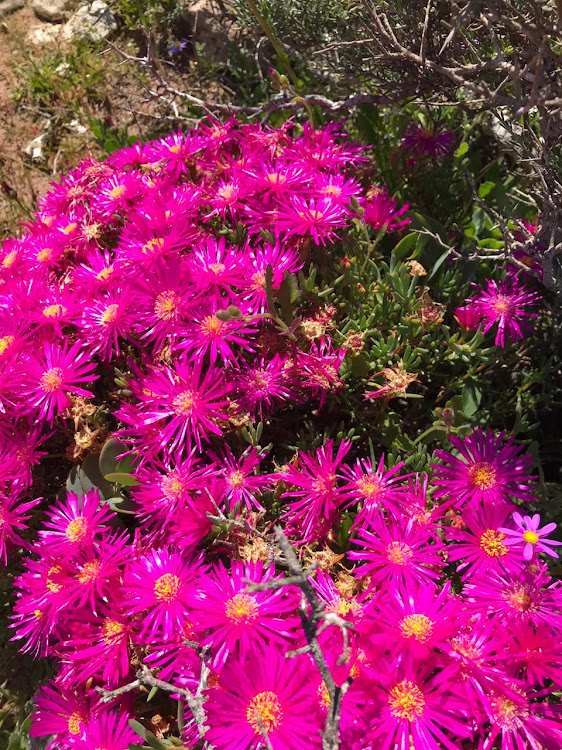 In the pink Colours range from white to purple to orange to bright pink.
Image: Tanya Farber 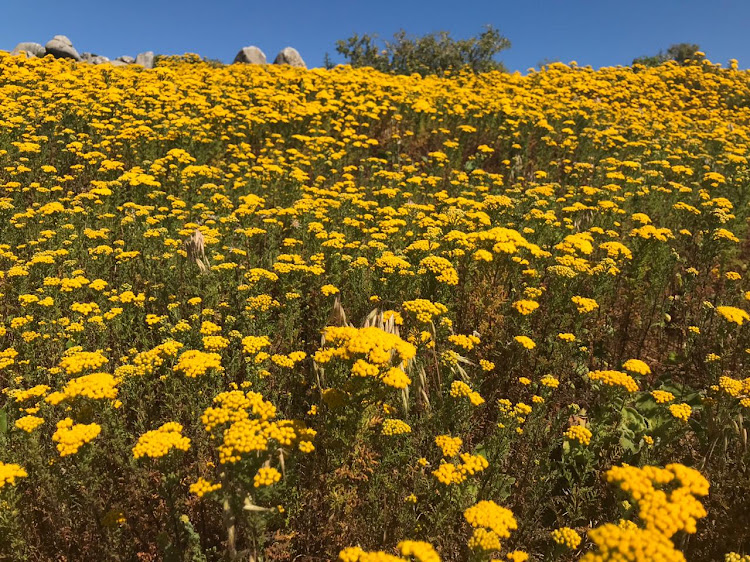 Bright and early Hikers book up to a year in advance to do the long hike through the Postberg section of the West Coast National Park.
Image: Tanya Farber
Get the Sunday Times Daily app or daily email newsletter

Have My Covid-19 Pass, will travel with Africa app