Natural born spinners: meet the women tearing up tar – and ...

Having just conquered the ‘Hollywood of Spinning’, they share their high-octane journey with us 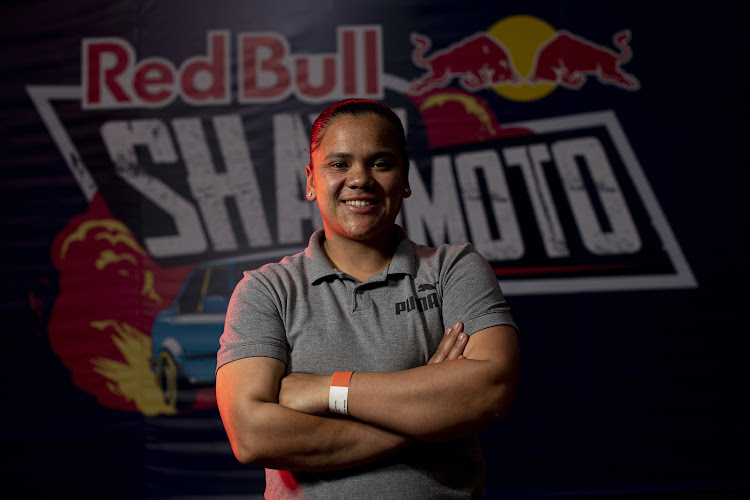 At a secret location in Johannesburg the cacophony of revving car engines and clouds of smoke is what some call the “art of controlling chaos”.

Last weekend, 10 of SA’s best spinners competed in the Red Bull Shay’ iMoto competition, to showcase their spinning skills and stunts. Dubbed the “Hollywood of Spinning”, this was the competition’s second year.

The live event on Saturday was judged by legendary local spinners including Jeff James, Magesh and Shehiem Bell, and each contestant had three minutes to impress them.

One of those who made their mark was Cape Town-born Tina Rossouw, 25, who has been based in Pretoria since 2016. By day she’s a diesel mechanic for the SA National Defence Force, and one of SA’s best spinners by night.

Her passion for spinning started in primary school when she saw her father and brother behind the wheel. She officially started driving when she was 16 but her first taste behind the wheel was in Grade 5.

“My love for this motorsport started at a young age. I remember helping my dad in the garage with the cars instead of being in the kitchen helping my mom. Initially my father built a spin car for himself, not knowing I’d end up becoming one of the country’s first female spinners,” Rossouw said. 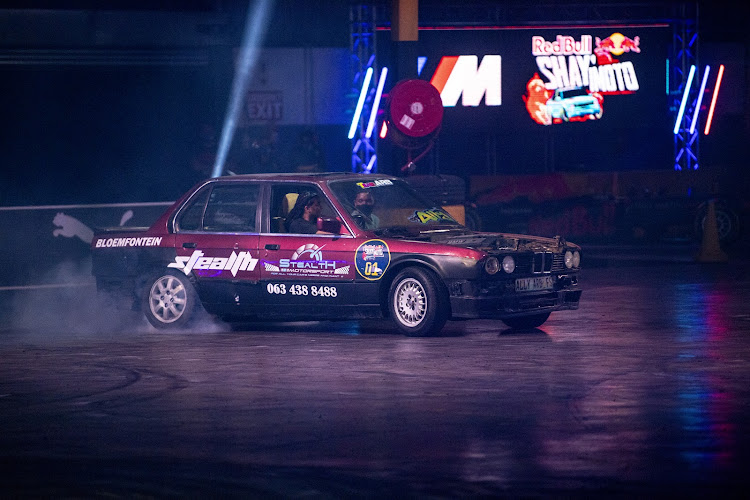 When she turned 16 her father, also a spinner, took her to an event and instructed her to get behind the wheel.

“I didn’t hesitate; I just did everything I saw my father do previously when I’d drive with him. The minute I dropped the clutch it all came naturally,” Rossouw said.

Rossouw is living a bit of a double life because most of her colleagues in the SANDF don’t know about her spinning. One of two women who competed in the Red Bull Shay’ iMoto competition, she describes herself as petite, saying people often underestimate her. But in SA, spinning doesn’t discriminate – a sport that looks beyond race and gender and focuses on skill behind the wheel.

Spinning originated in Soweto in the 1980s. Initially associated with gangster culture, it was performed at funerals to honour the deceased. Spinning has since moved away from its criminal connection and is regarded as one of the fastest-growing motorsports in the country.

Another woman who proved herself at the competition was Allison Fortuin, 20, in her maroon BMW 325i. For her, spinning is like a drug, and she’s been “addicted” since the age of 13. Originally from Kimberley, Fortuin works at a tyre shop in Bloemfontein where she spins with her father and twin siblings. She also went to spinning events with her father and said she remembers the moment she first got behind the wheel like it was yesterday. 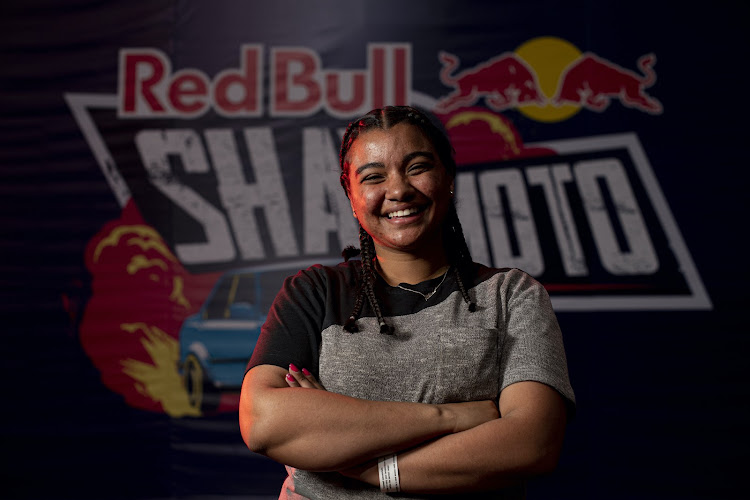 While Rossouw said she still gets a little nervous before spinning, Fortuin said that after the initial nerves it’s nothing but pure bliss and adrenalin.

For both Rossouw and Fortuin their car of choice is the BMW 325i, colloquially known as the “Gusheshe”. Both have pimped their cars to the tune of more than R60,000 to make sure they perform at their best.

Rossouw said her car was “priceless” and worth every cent she’d spent on it, while Fortuin said she did it for the love of spinning.

“The feeling I got the first time I got behind the wheel, is the same feeling I get every time I spin – I’m on cloud nine. It’s the feeling of adrenalin, you are at your happiest, it’s out of this world, it’s like a drug,” Fortuin said.

• In the final were Eddie Rasta and King Katra. Katra faced defending champion Veejaro Hendricks in the quarterfinals and went on to beat Rasta in the final to earn the title of 2020 Red Bull Shay’ iMoto champion.