Dad says family can finally ‘move on’, after a school teacher and her accomplices hear their fate 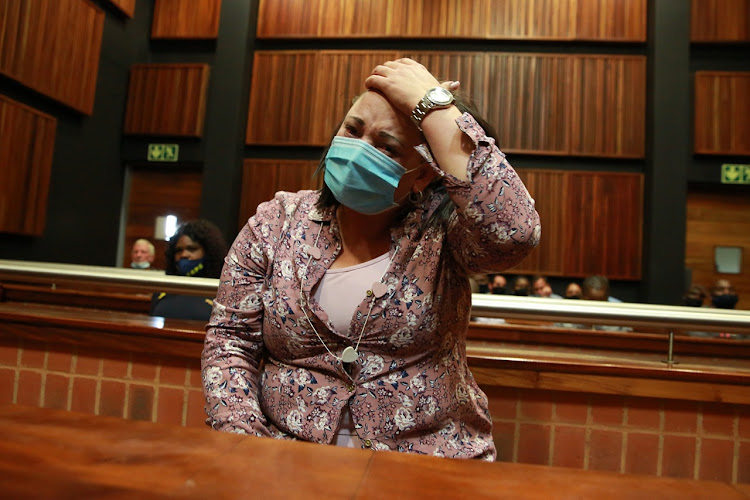 Here come the waterworks Laetitia Nel will serve an effective five years behind bars for her role in the kidnapping.
Image: Thapelo Morebudi/The Sunday Times

The father of the six-year-old Vanderbijlpark child kidnapped by a schoolteacher in 2019 says they can finally put the nightmare behind them and move on with their lives.

“We are pleased that it is over and I believe that the children and I can move on with our lives,” he told Times Select on Thursday.

“I believe that we can now start working with my daughter and make sure that she gets to a better place in her life and that we can get rid of this thing as soon as possible.

“We want to make just a memory from a few years back and that it doesn’t haunt her for the rest of her life. We want her to start being a child again and enjoy life as a normal child and not have the fear of being stolen again.”

He was speaking after her four kidnappers were sentenced in the Gauteng High Court sitting in Palm Ridge on Thursday.

None have previous convictions. 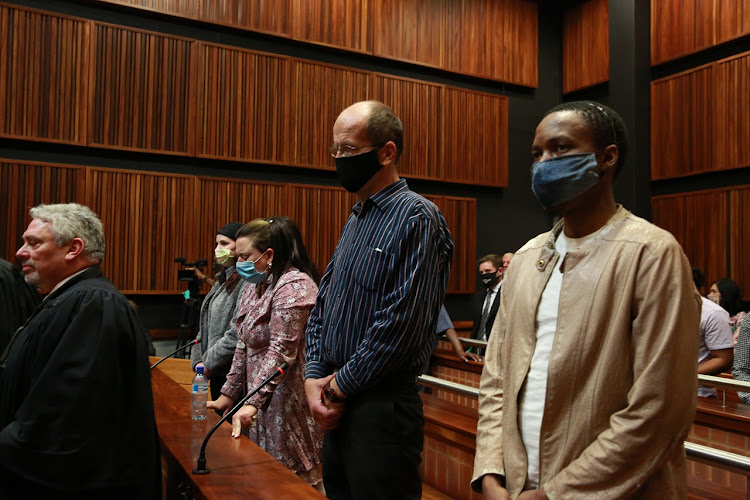 During their bail application in 2019 the court heard that Nel was a single mother of two who lived with her parents. Her children, 14 and 10, have been living with their father in Pretoria since her incarceration.

Van Zyl had no fixed address because he had sold his house. He was offered a place to stay by his wife, who lives with their daughter, and by a friend. He owned the plot where the child was kept.

Molemohi, a Mosotho, was in the country illegally. He was arrested after the other three and appeared in a different courtroom, also on Friday.

Human was sentenced to 15 years’ imprisonment, of which five were suspended on condition that she is not convicted of kidnapping again. She was sentenced five years for extortion, to run concurrently with her first sentence.

She will effectively serve five years behind bars.

Tharina Human, the “mastermind” behind the kidnapping of a six-year-old girl in 2019 , was sentenced to an effective 10 years in prison on September 17 2020.

Earlier in the case, Constable Clayton Motloung testified that investigations led police to Nel’s house, who told them the kidnapping was Human’s idea.

Motloung said that Nel then took them to Van Zyl’s house , where they discovered a firearm and saw a man ran away. Molemohi was arrested after that.

After they were sentenced, Human and Nel sobbed softly in the accused dock. Human’s father declined to talk to the media, while the mother of the child left the courtroom in tears.

Van Zyl was sentenced to 13 years’ imprisonment, of which five years are suspended, as well as five years’ direct imprisonment, which will run concurrently with his first sentence. This means Van Zyl must spend an effective eight years behind bars.

Molemohi was sentenced to 12 years, of which five are suspended, as well as five years to run concurrently with his first sentence – an effective seven years behind bars.

Suspect in attempted kidnapping at Florida restaurant has three...

During mitigation prosecutor advocate Salome Scheepers told the court the kidnapping of the child had a severe impact on the family and left them traumatised, and they had believed they would not see their child again.

The kidnapping had affected her parents’ relationship when it was initially, and falsely, suspected that her mother had been involved in the kidnapping scheme, Scheepers said. She had been friends with the teacher.

‘Traumatised’ Amy’Leigh in hospital with stomach ...

Negotiators the unseen heroes in Amy’Leigh ...

Connecting the dots in the chilling abduction of ...