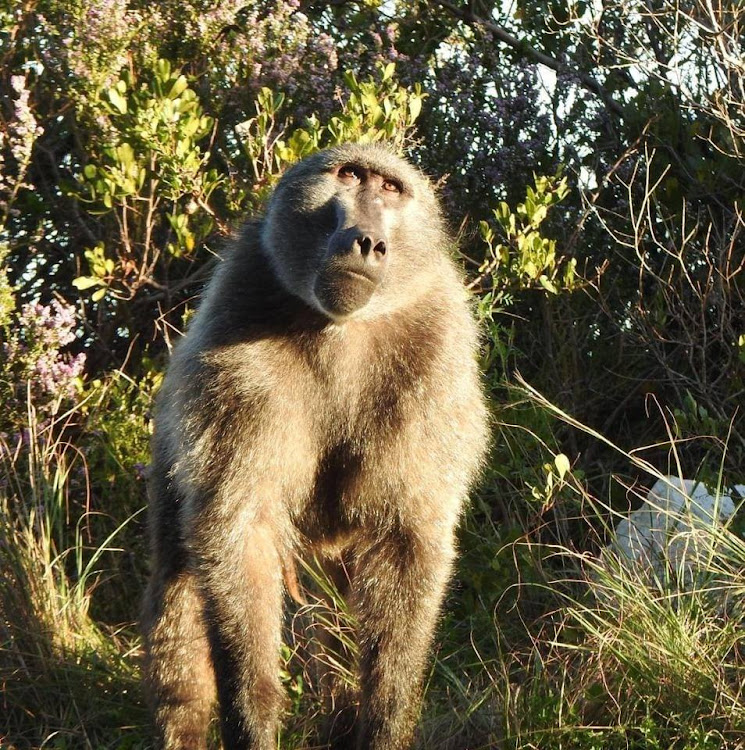 Lost boy Kataza the baboon could be heading to court in Cape Town, where some residents are fuming about the animal's relocation from one side of Table Mountain to the other.
Image: Supplied

Furry menace or people’s hero?  The judiciary may have to decide the fate of Kataza the baboon as a prominent Cape Town lawyer and animal lover challenges the city council’s  baboon management policy.

Kataza, also known as SK11, was captured and relocated to Tokai three weeks ago after allegedly creating a raiding “splinter group” of baboons in Kommetjie. Authorities say the move is in line with baboon management policy, but animal rights activists believe Kataza is showing signs of stress and is battling to adapt to life in the suburbs.

According to Tokai residents, the baboon is sleeping in the grounds of Pollsmoor Prison.

This week, liquidation lawyer Ryno Engelbrecht confirmed he had sent a letter of demand to the city council and its baboon management partners, CapeNature and the SA National Parks Board.

He wants the city to reverse its decision and return Kataza to his home troop. “He is not integrating into a troop that he has been forced to integrate with,” Engelbrecht said. “It is not normal behaviour for a wild animal to sleep in a busy parking lot, or a metre away from a human. This wild animal used to forage at the seaside in Slangkop and is now raiding bins in the Tokai area in an effort to feed himself.”

He said the relocation contravened the Animals Protection Act. “This animal has been relocated to an area that is unfamiliar to him and to which area he has failed to adjust to over the past 19 days. Members of the public have resorted to stopping traffic on various busy roads to enable this animal to try and safely negotiate his way.”

How are you spending this gorgeous sunny day - playing in the sun? Spending gentle time relaxing with and expressing...

Posted by Bring Kataza Back on Saturday, 12 September 2020

Marian Nieuwoudt, the mayoral committee member for spatial planning and environment, said the city had not been notified of any imminent legal action.

Kataza’s wellbeing is being followed by a large online audience, with regular posts on social media and much debate. The “Bring Kataza Back” Facebook page has more than 3,400 followers, some of whom have posted videos of the baboon being followed by an entourage of human minders.

Said local resident Lize Muller: “It breaks my heart to hear him call; it enrages me to know that those able to take him home, don’t care. That to them, he is nothing and that their own agendas and self-interest are all that matter to them. No love, respect or compassion for animals.”

But the city council and its advisers say the baboon management policy, which costs the city around R14m a year, is in the best interests of both humans and baboons.

The Cape peninsula’s baboon population has increased by 80% since 2006, the city said this month, testimony to a policy aimed at keeping baboons out of urban areas with the help of baboon  monitors armed with paintball guns.

“I am aware that some animal activists do not agree with the recent relocation of a male baboon from the Slangkop troop to Tokai,” said Nieuwoudt.

“This male was born in the Slangkop troop and commenced to inbreed. He was also splintering the group and compromising the welfare of the whole troop. Being young and healthy, it was decided to relocate him to the northern sub-population where his chances of outbreeding are greatly improved, and with that, the genetic health of any offspring.

“The male baboon was sighted by baboon rangers where he was interacting with several female baboons in the Tokai troop on August 30. Unfortunately, we have been informed that animal activists haver since attempted to lure the male baboon back to Kommetjie.

“I want to urge animal activists to please work with the city, and not to undermine what we are trying to achieve. In the end we all want to see that the baboon troops are safe and healthy in their natural habitat, as opposed to foraging in urban areas where they are exposed to many dangers,” Nieuwoudt said.

#Kataza The oversized tags on his ear must be driving him insane? Imagine the wind blowing and reverberating against them? Are they really necessary? ⁦@CapeTalk⁩ ⁦@CityofCT⁩ ⁦@JaneGoodallInst⁩ pic.twitter.com/aW2zWmVELP

Justin O’Riain, director of wildlife research at the University of Cape Town’s Institute for Communities and Wildlife in Africa, said relocation of individual animals to improve the genetic health of animal groups was “the cornerstone of metapopulation management” in SA.

“Most relocations are for rare and endangered species where the high costs are justified by the offsets to the risks of extinction to the species. So, relocating individual baboons is rather unique in Africa – but then so too is the whole peninsula baboon programme. No other city on the continent invests R14m per annum on a non-lethal programme to keep baboons safely out of urban areas,” O’Riain said.

“Against this background, the demand on social media to #BringKatazaHome looks like a completely misinformed storm in a very middle-class teacup. That is until you realise that he is merely the celebrity face for a much bigger plan – to bring the City of Cape Town’s well-resourced and successful baboon programme into disrepute and to overturn the guidelines used to run the programme.

“There is no winning in a conflict like this. This is a clash of ideologies – the good of the population versus the rights of each individual. Conservation biology is a scientific discipline, and while the welfare of individuals is important, the future survival and health of populations and species is the ultimate goal.

“In conservation biology, moving an individual to improve the genetic health of a population and reduce the risk of inbreeding is considered good practice. In activist parlance this amounts to ‘kidnapping’ and ‘ripping him from his family’. Nature is red in tooth and claw. The activists, it would seem, want nature declawed and muzzled.” 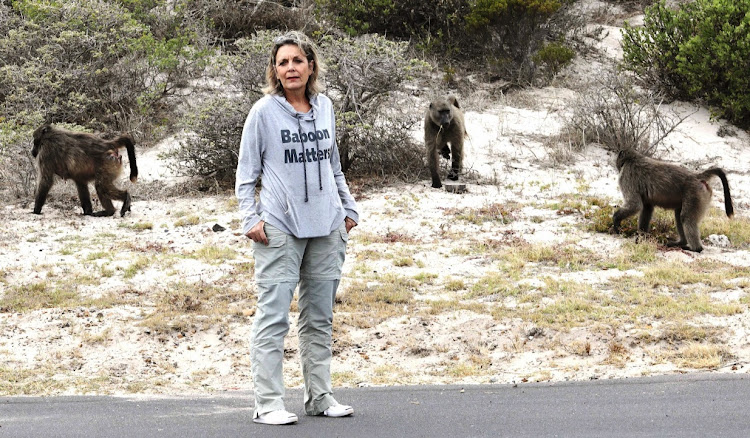 Jenni Trethowan, from animal rights group Baboon Matters, said there was no just cause to relocate Kataza in the first place because he was doing no wrong and had not formed a splinter group.

“The hard facts are that Kataza had displayed no signs of dispersal, there were no ‘out of the normal’ fights between the males, and in fact the troop had every appearance of settling down well after two adult males, SK6 and SK9, had been killed in previous months,” Trethowan wrote in a Facebook post.

“Kataza had every appearance of being a proud dad as he paid a great deal of attention at first to a newly born male and then three other infants.”

No fairytale end for lion cub snatched by baboon

Excess deaths head up again, but it could be ‘random fluctuation’