Nelson, George and the rules of engagement

Nelson, George and the rules of engagement

In this edited extract from ‘65 Years of Friendship’, George Bizos recalls his meetings with Mandela in jail 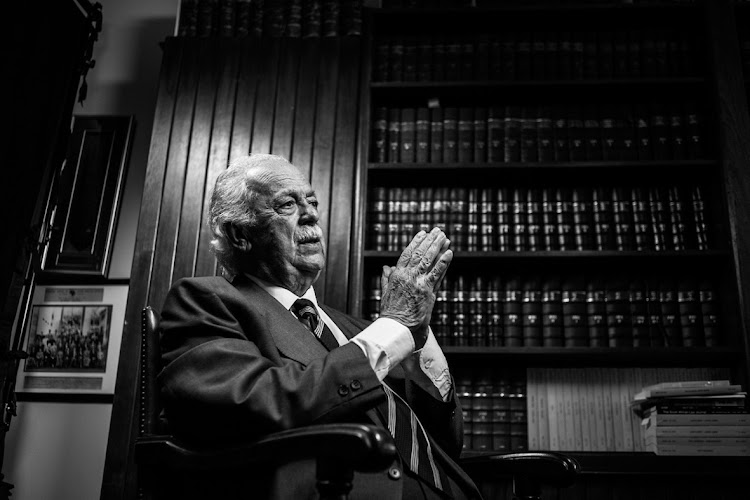 Reflective George Bizos during the photo shoot for the 21 Icons project in 2012.
Image: Gary van Wyk

Anyone observing the jaunty squadron as it approached the quayside consulting room where I waited would be forgiven for assuming that the tall man in the centre was in charge. He was certainly setting the brisk pace at which the formation of nine – two in front, two behind and two on either side of him – advanced. It was only on closer inspection that his midwinter attire of khaki shorts and sandals exposed him as a convicted prisoner under guard.

I stepped off the veranda of the quayside visitors’ block and went forward to embrace him. It was a few months after the Rivonia Trial and my first visit since his imprisonment. We hugged. “How is Zami?” he asked, using his nickname for Winnie. Before I could answer, he pulled back and apologised, saying, “George, I am sorry. I haven’t been here in prison for long, but I seem to have already lost my manners and become a brute. I have not introduced you to my Guard of Honour.” And, with cheerful authority, he introduced each warder to me by rank and name.

After inquiring after his own family and each of the other lawyers, Nelson said, “Unqaphele?” – a Xhosa term for respected persons – and by gesture (lowering his hand to indicate a short person) asked after Bram. Bram and Joel had visited Nelson and our other clients a week after their conviction. On that occasion, when Nelson had asked after Bram’s wife, Molly Krige, Bram had wordlessly left the table to compose himself before continuing with the consultation: she had died in a freak car accident in the middle of the Free State the day after the Rivonia Trial ended. Bram had been driving and blamed himself. News of her death had since reached the prisoners, and Nelson kept his steady gaze on me, only relaxing when I gave him a thumbs-up. 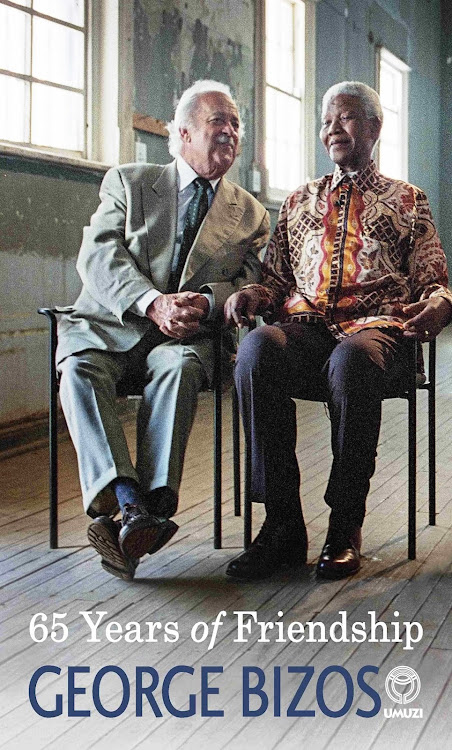 It was my first time on the island. The Cape of Storms was well named by the Portuguese explorer Bartolomeu Dias and I was still queasy from the sea crossing from Cape Town. The consulting room where we met was tiny and cheerless, and we sat, cramped and cold, as changing shifts of warders peered in at us through the glass panel at the top of the door.

We assumed that our conversations were bugged, and fell back into the unspoken language of our trial preparations. My years of living in a country where I could not speak the language had served me well. I was well practised in the art of communication by means of facial expressions and hand gestures, and our consultations soon had an easy rhythm. Nelson would take my lawyer’s pad and write down a name, an event or an organisation. I would respond with a thumbs-up, a nod or, too often, a sad shake of the head.

From the start, Nelson had no interest in talking about himself. He had the long-term prisoner’s thirst for news of the outside. “Everything is fine, George, we are all settling in well,” he said, waving his hand almost dismissively. I never knew him to complain. “Tell me, what has been the reaction to our conviction?” I conveyed the massive international outcry and media coverage with a few words and an enthusiastic thumbs-up, drawing a quick and wide smile from Nelson in response.

This first consultation determined the rules of engagement for our future meetings over many years. It would change only towards the end of his stay on the island, when the warders would leave us alone and we could talk more freely. If there was ever any input or feedback that I needed from Nelson (even just a broad indication of his attitude), usually for reports to Winnie or the clients that I defended, he would always ask me to wait until after lunch. I knew this meant he wished to consult with Walter Sisulu.

From that first occasion, Nelson and I were separated for lunch. He returned to his cell for mealie-meal porridge, while I was escorted under guard for what would be my first of many liver hamburgers, the signature dish at the warders’ canteen. They came with potatoes and pumpkin, which I could never finish, served by “coloured” common-law prisoners. I ate alone at a table for four in the steely echo of the large canteen.

Our afternoon was more relaxed. I told Nelson that Hilda and Rusty Bernstein had escaped the country to Botswana, and gave my news of Denis Goldberg who, as the sole white prisoner, was kept apart from his comrades in Pretoria Central Prison. We ended the consultation with a discussion of the progress of the newly independent African countries of Zambia, Tanzania and Algeria.

Quite soon after his arrival, many of the warders would be asking him for advice on their marital problems or for his recommendations on what they should study for promotion purposes.

It was clear from that first consultation that Nelson was realistic about what he confronted. Unlike others over the years who sustained themselves with the belief that they would be back home with their families within a few years, he knew that he faced a long imprisonment.

It was also clear that Nelson was no ordinary prisoner. From that very first visit I was struck by how respectfully yet firmly he insisted that his interactions with his jailers were conducted on a basis that affirmed their common humanity. Quite soon after his arrival, many of the warders would be asking him for advice on their marital problems or for his recommendations on what they should study for promotion purposes.

As we said goodbye, Nelson reminded me of my responsibilities to him and the other prisoners. Their families would need support, there would be more arrests and future accused would require legal representation. I needed to be there. “Stay out of trouble and look after my family,” he instructed.​

The dynamic area between black and white, through ...

A force of moral greatness: what we learnt from ...

We explode with rage over a racist ad, but still fall for white-hair lie