WATCH | Nick Bester’s been through it all, but he’s changing ...

WATCH | Nick Bester’s been through it all, but he’s changing nothing

The athlete, who was brutally attacked on August 30, tells us about his ordeal and how his recovery is going

Gruelling physical exercise is so much a part of Nick Bester’s life that not even broken bones from a severe beating by robbers have stopped him getting back on his bike. Nor have a previous robbery, a close encounter with a shark and a motor accident.

It was meant to be a fulfilling morning hike and run along the Magalies mountains near his Pretoria home on August 30 when the former Comrades Marathon winner and running coach was attacked.

Speaking from his home, the 60-year-old candidly shared the moments leading up to the crime. .

Bester was ambushed by three men who kicked and stripped him, and hit him with rocks.

“It was so severe, they broke my ribs. They tied my hands together. It was brutal. You could see they wanted to kill me. I don’t know why they didn’t. I’m just lucky. They took my wedding ring. They wanted to cut off my finger and I said: ‘No, no, I’ll help you’, so I had to use my saliva to make it easier for them to take it off,” he recalled.

Bester said he had gone on a morning run with his wife, Sharon, whom he then left at home and took to the mountain.

“I was happy, playing music with my phone. I was looking ahead and never checked my back. I think they saw me and attacked me from behind. When I looked behind, it was too late.

“They jumped on me with knives, kicked me, hit me with rocks several times. In all this, I had my gun with me, which was no use because it was in front of me in a goodie bag, so I couldn’t get it out.

“They hit me very hard because I had a gun with me. Luckily in the bag I had two credit cards. I gave them the PIN numbers, but they dragged me away from the place where they attacked me to a place where nobody could see me.” 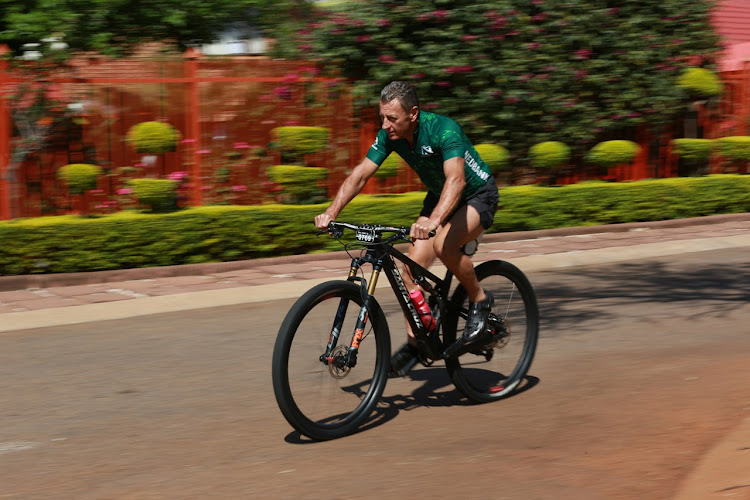 For the love of it With modified training shoes and determination, a recuperating Nick Bester is back on his bike.
Image: Thapelo Morebudi/Sunday Times

You think it will never happen to you again and then you’re not as sharp as you should be.

The gun, sunglasses, credit cards, cellphone and wedding ring were among items the robbers took from Bester.

He recalled how he was further assaulted and hit with rocks behind his head while they tied his hands and feet together. He lay on his stomach.

“They told me they would leave somebody with me. If the credit cards PINs were wrong, then I'd be in big trouble. I don’t know why they all left together. I was lucky. They thought maybe I would not be able to get out of there. I was still on top of the mountain.

“I turned on to my back and used my heels to drag myself down the mountain, until I saw houses and screamed for help. I was bleeding all over.”

Bester said he partially blamed himself for the attack because he had not checked his surroundings and had let his guard down.

“I was just stupid. I could have avoided this. It’s normal. You take it easy and think it will never happen to you again, and then you’re not sharp as you should be. I was not sharp,” he said.

Asked if he feared for his life, he said “no”, as he had had a fair share of traumatic incidents.

“So many things have happened, from a hell of a motor accident to a shark attack. I’m kind of accustomed to these kinds of things. I don’t think I am afraid.”

I love this country. The justice system must just step up.

While Bester pleaded for his life, he said he could not help wonder why he had to endure such pain.

“I was disappointed, wondering why it was happening to me again.” He was robbed while exercising in 2010. 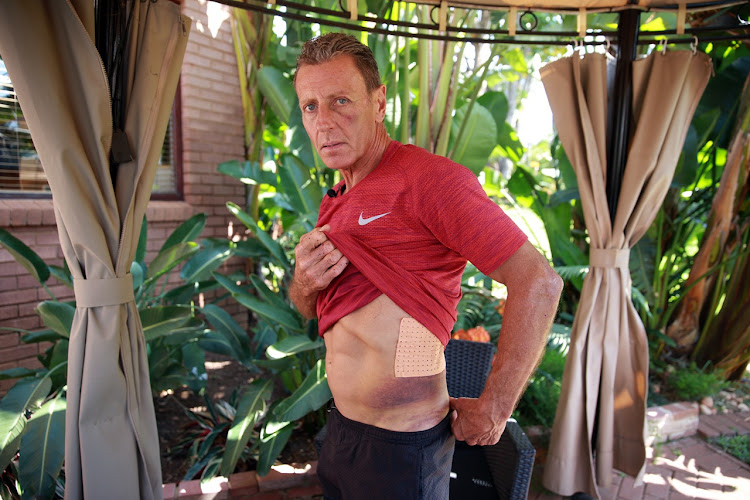 on the mend Nick Bester is healing from broken ribs and cheekbones, deep bruising and scratches.
Image: Thapelo Morebudi/Sunday Times

Bester has run the Comrades Marathon 15 times, taking home nine gold medals and winning it in 1991. His love of endurance sports is well known. He was an Ironman champion, Dusi Canoe gold medallist and mountain bike champion.

At the time of the attack, he had been preparing for a Battle of the Sports charity event to raise funds for the procurement of personal protective equipment. The event is being held this month.

His weekly routine included cycling four to five hours every second day, walking for three to four hours in the afternoon, paddling and gym training.

“I am disappointed I will not be taking part. I had prepared for this, but there will be more events coming up. I am always involved in something.”

Bester ruled out the possibility that he may have been followed because he took a different route every day and had been going to the mountain for nearly 30 years.

Barely two weeks after surviving the attack, he has hit the ground running. Literally. He is running and cycling, despite visible scars from the incident. 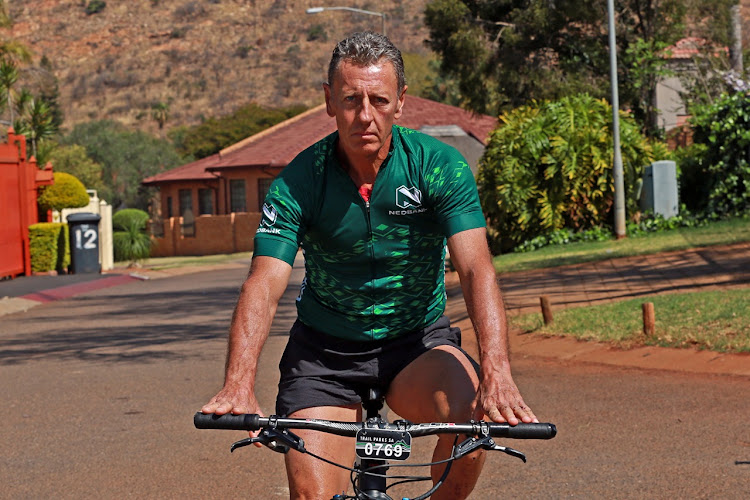 Bester was hospitalised at Life Eugene Marais Hospital in Pretoria, where he spent time in ICU and then high care.

“The first two days were very bad. I had hallucinations and flashbacks, I was dizzy, but with time it will heal. I am feeling better every day, I am recovering very well. I make sure I do all the things I’ve learnt throughout my career, including eating to recover quickly.

“That’s the life I’m used to. That’s what has helped me recover quickly. Blood must flow. Blood is life, it’s oxygen.”

Bester said he had no plans to leave the country or change his lifestyle because of crime.

“I love this country. One just needs to be more aware. Crime is bad. The justice system must just step up.”

Man who vowed to defend cops is killed in home ...

He lost his child to a killer, then the justice ...

Murder no longer in lockdown as crime rebounds in ...

Hunt for killers of pensioner dedicated to faith ...