Johan Kriek, who was stabbed in a vicious attack, was ‘always willing to go the extra mile’ for those in trauma 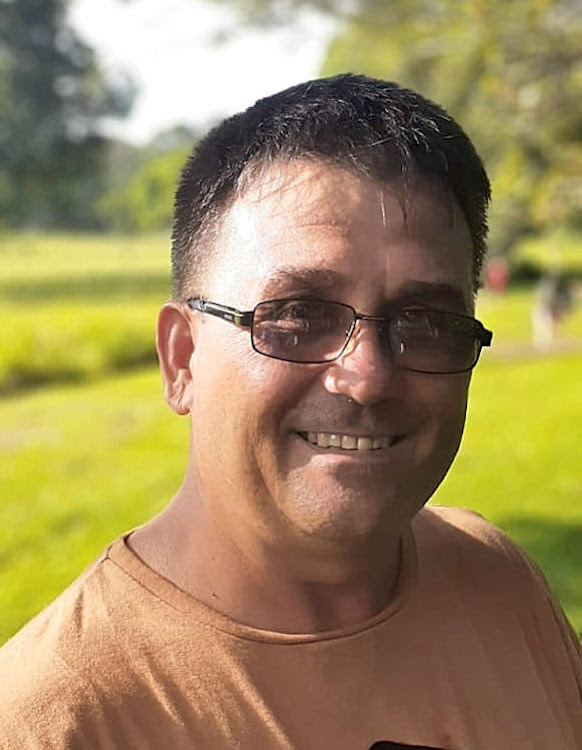 'Always helping others' Johan Kriek, 53, was fatally stabbed on Tuesday morning while trying to fight off two intruders in his Westville home.
Image: Supplied

Four days ago 53-year-old Johan Kriek posted on Facebook: “If I see a police officer being injured or attacked, I will defend their life.”

On Tuesday morning, Kriek, a branch manager at Rieks Towing in Durban, was brutally stabbed in his home in Westville North while trying to defend his family. He went into cardiac arrest and later died.

“It is alleged that this morning at 5.30, a home owner opened the front door to let the dogs out when she was confronted by two males wearing balaclavas. They forced themselves into the house and a confrontation between the suspects and the family ensued. A 53-year-old father was stabbed in the chest and his 18-year-old son was also stabbed in the right thigh. The suspects took a cellphone, wallet and fled the scene,” Gwala said.

Advanced life paramedic Garrith Jamieson said that shortly after being treated at the scene, Kriek went into cardiac arrest and died.

His son is understood be in a stable condition in hospital.

A member of the local neighbourhood watch, who wanted to remain anonymous, said he arrived at the scene to find Johan on the ground with his son by his side.

“I didn’t think his injury was all that bad at first because he was awake and was even communicating. He said that he was ‘very sore’, but I guess that’s the thing with internal injuries – you can’t tell the extent of the damage.”

Another senior watch member revealed they had been chasing a number of men who were jumping into people’s yards in the early hours.

“I can’t tell you if it was the same men who committed the home invasion, all I can confirm is that we were chasing suspects.”

Micheal van der Meulen of Westville North Cowies Projects (WNCP), a community non-profit company that supports neighbourhood watches through its community control room and CCTV cameras, said that over the past five years there had been at least five murders in the area.

Van Der Meulen, who has also been a victim of a home invasion, said WNCP had invested in the control room and cameras over the past year.

“We understand that any community is vulnerable to crime but we are vulnerable because of the poorly maintained fences on the M19 and M13 which are used as escape routes and hideouts for criminals. The municipality assisted by erecting security fences in the New Germany Nature Reserve, which is also used as an escape route for criminals, but the main point of concern is the M19.”

The M19 highway, between Pinetown and Westville, which borders Kriek’s home, has been a point of contention for some time.

It was along this highway that Moses Mavila, the “Durban highway rapist”, attacked his victims at spots along the busy freeway. He was found guilty of 30 counts of rape committed between 2016 and 2019.

Local ward councillor Melanie Brauteseth said she had spoken to the provincial department of transport in the past about fencing the M19.

“About a year ago there were talks of a project, but as you know these things take time. They have to issue a tender and go through all the relevant procurement processes before things can start getting done.”

Brauteseth said she had engaged with a member of parliament to escalate the matter with MEC for transport and community and safety liaison Bheki Ntuli.

Times Select understands that there were fences along the M19 highway, but they were stolen or damaged over the years.

Department spokesperson Kwanele Ncalane could not be reached for comment.

FleetWatch, an online trucking magazine, described Kriek as a man who helped many road users and was always willing to go the extra mile.

“Johan was a man who came to the help of so many people out on the roads. He and his team worked closely with emergency services on crash scenes and he was always willing to go the extra mile in helping others during their times of trauma,” a post on Facebook read.

“FleetWatch extends sincere condolences to Johan’s family, friends and all his colleagues at Rieks Towing. He will be sorely missed. May he RIP.”

He lost his child to a killer, then the justice ...

Murdered women’s loved ones fight to create a ...

Murder no longer in lockdown as crime rebounds in ...

‘We’re not nothing, we’re normal’: be inspired by these disabled men