How Cyril defeated Zuma faction’s ‘planned’ attack and came out ...

NEC saw an ‘orchestrated’ attempt to oust Ramaphosa, but ANC rallied behind him when it counted 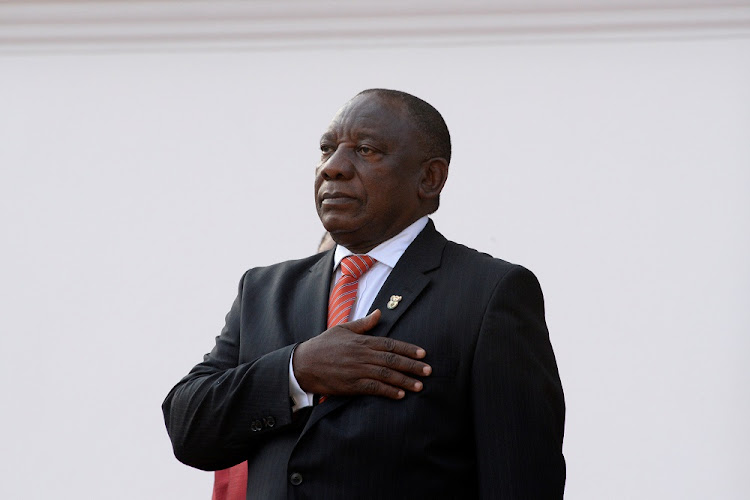 The plan by ANC members of the “Radical Economic Faction” to frustrate party President Cyril Ramaphosa at the national executive committee meeting this week has failed spectacularly.

In fact, Ramaphosa emerged from the meeting with a strengthened hand, as the meeting endorsed a controversial letter he had penned to ANC members, telling them to desist from corrupt practices.

This was despite attempts by former ANC president Jacob Zuma to set the tone for an attack on Ramaphosa when he wrote a letter attacking the president on Friday, claiming the letter the incumbent had sent to ANC members had been a betrayal of the party.

Zuma’s letter had followed one by former ANCYL leader Andile Lungisa, who called on Ramaphosa to be hauled before the party’s integrity commission to answer questions about his Nasrec conference CR17 campaign funding.

But in a post-NEC press briefing on Monday, the ANC rallied behind Ramaphosa, saying all these events were part of an “orchestrated plan” to attack their president.

The party called the actions of the RET faction a “choreographed” attempt to undermine Ramaphosa’s leadership and anti-corruption stance.

The outcome of the weekend meeting could be seen as a show of strength by Ramaphosa and those who back him within the ANC NEC.

One of Ramaphosa’s strong backers is ANC national chairperson Gwede Mantashe, who stated categorically at the Monday briefing that the ANC could only have one president at a time, a clear rejection of Zuma’s letter.

Mantashe also rejected calls by members of the RET faction for Ramaphosa to step down.

“Comrade Tony [Yengeni] asking the president to resign was actually a media story than a report of the NWC [national working committee] to the NEC of the ANC,” said Mantashe.

“In any organisation, a motion is a motion when it is proposed and seconded. If one member makes a comment and nobody supports that comment, it  cannot be treated as a motion of a meeting.

“Comrade Tony made the comment in the NWC, but before we left the NWC the story was ‘ANC heavyweight asking Ramaphosa to step aside’, so it was a planted story and it had nothing to do with the NWC and NEC of the ANC,” Mantashe went on.

“The endorsement of Ramaphosa letter is not against the Zuma letter, but the NEC endorsing the letter of the president affirms two organisational principles – at any given time there is one president, and when the president communicates with membership that is the communication of the organisation.”

Mantashe said it was “taboo” for Zuma to attack his successor.

It was for this reason that Zuma’s actions became suspicious from the onset, leading to the ANC defending Ramaphosa.

“The reason this Zuma letter became suspicious is because it followed a letter by Andile Lungisa, and another letter by another group and other things, so it looks like a choreographed attack on the president,” said Mantashe.

Mantashe said it was the responsibility of the ANC NEC to “kill” any attack on Ramaphosa because it was an attack on the ANC.

Ramaphosa also rejected the letter, saying he wouldn’t even publicly entertain it.

To him, as the adage goes, it was one of the those instances where the tallest tree catches the most wind.

Ramaphosa added he had never been scared of subjecting himself to the integrity commission for CR17 funding.

The only reason he had not until now was because the public protector report was the subject of legal challenges.

I did of my volition suggest that it is important for the ANC to come up with guidelines on funding for internal leadership contests.

Furthermore, Ramaphosa said, it was malicious for his detractors to harp on about his CR17 funding when the ANC did not have clear guidelines on funding for internal leadership contests.

“I did of my volition suggest that it is important for the ANC to come up with guidelines that will regulate how leadership contests should be conducted,” he said.

“This is because over years we have seen leadership contests resulting in processes and actions that we have never had in our organisation. We now need to regulate these and sometimes we learn from experience, so I will be raising that too  before the integrity commission.

“But it is up to the ANC and its structures to come up with regulations to deal precisely with this issue we went through going towards Nasrec.”

‘You do not want your visit to your grandparents ...

Cash, bags and the Guptas: bodyguards spill the ...

He lost his child to a killer, then the justice system stole his hope