‘You can’t put child rapists back into society – and we can’t ... 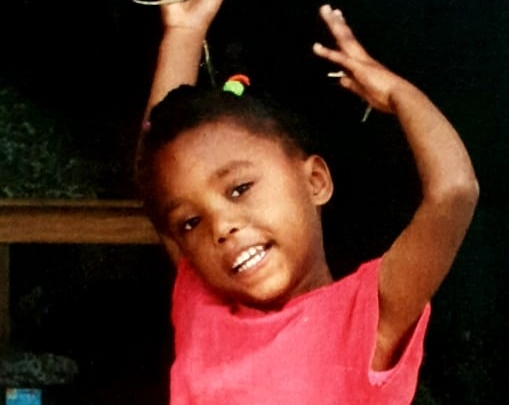 Brutally murdered The man charged with killing Delvinia Europa has been sentenced to two life terms, but experts say the justice system has failed the family.
Image: Supplied

For two days in March 2019, the tight–knit community of Elim searched for their beloved Delvinia Europa, unaware that she had been taken from them by a predator they were all too familiar with.

They would soon find out that Reagan Zietsman, a 35-year-old friend of Delvinia’s father, had brought the SA’s rape and murder pandemic to their tranquil Overberg district town. This pandemic has, since January 2020, resulted in 42 children killed in the Western Cape, far more than in the Covid-19 pandemic.

When Delvinia’s body was found by a female resident in a puddle of cold water, the town’s apparent paradise was lost.

The little girl’s body was grotesquely displayed, her limbs in the posture in which Zietsman had left her when he committed an unspeakable act of sexual violence and murder.

State pathologist Dr Louise Kruger said the attack left the six-year-old with physical damage that, had she not been smothered to death, she may eventually have died from.

When career policeman of 16 years, Sgt Carlo Alexander, was called to attend to the scene his experience on the visible policing beat in the Overberg farming region could not have prepared him for what he was about to witness.

Delvinia’s body was displayed half-naked, her purple, long-sleeve T-shirt pulled over one shoulder. She had a single takkie on.

The officer, himself the father of two daughters, placed his raincoat over the body until forensic services arrived, but he said the memory had already been etched into his mind.

Alexander told the Western Cape High Court on Tuesday that after Zietsman’s arrest he had nightmares for weeks – because only two weeks before the incident Zeitsman had been in his home.

National Prosecuting Authority spokesperson Eric Ntabazalila, who sat in on court proceedings in Bredasdorp last week, said Zietsman’s elder brother was Alexander’s friend and they all grew up in the small, tight community.

In my 16 years in the police service, I have never seen such gruesome attack on a child.

“In my 16 years in the police service I have never seen such a gruesome attack on a child,” said Alexander.

“It was a shock to find such a small figure in that pool of water. It was the most gruesome scene I have ever seen. If the community brought the accused at the scene then, I would have shot that man dead.

“I was so traumatised and had nightmares because this man had visited my house two weeks before the incident and I have two girls in my house.”

As if the scene and the horrific outcome wasn’t heartbreaking enough, the court heard that Delvinia’s murder may have been avoided.

It was revealed that Zietsman had, just over two years earlier, been convicted of the rape of a 12-year-old girl. He was found guilty in January 2017 but received a five-year suspended sentence. He never saw the inside of a jail cell.

The suspended sentence was granted on condition that he not commit another sexual offence during the five years.

Delvinia was born on October 29 2012. Her mother died in December 2018, after which she lived with her aunt, Carol October. Her father was in regular contact with her. He and Zietsman were social friends and, the court heard, had smoked tik and Mandrax together the night before the murder.

“In 2019 Delvinia attended Elim Primary School and was in Grade 1. She was proud of her school uniform. Her favourite game was to play school and she would take the role of the teacher,” read the judgment.

“Delvinia was doted upon by her grandfather who was wheelchair bound. He passed away brokenhearted in January 2020,” said Sievers.

“Delvinia was universally described as a lovely, friendly, beautiful and intelligent child. One the morning of 24 March 2019 she had sung happy birthday to an uncle with whom her father resided. She brought happiness to those around her,” Sievers added.

The night before the murder, on Saturday, March 23 2019, Zietsman had smoked tik and Mandrax with Delvinia’s father, David Jagers.

The next day Zietsman woke and smoked more Mandrax before walking to Delvinia’s house. When he found that Jagers was not there, he took Delvinia with him on a walk for more than 1km, over fields and through two fences, before arriving behind the Elim School for the Disabled. It was here that he raped and murdered the little girl.

Sievers, who sentenced Zietsman to two concurrent life sentences on Friday for rape and murder, along with eight years for kidnapping and another five  for defeating the ends of justice, said the predator displayed no remorse.

“When questioned by the accused’s legal representative with regard to the character of the accused, Sgt Alexander testified that, over and above the previous conviction, the accused had on more than one other occasion been accused of rape,” read Sievers’s judgment.

His parents had been forced to obtain a family violence interdict against him. His aberrant behaviour was, if anything, escalating over time.

“His parents had been forced to obtain a family violence interdict against him. His aberrant behaviour was, if anything, escalating over time. This was not placed in dispute,” read the judgment.

Sexual offences experts Dr Benita Moolman, who heads the University of Cape Town’s Global Citizenship Programme, and Dr Marcel Londt, head of the University of the Western Cape’s social work department, were both shocked into disbelief that a court could have handed Zietsman a suspended sentence for raping a minor.

They said violent sexual offenders who prey on minors usually have many more victims than society is aware of. They added that due to their compliant nature and charm they often make model prisoners and therefore often serve shorter jail terms since they are let out for good behaviour once eligible for parole.

Moolman, who did her dissertation on sex offending and masculinity, said the research on sex offenders, specifically those who prey on minors, shows they will reoffend.

She was critical of Sievers’s judgment, saying the law did not take into account the nature of sex offenders and the inability of the SA prison system to treat them.

“Sentences should run consecutively. It’s not about the 25 years of life imprisonment because the possibility of good behaviour can allow an inmate to be released in 12 to 15 years, and that’s definitely not enough time,” she said.

“I’ve said it before, in many places, that we need to deal with sex offending as addictions. There’s literature that backs this up. If you think of it as an addiction [then] it’s going to happen for the rest of the sex offender’s life unless there is serious treatment and monitoring over a lengthy period of time. Definitely not 12 years,” said Moolman.

She said there was no treatment in prison for these perpetrators, therefore judges needed to think of the safety of communities and children when handing down sentences.

She said she couldn’t conceive of the rationale to sentence someone found guilty of the rape of a minor to anything less than a minimum of 10 years.

“I can’t see the rationale at all; the legislation used to be [that] the rape of a minor child is life imprisonment. The thing that sometimes gets used is if it’s a first-time offender,” she said, reflecting on Zietsman’s suspended sentence.

By the time they get to court there were already several crimes of violence and rape that they’ve committed.

“There’s no such thing as a first-time offender. By the time they get to court there were already several crimes of violence and rape that they’ve committed that just have never gotten to the stage of a criminal process. They are not really first-time offenders, it’s just the first time it gets to court.

“You cannot allow someone like this back into society,” said Moolman.

‘I have never seen such a gruesome attack on a ...

All four of my children were raped by their ...

Be very careful who you parole, begs murdered ...

‘Shockingly inappropriate’: magistrate gets no ...