But Al Mawashi and agri body welcome the court’s decision ending a long tug of war over 72,000 animals 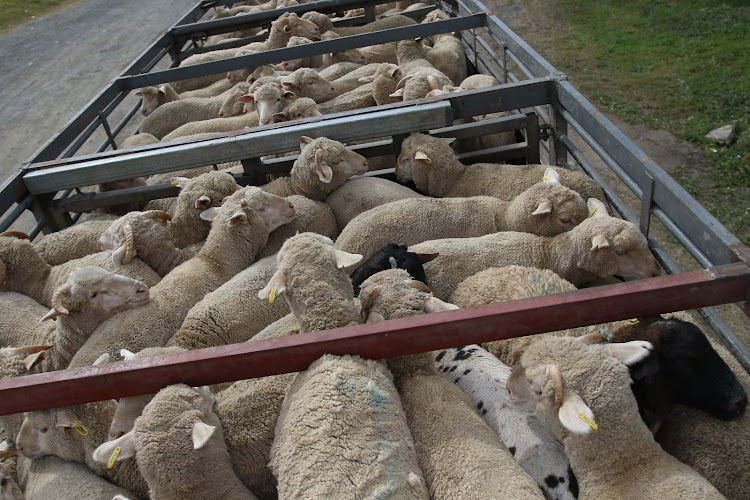 Fate sealed Al Mawashi was planning to export 72,000 sheep on June 9. They have been quarantined since early May at the Castledale Feedlot in Berlin, Eastern Cape.
Image: Michael Pinyana

Kuwait-based animal exporter Al Mawashi will start loading thousands of sheep onto a livestock carrier docked in East London for transport to the Middle East following a victory in the Makhanda (Grahamstown) court on Tuesday.

“The high court’s decision reiterates what we have said for months,” said Ilyaas Ally, MD of Al Mawashi South Africa.

“Live exports are legal in SA and in many parts in the developed and developing worlds. Animal welfare groups’ concerns about live exports are often negatively, dramatically and falsely overstated.”

Ally said the animals were shipped in line with the requirements of the World Animal Health Organisation (OIE) codes and the provisions of SA’s Animal Protection Act.

The company claimed in court papers that the maintenance of the sheep combined with harbour fees was costing it R1m a day.

Its decision will also ease the company’s financial stress. Its vessel, the Al Messilah, has been docked at East London harbour pending the outcome of the court case.

The company claimed in court papers that the maintenance of the sheep combined with harbour fees was costing it R1m a day.

The judgment will be a bitter blow to the National Council of SPCAs which had sought to keep in place an urgent interim interdict forbidding the export of the 72,000 sheep to the Middle East. The sheep are being kept at the Castledale feedlot near East London.

The NSPCA wanted the interim order to remain in place pending its much bigger court application in which it is asking the court to prohibit in its entirety the export of sheep by ship across the equator – a practice it says is inhumane and cruel.

In a four-page court order, acting judge Nceba Dukada instead ruled that the department of agriculture, land reform and rural development should strictly monitor the loading and transport of the sheep to ensure Al Mawashi complied with the World Organisation for Animal Health’s (OIE) animal welfare regulations.

The NSPCA contended in papers that these requirements were less onerous than the Animal Protection Act which it says is the appropriate measure to apply in SA.

“We have exceeded on all animal welfare standards during all shipments between SA and the Middle East since live exports started in 2019,” he said.

Dukada ordered the department to report its findings to the court in an affidavit within a day of the sheep being loaded.

We cannot believe that there’s no mention of what is most important – and that is that the ship is leaving in the hottest month.

Only if there was compliance with OIE regulations could Al Mawashi then apply for an export permit.

Dukada indicated he would provide reasons for his order by September 15.

“We cannot believe that there’s no mention of what is most important – and that is that the ship is leaving in the hottest month.”

The NSPCA would continue to monitor the ship in terms of the Animal Protection Act.

“Agri Eastern Cape has always maintained that the export of live animals by sea can be done in a humane and responsible manner giving due consideration to animal welfare,” said spokesperson Natasja Barkhuizen.

Shipping live animals was the only practical method of ensuring an affordable animal protein source for food-insecure countries, she said.

“Based on the two previous shipments done by Al Mawashi with extremely low mortality rates, well below internationally accepted levels, it was always our view that the arguments presented by the NSPCA were not relevant to Al Mawashi and the South African live animal export situation.”

Instead, Agri Eastern Cape called on the NSPCA to focus on other areas where animal abuse was occurring.

“Livestock and game farmers are buckling under the scourge of stock theft and illegal poaching with dog packs,” said Barkhuizen.

“We receive daily reports of animals butchered in large numbers, under the most horrific circumstances, and packs of dogs being intentionally set amongst herds of game to maul and kill, often just as a sport.”

Tony Gerrans, executive director of  the Africa branch of animal welfare group Humane Society International (HSI), one of the groups backing the NSPCA court action, said it was too early to comment on the ruling.

“We have not yet had a chance to see the reasoning of the court, only the order issued today. So we cannot yet engage with the substance of the decision.”

The agriculture department did not respond to a request for comment by the time of publication.

Sheep lobbyists are pulling the wool over ...

IS terror group in Moz is getting manpower, money from SA: Hawks