The sad news can be a devastating blow for pupils. An expert explains how to help them through it 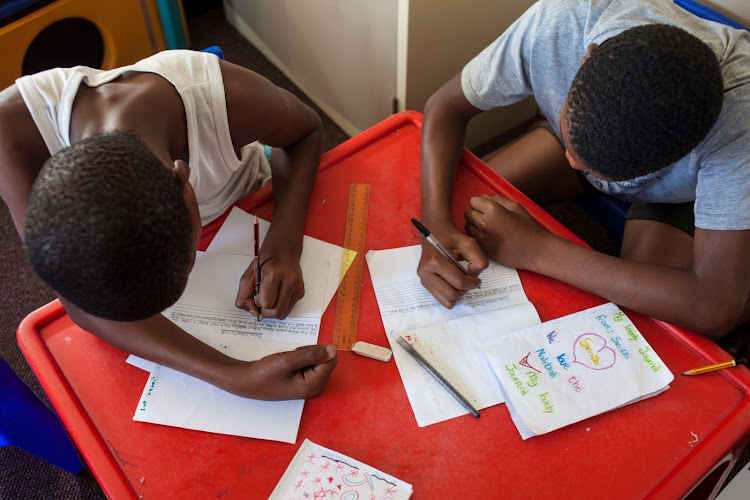 For Grade 6 pupil Iminathi Mthimunye it was difficult to return to school this week. She is one of many schoolchildren having to deal with a harsh reality of Covid-19: the loss of a teacher.

Her mother, Lonwabo, told Times Select it was not easy allaying her child’s fears of Covid-19 when people close to her, including one of her teachers, had succumbed to the virus.

“You tell the child that everything will be okay if they follow guidelines – guidelines that their own school would have taught them about – and then the next thing their very own teacher dies of the same disease. How do you take your child back to school after that without traumatising them?” said Lonwabo Mthimunye.

She said breaking the news to her child that a teacher at their school had died was tough. It also raised questions about whether it was safe for her daughter to return to school at all.

“I decided to leave the ball in her court and ask her to decide if she wants to go back or continue studying from home. But our children are so brave, despite the fear and all, they are brave. She chose to go back,” said Mthimunye.

But our children are so brave, despite the fear and all, they are brave.

The national department of basic education has not released statistics on the number of teachers who have died of Covid-10. But numbers released by some provinces show that up until July 24, 12 teachers had died in Gauteng, 22 in the Western Cape, 12 in KwaZulu-Natal and eight in the Eastern Cape.

Another parent with children in a Johannesburg primary school, *Bathandwa Simelane, said her two children had already been going to school on a rotational bases when they heard that a teacher of theirs – whom they had seen just days before – had died.

“They sent us an e-mail to tell us what had happened to the teacher and also posted on the school’s Facebook page. According to them it was not Covid but a heart attack,” said Simelane.

She had to digest the news first before figuring out a way to break the news to her own children.

“I called my kids and asked them if they remembered this teacher. And they said: ‘Yeah, he was in school during the week’,” said Simelane.

He had died over the weekend.

“I said: ‘Well, he’s passed away.’ The older child was totally shocked, went into the bathroom by herself and then came back crying, so I just tried to make conversation about the teacher. She told me she had seen him during the week and he was just fine,” said Simelane.

The younger one asked questions about the finality of death.

“He asked me if he is dead dead dead. I explained to him what happened.”

Counselling psychologist Clarette Lubbe told Time Select it was important for parents to have an understanding of how their children were affected by a death.

Depending on the age of a child, there were different ways to deliver the news of death.

Lubbe advised that for children under five it was best to use direct words to explain death and avoid euphemisms.

“Kids at that age are very literal, so perhaps explain that a person was too sick for their bodies to be better and that they have died. Older kids may need to have more detailed explanations about the case of the death.”

Lubbe said it was important for parents to open the communication channels so that a child may come back and ask further questions if they had any.

In terms of dealing with the fear of contracting Covid-19, she said it was important for parents to educate children about things that were in their control, such as keeping social distancing, practising hygiene and wearing a mask.

Children should also be taught that there are things that may sometimes be out of their control – such as if they should get the virus their bodies may react in different ways, with some people overcoming it and others not.

“It is just important to listen to your child and get an understanding of where they are,” she said.

She advised parents to ask questions such as: “When Mommy has lost a loved one, she gets hurt and cries. How  are you? How has this death affected you?”

Children should be encouraged to write or draw about how the situation has affected them and how they feel. Creating a memory box or even planting a flower in remembrance of the deceased teacher may also help a child deal with it.

Lubbe said it was also important for parents not to dismiss children’s feelings by saying they were not that close to the deceased teacher.

“Grief comes in waves and each child deals with it differently,” she added. – additional reporting by Prega Govender

* Not her real name.

Teaching granny sticks it to Covid-19 to fire up ...

This is why you can’t trust scientists who want ...

Test of patience: teachers twiddle thumbs as they ...