The little elephant is back – and it’s all thanks to peanut ...

Somali elephant shrews were thought to be extinct, but now the lure of snacks has proved them to be alive and well 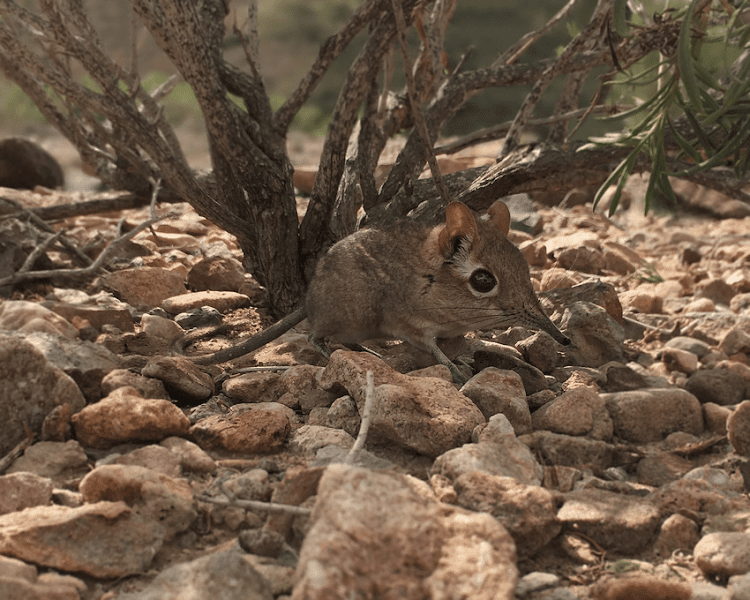 The once-lost Somali sengi, or Somali elephant shrew, has been rediscovered in Djibouti after 50 years.

Research scientist Steven Heritage from the Duke University Lemur Center in Durham, US, was part of an expedition to the Horn of Africa last year where this species was found – alive and well.

Using baited traps with a dry mixture of unsweetened peanut butter, rolled oats and a yeast spread (a substance similar to Marmite), scientists were able to lure eight Somali sengis from 1,259 traps in 12 trapping sites in the country.

According to the Kruger National Park’s Siyabona Africa portal, elephant shrews are found only in Africa and make up part of what is known as the Little Five. Other species include ant lions, leopard tortoises, buffalo weavers and rhino beetles. They are the small counterparts to the famous Big Five animals sought out by tourists to the continent.

According to the Britannica encyclopedia, elephant-shrews are a distinct order possibly related to rabbits and rodents. Some data, however, suggests they may be more closely related to an ancient group that gave rise to the aardvarks, elephants, hyraxes and sirenians.

The mammal is so named because of its long snout, which looks like an elephant trunk, and it is actually more related to elephants than to shrews. This discovery in the early 1990s led to Oxford University zoologist and author Jonathan Kindon naming the species “Sengis”.

In SA the Eastern rock elephant shrew is an uncommon, but not endangered, inhabitant of rock boulders and debris in crevices as well as valley floors and planes, according to the Kruger National Park.

In an article published this month, titled “New records of a lost species and a geographic range expansion for sengis in the Horn of Africa”, Heritage wrote that almost everything written about the Somali elephant shrew was derived from only 37 museum specimens and a collection of notes combined with what is known about other species of elephant shrew.

“While the species is historically documented as endemic to Somalia, these new records are from the neighbouring Republic of Djibouti and thus expand the Somali sengi’s known range in the Horn of Africa. Furthermore, Djiboutian locality data near international borders suggests that the Somali Sengi is also a current inhabitant of both Somalia and Ethiopia,” he wrote.

According to Heritage, an analysis of ancestral biogeography reveals that the Somali sengi has inhabited the Horn of Africa for more than 5.4 million years.

“To our knowledge, it has been nearly 50 years since any institution has vouchered new Somali sengi specimens, and there have never been scientiﬁc reports that document living individuals.”

Fieldwork began on February 1 and was conducted over 15 days whereby live traps were set each afternoon at about 5pm and collected again at about 7am the next morning. In each of the 12 trapping sites, 80 to 90 traps were set 10 paces apart.

Besides the Sengis, 263 spiny mice, 17 gerbils and one gundi (comb rat) were also found in the traps.

Proving what we already knew – everybody (and every creature) loves peanut butter.

Hoo boy, that was close! How a twitch saved an ...

Lockdown has gone to the birds as newbies flock ...

Bugs may never hop, but he’ll be the fastest ...

Gauteng contract nurses turn to loan sharks after not being paid