Bored of lockdown? Just paddle to Robben Island on a homemade ...

Bored of lockdown? Just paddle to Robben Island on a homemade raft

Father and son beat the lockdown blues with an impromptu adventure 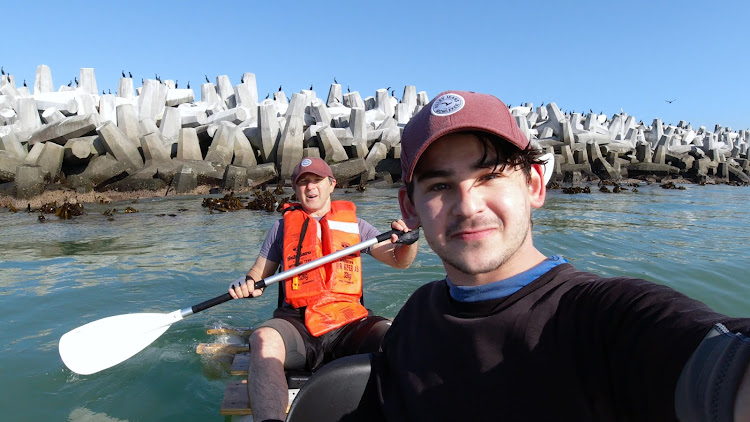 It was meant to be a joke: build a raft during lockdown and paddle to Robben Island.

But the father and son team of Tony and Joshua Rubin from Cape Town did just that, using bits of sewerage pipe they lashed together in the family garage.

“Really it was a joke – I wasn’t expecting it to happen,” Joshua told Times Select last week. The 23-year-old photographer approached his father with the idea, expecting to be rebuffed. “But he said, let’s do it.”

The project was intended partly as some light relief to pass time at the family home in Sunset Beach, where they were in lockdown together. They fastened lengths of pipe together, to which they attached a sitting platform, and tested it in the swimming pool. They then waited for a “weather window” and launched their homemade craft at Big Bay for the 8.3km crossing.

They made it only a short distance before flipping over.  “The waves didn’t look very big from the land,” said Joshua.  “Getting out was very difficult. Two or three times we had to right ourselves. Our raft was basically a big hunk of plastic.”

But the journey became much easier once they made it past the surf zone, with the biggest challenge being Joshua’s fitness. “I’m not a very sporty person, I must be honest – I like to be adventurous, but I have never paddled in an ocean before.” 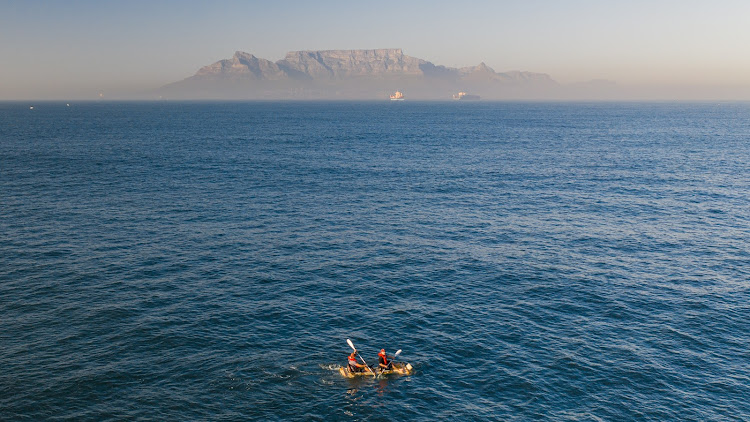 Joshua and Tony Rubin built a homemade raft out of sewerage pipes and paddled to Robben Island during lockdown.
Image: @gingerwithagopro

“But my dad is extremely fit. He has always been doing some form of physical exercise.”

The day of the paddle also turned out to be Tony’s 59th birthday, by far his most memorable to date. “It gave us something to do,” said Tony of the adventure, which involved some internet research and a lot of trial and error. “I went on the internet and found a guy who used plumbing pipe to make a raft. We ended up doing ours with sewerage pipes.”

Tony recalls the startled expression of one onlooker on the beach after they had completed their journey. “He asked where we had just come from and I told him Robben Island. He said, you went to Robben Island on sewerage pipes?”

The Rubins are not the first to make a pilgrimage to the famous prison Island, now a World Heritage Site. In 2013 British adventurer Matt Silver-Vallance flew from the Island to the mainland in a harness suspended by large helium party balloons.

Joshua believes he and his father have more adventures in store, which may provide more material for his YouTube vlog. A previous vlog, entitled Caroline’s First Driving Lesson, featured himself teaching the family’s domestic worker how to drive. It has been viewed more than 24,000 times.

Caroline refused to join Joshua on the Robben Island paddle.

BOOK EXTRACT | Island of dreams: in search of a ...

Eat prey, love: a peek at penguins in times of ...